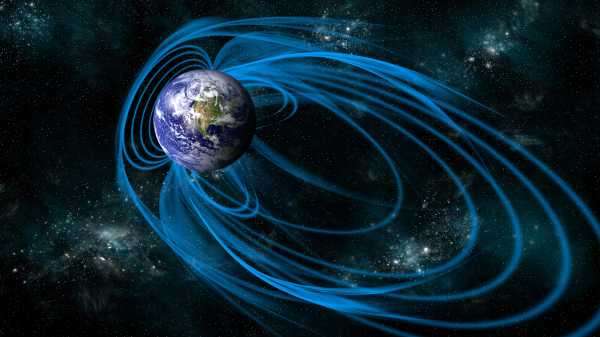 We live on a strange planet. In a solar system of fiery, poisonous hellscapes, icy slush balls and ballooning orbs of gas, Earth is the only planet teeming with sentient, oxygen-breathing life-forms. It is also the only world in the solar system known to be slowly but steadily turning itself inside out through plate tectonics, as the surface crust of the planet dives deep into the mantle.

But Earth’s strangeness goes way, way deeper than that. From its oddball wobble to its wandering magnetic field, here are 10 ways Earth revealed its weirdness in 2019.

as it spins. That wobble has been shifting, and now we know why: It’s our fault. The planet’s spin axis has moved a whopping 34 feet (10.5 meters), and two-thirds of that can be attributed to human-caused global warming since 1899. As glaciers (mostly in Greenland) melt and sea levels rise, the lighter, ice-free continents rise as well and the planet’s mass gets redistributed. That, in turn, alters how the world wobbles. Of course, humans aren’t the sole cause of this wandering wobble; the slow churn of the crust into the mantle is responsible for one-third of the change.

Earth’s wayward magnetic field just can’t seem to stay put. The planet’s prime meridian keeps wandering as magnetic north moves ever onward, traveling from its erstwhile home over the Canadian Arctic toward Siberia. And the field isn’t exactly moving slowly; it has been steadily marching at a pace of about 34 miles (55 kilometers) per year over the last 20 years.

Earth’s magnetic field is generated by the mysterious churning of the planet’s iron core, and for some reason, the field has been weakening in recent years. As a result, magnetic north is on the move.

Want to visit magnetic north? Set your GPS to 86.54 degrees north latitude and 170.88 degrees east longitude, smack dab in the Arctic Ocean, according to the National Centers for Environmental Information, which released a model of the magnetic field on Dec. 10. 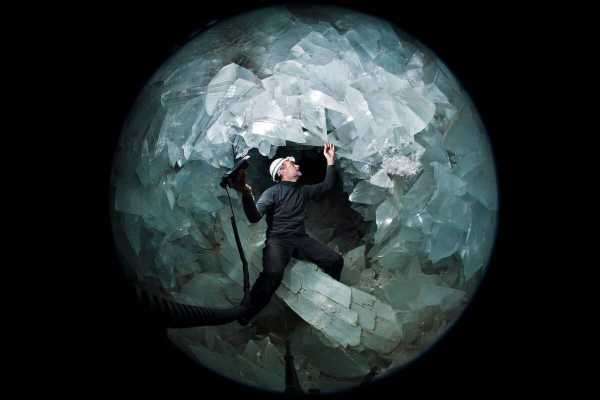 Proving that Earth has a flare for the dramatic, the planet decided to make a massive room of pure crystal, just because. The technical term for this glittering excess is a geode, and it forms when water seeps into hollow rock, allowing water and minerals in the rock to chemically react and form crystals within the rock’s interior.

This particular example, known as the Pulpí geode, is the world’s largest, and it can be reached only by descending into an abandoned mine in Spain.

The icy, clear spears of rock are composed of gypsum crystals, formed through the chemical reaction between calcium sulfate and water over eons. But how did the world’s largest geode arise? This year, scientists discovered that the geological wonder formed at least 60,000 years ago and that the raw material, the calcium sulfate, that makes up the geode entered the region when the Mediterranean Sea sea drained like a bathtub, roughly 5.5 million years ago. The crystals themselves, however, didn’t start forming until 2 million years ago at the earliest, the study found. 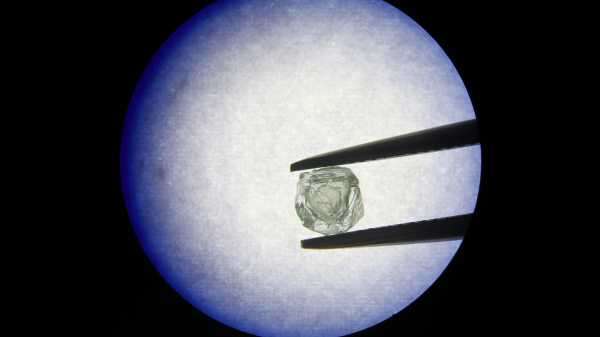 Clearly, Earth loves its bling. Case in point: this diamond-in-a-diamond. Not content to produce ordinary gemstones, our planet created this Russian nesting doll of minerals. The diamond-within-a-diamond was found earlier this year in a mine in Yakutia, Russia.

But how did this ultrarare double diamond form? It’s likely that the tiny diamond formed first and the larger one solidified around it afterward, according to the mining company that found the gemstone. The first diamond could have become coated in a polycrystalline diamond substance, a grit that’s not quite the same, structurally, as the fully formed crystal. The outer diamond likely then began forming around that, and then the mantle squeezed and heated the newly formed gem until the diamond grit dissolved. That left the tiny diamond inside the larger diamond shell.

A never-before-found mineral was discovered 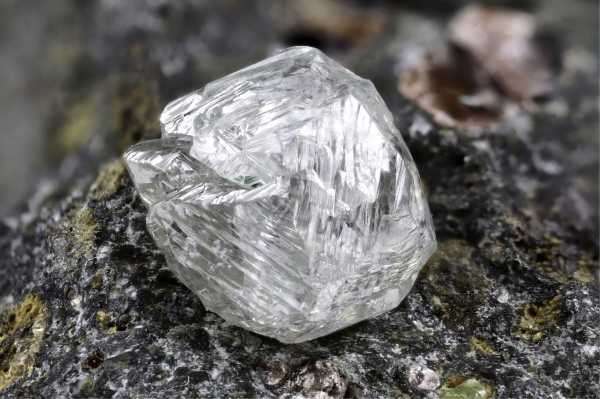 Another diamond, this one uncovered in South Africa, also revealed a hidden surprise: a never-before-found mineral. The dark green mineral was discovered at the volcanic site known as as the Koffiefontein pipe, where dark igneous rocks sparkle with hidden diamonds. The discoverers named the mineral goldschmidtite, after famed geologist Victor Moritz Goldschmidt.

But just where did this grain of goldschmidtite come from, and what does it reveal about our weirdo planet? It turns out, the diamond formed in Earth’s mantle, the molten middle layer. What’s so unusual is the newly discovered mineral’s composition: The rock is full of niobium and the rare-Earth elements lanthanum and cerium. That means something strange had to happen to bring these rare elements together, as the mantle is mostly composed of more common elements like magnesium and iron.

Earth showed off this freaky sunset 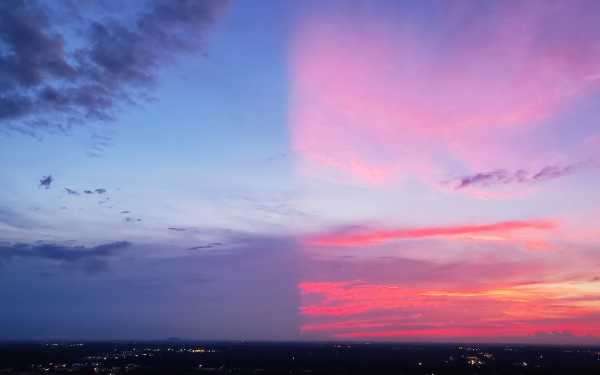 Earth’s weirdness was on full display this July when a North Carolina resident snapped a photo of this gorgeous split sunset. Though it looks like a poor Photoshop job, the picture is real. The weird split-screen effect was caused by a cloud sitting low on the horizon on the left-hand side. The setting sun hit the cloud, which cast a shadow and prevented the sun’s light from reaching the smaller clouds below their larger counterpart. On the right-hand side, no such cloud blocks the fiery light of the sunset, hence its more intense hue.

A lost continent is hiding under Europe 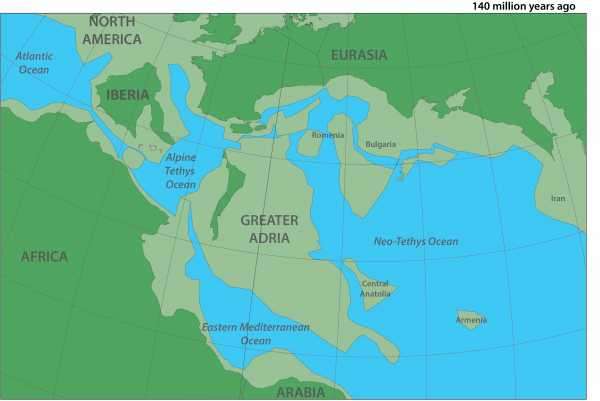 We misplace our keys; the planet misplaces its continents. It turns out there’s an entire continent, known as Greater Adria, buried beneath Europe. The ancient continent split off from the supercontinent known as Gondwana, which was made up of what is now Africa, Antarctica, South America, Australia and other major landmasses. And this year, researchers created the most precise reconstruction yet of this lost continent, by piecing together ancient rocks from Greater Adria that are still scattered across modern Europe.

Even during its heyday, Greater Adria wouldn’t have been completely above water, but rather would have been a string of islands, researchers said. Adria’s demise had begun by about 100 million to 120 million years ago, when the now-lost continent crashed into Europe and began diving below it. Some of Greater Adria was scraped off and crumpled in the process, creating the Alps.

A volcano erupted without warning 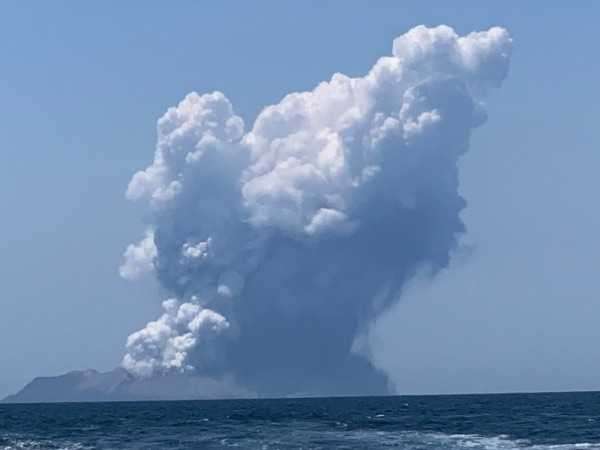 Earth can be dangerously unpredictable. That was the case on Dec. 9, when the White Island volcano in New Zealand erupted, ultimately killing 17 people. The volcano gave little warning that it was rumbling before the deadly explosion.

But why was the eruption so hard to predict? According to GeoNet, the country’s geological hazard-monitoring system, the eruption was “impulsive and short-lived.” The volcano is prone to such unpredictable eruptions because its shallow magma chamber heats the surrounding rocks, trapping superheated, pressurized water in their pores. Myriad tiny shifts, such as changes in nearby lake levels or small earthquakes, can release the pressure on this trapped water, suddenly tipping the system toward a phreatic, or steam, eruption. That steam rapidly expands in volume, shattering rocks and sending “hurricanes” of wet ash into the air. 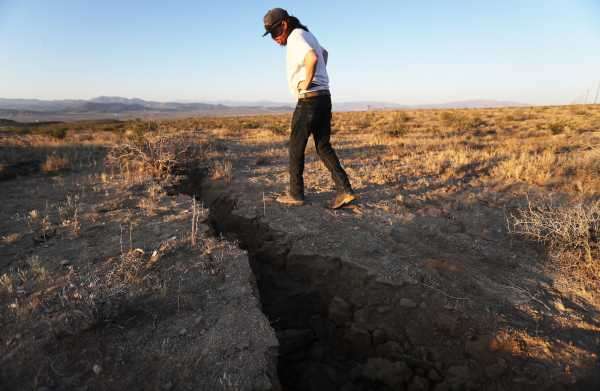 This summer, the biggest quakes to rattle Southern California in decades ruptured the ground in weird ways. On July 4, a magnitude 6.4 temblor shook Ridgecrest, a remote town in the remote Mojave Desert. Just a day later, a magnitude 7.1 quake ripped the earth 6.8 miles (11 km) away from that spot.

The earthquakes jangled a massive system of small, parallel and perpendicular faults that look a bit like a “hanging shoe organizer,” Susanne Jänecke, a geoscientist at Utah State University, told Live Science at the time.

And the way those faults ruptured was very unusual. The faults in the two quakes were perpendicular to one another, and until this quake,  geologists used to consider such perpendicular ruptures rare. The July 4 quake seemed to rupture the fault system in a complicated, messy way, geologists said.

Together, the quakes suggest that California’s seismic action may be moving away from the more well-known San Andreas fault to the more inland, eastern California shear zone, experts told Live Science. 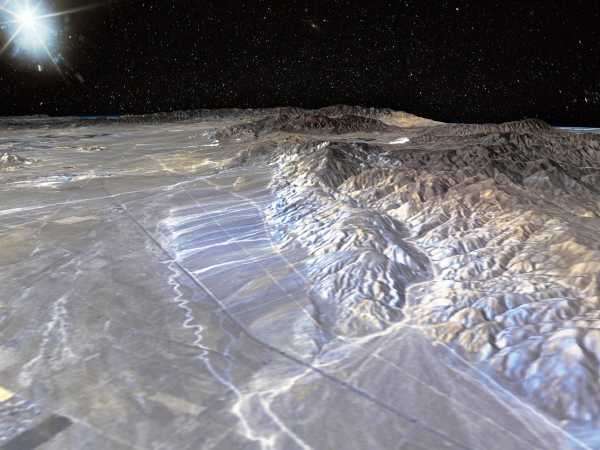 In October, a study confirmed that the twin July quakes in Southern California had led to something more ominous.

The quakes caused slipping on the Garlock fault, a so-called “quiet” fault at the Mojave’s boundary that had not budged in 500 years. The Garlock fault is capable of producing a magnitude 7.8 temblor.

Even more disconcerting, the two quakes revealed that faults can “link up” in a network to spread powerful quakes. Previously, seismologists believed that slippage usually occurred on only a single fault and that the maximum possible quake magnitude was determined by the length of that slip boundary.

The fact that faults can link up makes it much more challenging to predict all possible quakes, seismologists said.

“It becomes an almost intractable problem to construct every possible scenario of these faults failing together — especially when you consider that the faults that ruptured during the Ridgecrest sequence were unmapped in the first place,” Zachary Ross, author of the study, and an assistant professor of geophysics at Caltech, said in a statement.

Orangutans and otters strike up darling friendship at Belgium zoo

Bible is wrong: One mistranslation completely changes a Book of Exodus...