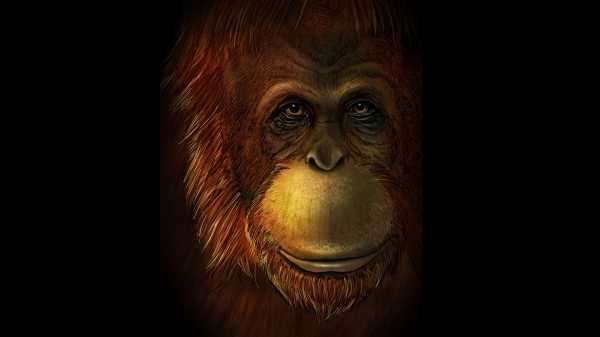 The mythical and elusive “Bigfoot” is a creature of legend, but for millions of years, the original Bigfoot — a shaggy, bipedal ape twice the size of an adult human — roamed the forests of Southeast Asia, before going extinct hundreds of thousands of years ago.

Scientists are now developing a clearer picture of the giant animal’s place on the primate family tree, after conducting groundbreaking analysis of proteins in tooth enamel dating to nearly 2 million years ago.

dwarfed the great apes that live today; it stood around 10 feet (3 meters) tall and weighed up to 595 lbs. (270 kilograms). But as massive as Gigantopithecus was in life, fossils of the hefty primate have been few and hard to find — thousands of teeth and four partial jaws — leaving many questions about the extinct ape’s evolutionary lineage and appearance.

Genetic analysis of fossils can provide important clues about long-extinct animals, but in very old fossils from warm, humid geographic regions, the DNA is usually too degraded to be of much use. For example, in subtropical Asia where Gigantopithecus lived, the only viable DNA previously obtained came from other animals’ fossils that were no more than 10,000 years years old, according to a new study, published online today (Nov. 13) in the journal Nature.

However, the study authors had recently devised a new method for recovering and reconstructing protein sequences from dental enamel, and they tested this technique on a Gigantopithecus molar dating to 1.9 million years ago. They then compared what they found to a database of protein sequences from great apes alive today. 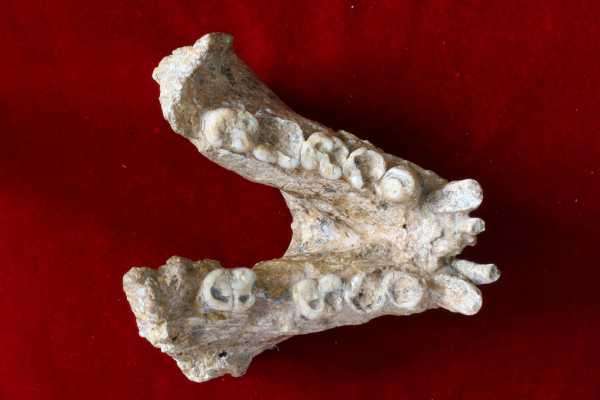 Gigantopithecus blacki fossils are rare finds, consisting mostly of teeth and a few partial jaws, such as this mandible.

They found that the extinct “Bigfoot” isn’t a close human relative, like chimpanzees and bonobos. Rather, the sequences that most resembled Gigantopithecus proteins belonged to modern orangutans, and the giant ape’s lineage is thought to have split from its cousin’s around 12 million to 10 million years ago, the scientists wrote in the study. The success of their method raises intriguing possibilities for investigating protein sequences in other extinct primates from tropical areas — “namely, extinct species more closely associated with our own evolutionary lineage,” Cappellini said.

In reconstructions, Gigantopithecus often resembles an oversize orangutan; in the past, these artistic representations have been based on limited information from the fossils and from what was known about the primate’s range and ancient habitat, Cappellini said. But even though the new evidence confirms a close evolutionary relationship between Gigantopithecus and orangutans, the data can’t tell scientists what the extinct ape may have looked like, Cappellini added.

“The information we retrieved can’t say anything about appearance, phenotype or biology,” Cappellini explained. “There’s no evidence for that.”