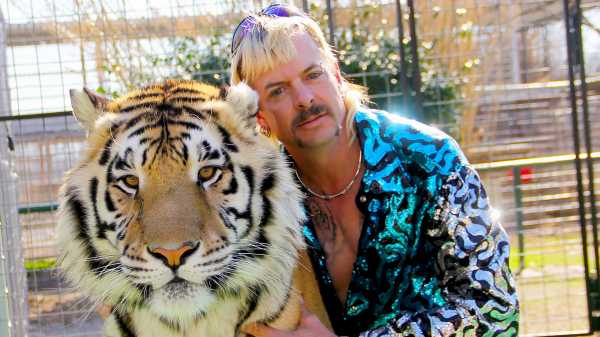 Joe Exotic, featured in the Netflix documentary series “Tiger King,” is the former owner of the Greater Wynnewood Exotic Animal Park (also known as the G.W. Zoo) in Wynnewood, Oklahoma. He is serving a 22-year prison sentence for crimes including illegally transporting and selling tigers.

The over-the-top, oddball cast of characters in Netflix’s popular “Tiger King” series have one thing in common: They all claim to love tigers. They even insist that through the ownership and operation of zoos and petting events, they raise public awareness about tigers and so, in turn, are helping endangered species.

But those who work on the front lines of tiger conservation strongly disagree.

Experts told Live Science that the roadside and private zoos of “Tiger King,” all of which are unaccredited and unregulated, hold no value for tiger conservation. Rather, the zoos contribute nothing to the preservation of tiger populations in the wild; they breed captive animals that are prone to genetic defects and health issues; and they may even increase the threats to wild tigers from poachers.

“Tiger King: Murder, Mayhem and Madness” debuted on Netflix on March 20, delivering an almost unbelievable seven-episode story of tiger ownership and public display alongside drug addiction, gun fetishizing, polygamy, vendettas, suicide and assassination-for-hire. In fact, the human drama in “Tiger King” is so outlandish that it upstages the tigers.

Tigers (Panthera tigris), of which there are nine subspecies, once roamed forests and grasslands across Asia, from Turkey to Russia’s eastern coast, according to the International Union for Conservation of Nature (IUCN). Only a century ago, there were approximately 100,000 tigers in the wild. Today, just 2,000 to 3,000 tigers exist in the wild: in Bangladesh, Bhutan, China, India, Indonesia, Laos, Malaysia, Myanmar, Nepal, Russia and Thailand, where they occupy less than 6% of their former range, the IUCN says.

But the idea that this rare cat can be helped by captive-breeding as many of them as possible is a misconception, said Dale Miquelle, coordinator of the Wildlife Conservation Society (WCS) Tiger Program and director of the WCS Russia Program.

“The problem is not that tigers can’t breed in the wild. They are perfectly capable if they are provided with the minimum needs for survival — sufficient space, sufficient prey and protection from poaching,” Miquelle told Live Science in an email.

Regulated breeding by reputable zoos can produce captive populations that may be suitable for reintroducing into the wild in areas where tigers have already vanished. However, as long as human activities continue to drive tigers to extinction in their native habitats, breeding more tigers won’t help the species unless those ongoing threats are addressed, Miquelle said. 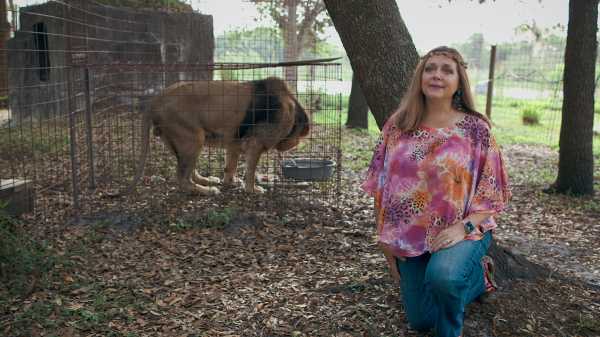 Big Cat Rescue in Tampa, Florida, owned by Carole Baskin, is featured in “Tiger King” but does not breed tigers or offer photos with cubs, and serves as a sanctuary for rescued tigers and other big cats. Regulated breeding

An estimated 5,000 tigers live in zoos or private collections in the U.S. alone. But just 6% of those tigers inhabit facilities that are accredited members of organizations such as the Association of Zoos and Aquariums (AZA). Such zoos strictly monitor animal breeding, and have fundraising and public education programs that support tiger research and conservation, Leigh Henry, director of Wildlife Policy at the World Wildlife Fund (WWF), told Live Science in an email.

About 230 zoological parks and aquariums are AZA-accredited; together, they care for more than 800,000 animals and support hundreds of projects worldwide to conserve vulnerable species and habitats, according to the organization’s website.

AZA zoos participate in the Species Survival Plan (SSP), “which strives to maintain captive populations that could be used for reintroduction should a species go extinct in the wild,” said John Goodrich, chief scientist and director of the Tiger Program for Panthera, the global wild cat conservation organization. This guideline ensures that subspecies are separated, and that closely related tigers aren’t interbred — both criteria help to produce healthy, genetically diverse animals that could survive in the wild.

“This SSP strictly controls the captive breeding of species like tigers to ensure their genetic integrity and to ensure that the scale of breeding does not exceed that needed to meet the conservation goal,” Goodrich told Live Science in an email. “This stands in stark contrast to petting zoos like those featured in ‘Tiger King.'” (One zoo in the show is an exception: Big Cat Rescue, a nonprofit sanctuary in Tampa, Florida, which houses rescued animals and does not breed tigers or offer cubs for petting.)

Some of the “Tiger King” cats are not even true tigers, but rather “human-created oddities” — hybrids such as “ligers,” the offspring of lions and tigers, or white tigers, which are also bred through artificial selection, Miquelle said. And zoos that offer cub petting and photos require a steady supply of very young cubs, since they become too dangerous to handle once they reach a few months of age. Constant breeding with no oversight results in animals of uncertain lineage that can’t be released in the wild, suffer from health issues and genetic defects, and so are of no value to tiger conservation, according to Miquelle. 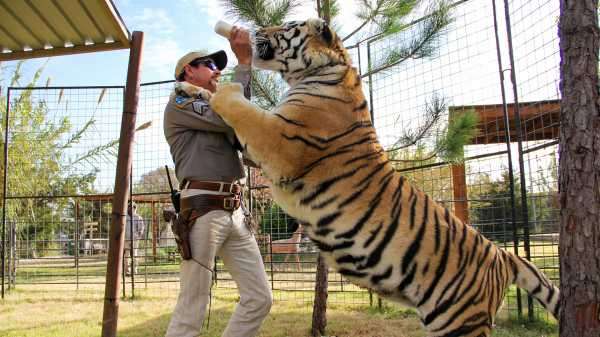 The human drama of the zoo owners in “Tiger King” distracts viewers from the plight of tigers in the wild, conservationists say. An indirect threat

Roadside zoos and the thousands of tigers they keep may even indirectly increase poaching of wild tigers for body parts that are sold in illegal wildlife markets, said Henry. Because tiger ownership in the U.S. isn’t strongly regulated, no central agency tracks who owns tigers, where they keep the cats, when tigers are traded or sold, “or what happens to their valuable parts when they die,” Henry explained.

This means that when captive tigers in the U.S. die, their body parts could be funneled into the international illegal trade pipeline, perpetuating the demand for tiger parts for traditional medicines and folk remedies. That, in turn, could encourage more poaching in countries where tigers live, endangering wild populations, Henry said.

With the runaway popularity of “Tiger King,” — it was seen by 34.3 million people in the U.S. in its first 10 days — tigers are basking in the public spotlight. But viewers who are newly intrigued by the endangered cats and want to help them should do so by supporting legitimate zoos and conservation organizations that are fighting to protect tigers in their natural habitats and to pass legislation that will end the illegal wildlife trade and regulate tiger ownership, Goodrich told Live Science.

“Given adequate protections, wild tiger numbers will continue to increase across their natural range — but conservation efforts need to be focused on recovering these wild populations,” he said.