Home Animals Was Same-Sex Behavior Hardwired in Animals from the Beginning? 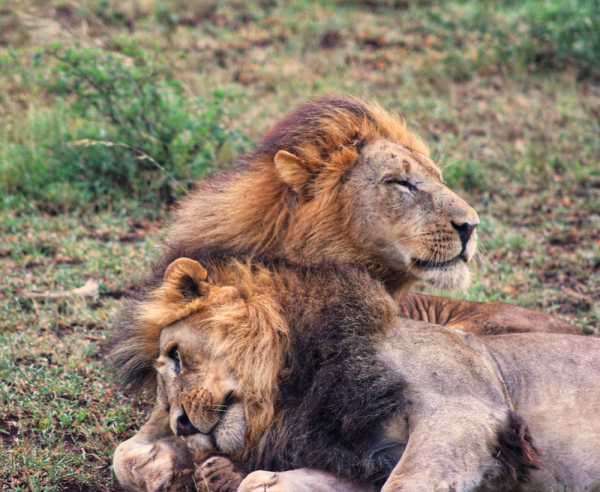 Evolutionary scientists have been thinking about same-sex sexual behavior all wrong.

— we’re trying our best to learn about them by observing their behaviors,” Monk told Live Science. “And those behaviors shouldn’t be mapped onto human cultural and societal contexts.”

The assumption that there must be an evolutionary reason for all this same-sex sex has led researchers to search for possible benefits to same-sex behavior. For example, in humans, researchers have found that having a gay son or brother seems to be associated with a woman having more offspring in total. Other studies have posited that same-sex sexual behavior is a side effect of other genes that have reproductive benefits.

In evolutionary biology, the ability of an animal to reproduce given its environment is called fitness. It’s entirely possible that in some species, same-sex sex could have fitness benefits, Monk and her colleagues wrote in their paper, published Nov. 18 in the journal Nature Ecology & Evolution. But these evolutionary benefits may not be required for same-sex sexual behavior to exist.

Imagine, instead, that the earliest sexually reproducing animals simply tried to mate with any and all members of their species — regardless of sex. This might have been a logical pathway for evolution, because all the bells and whistles that distinguish males from females are energetically costly to evolve. So any effort expended on mating with the same sex would be compensated for by not spending energy evolving and maintaining distinctive secondary sex characteristics, like differing colors, scents and behaviors. Those sex-distinguishing traits may have all come later in the evolutionary chain, the authors argued.

In this formulation, same-sex and different-sex sexual behavior would have started out on an equal footing, early in animal evolution. This could explain why same-sex sex is so common throughout the animal kingdom: It didn’t evolve multiple times independently, but was instead part of the fabric of animal evolution from the start.

The new hypothesis undercuts old assumptions about same-sex behaviors, said Caitlin McDonough, a doctoral candidate at Syracuse University and a study co-author. Much of the research done on these sexual behaviors assumes that same-sex sex is costly for animals and that different-sex sex is not costly, she said.

“You really need to go through those assumptions and test the costs and benefits of both behaviors in a system,” McDonough said.

If same-sex behaviors go back to the roots of animal evolution, the fact that these behaviors are so common today makes sense, Monk said.

“If you assume a trait like SSB is a new development and has high costs, it’s going to be really hard to understand how it could become more and more common from those low initial frequencies,” she said. “It would have to have really large fitness benefits, or be otherwise impervious to natural selection, for that outcome to be probable.

“On the other hand, if you assume a trait is ancestral and was originally common, and it has low costs, it’s much more likely that it would remain widespread to this day, even if it doesn’t seem to contribute much to fitness.”

One piece of evidence supporting this hypothesis is that some echinoderms, including sea stars and sea urchins, engage in same-sex sexual behavior. Echinoderms evolved early in the history of life, likely in the Precambrian period more than 541 million years ago.

But other evidence is slim, largely because scientists haven’t systematically studied same-sex sexual behavior in animals. Most observations have been accidental, and biologists have often viewed sex between two animals of the same sex as irrelevant or improper to note, Monk said. Sometimes, researchers automatically assume that same-sex behavior isn’t really about sex but instead is about dominance or bonding. And often, if two animals are observed having sex, they’re assumed to be male and female without any confirmatory evidence, McDonough said.

“The science that we do is really informed and influenced by cultural biases,” she said.

Thinking of same-sex sexual behavior as a standard part of the animal repertoire would change how researchers approach the study of the evolution of these behaviors. The next step, Monk said, would be to gather more data on the prevalence of same-sex behavior in animals. Then, researchers could compare species from across the tree of life to determine if all linages show same-sex behavior. If so, it would strengthen the argument that same-sex sexuality was part of life for the ancestors of all of today’s sexually reproducing animals.

Stephanie Pappas is a contributing writer for Live Science. She covers the world of human and animal behavior, as well as paleontology and other science topics. Stephanie has a Bachelor of Arts in psychology from the University of South Carolina and a graduate certificate in science communication from the University of California, Santa Cruz. She has ducked under a glacier in Switzerland and poked hot lava with a stick in Hawaii. Stephanie hails from East Tennessee, the global center for salamander diversity. Follow Stephanie on Google+.