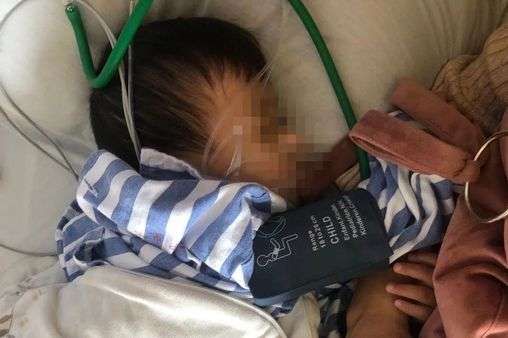 The baby boy tore six holes in his stomach and intestines (Image: AsiaWire)

A baby boy tore six holes in his stomach and intestines after accidentally swallowing 14 magnetic bead toys known as Buckyballs.

The startling discovery was made when 16-month-old tot from Zhejiang in China, had stomach pains so his mum took him to the doctor.

The mum, named as Ms Dai, said doctors suspected her son's discomfort was caused by undigested food but after two days of ineffective treatment, he was referred to the larger Lishui Central Hospital where his stomach was scanned.

Ms Dai said: "We only knew about the magnetic balls when we saw the CT scans." 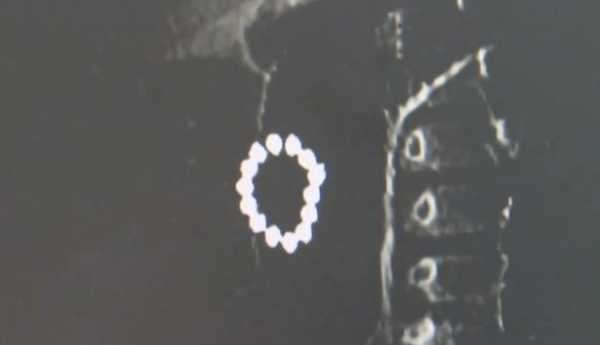 A scan showing the string of magnetic balls in the boy's intestines
(Image: AsiaWire)

After he suspected they were Buckyball toys, Ms Chen said her son likely swallowed them while playing with the older children living next door.

The magnetic beads, which had torn holes in the boy's stomach and intestines while trying to stick together inside his body, were retrieved after two hours.

Doctor Zhang said: "It was quite serious because he had swallowed 14 magnetic balls. 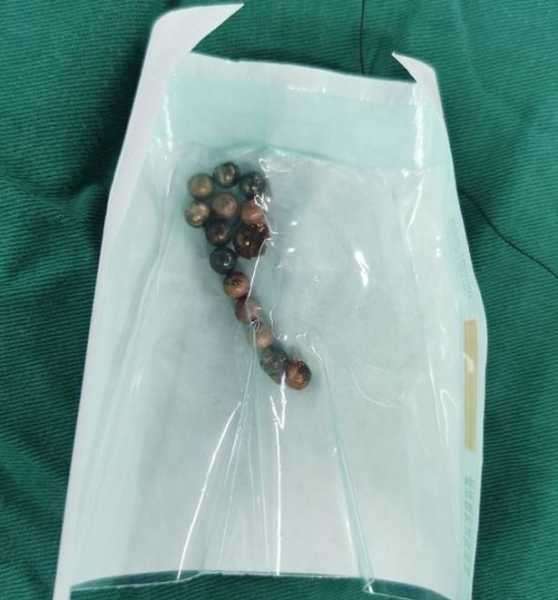 "Because it had been some time since he swallowed it, his stomach, small and large intestines were perforated in six places.

"As a result, there was serious contamination and infection inside his abdominal cavity."

The boy is in stable condition after his surgery but is continuing his recovery in paediatric intensive care.

Last December a three-year-old girl was rushed to hospital after swallowing 37 magnetic sphere Buckyballs that ripped five holes in her stomach.

Medics at Hunan Children's Hospital in Changsha, China, discovered the toys when the toddler's parents brought her complaining of severe stomach pain