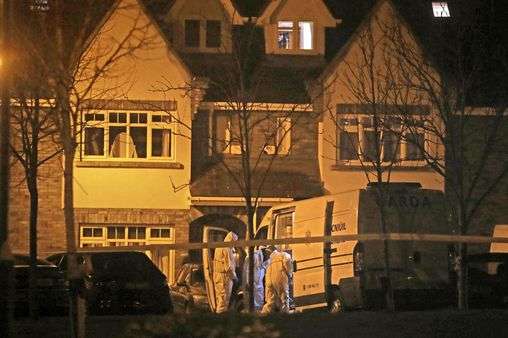 The children, aged four, eight and 10 were discovered after a taxi driver found a disoriented woman – understood to be the children’s mother – wandering the street

The note was found on the door of the property where the children’s bodies were discovered (Image: PA)

A chilling note found on the door of the house where three children were found dead last night read: "Don't go upstairs… call 999.

Police in Dublin are continuing their investigation after the horrific discovery was made at the property in Parsons Court, Newcastle, a village in the south-west Co Dublin.

The area was sealed off overnight as forensic teams moved in, Dublin Live reports.

A woman, understood to be their mother, was taken to hospital after being found disorientated on the street by a taxi driver.

After the note was found on the door of the house with the message gardai then discovered all three children in the upstairs rooms of the house, believed to be their home.

The children's mother, who is in her 40s, was in Tallaght Hospital last night and gardai are not looking for anyone else.

As news of the tragedy emerged there was a sense of horror and disbelief among local people. 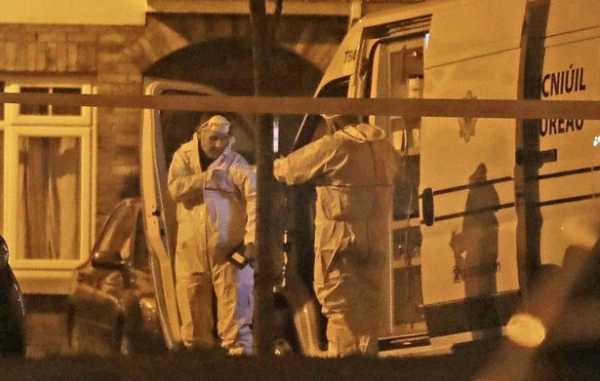 A book of condolence has been opened in St. Finian's Church this morning and the community will be coming together for a mass at 10am.

The church's priest Father Kevin sent out a message last night and sent prayers to the children and their family.

He said: "This is the saddest of nights. The devastating news has brought tragedy and darkness into our community."

It is understood gardai entered the home at Parsons Court after the mother was discovered shortly after 7pm.

They believe the children may have been drugged or poisoned.

A number of relatives of the family arrived at the gruesome scene and looked distraught and ashen-faced as they spoke to detectives.

Many residents were too shocked to talk to reporters.

One woman, who did not want to be identified, said: “I only found out five minutes ago after my brother rang because it was on the news. 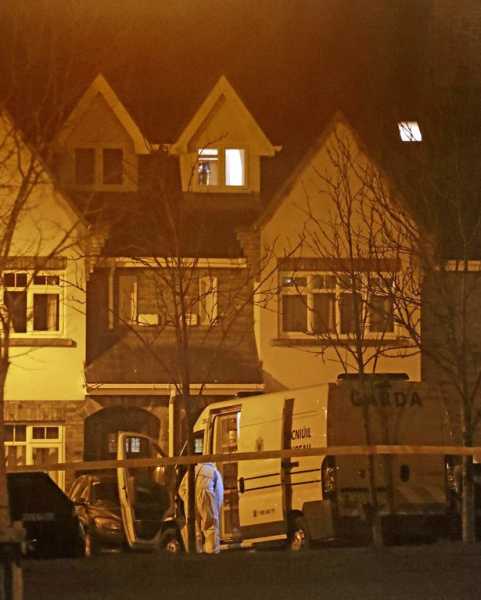 “I was oblivious [because we live in the corner] so I didn’t know anything.”

She was with another neighbour who added they were “trying to piece it together ourselves”.

She said: “I have kids upstairs, she has kids next door.

“I actually was worried because she has three kids as well and I didn’t know who it was. I don’t know anything yet and it hasn’t sunk in.”

The two friends revealed the family moved into the estate about a year ago.

The second woman added: “I don’t think we’d know them to see them because our children are younger as well. 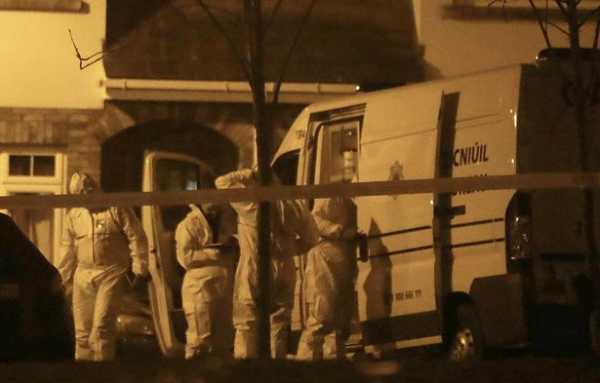 “It’s a quiet estate. I think it’s an understatement to say we’re shocked.

“I’m sure more details will emerge in the morning but I think tonight everybody is just like… I can’t believe it’s in our doorstep.”

A spokeswoman appealed to anyone with information to contact Clondalkin station.

She said: “Gardai are currently attending the scene of an incident at a domestic house in Newcastle, Co Dublin.

“The bodies of three children, two boys and a girl, have been discovered.

“Gardai are currently investigating the circumstances of their unexplained deaths.

“A female in her 40s has been taken to Tallaght Hospital.

“Anyone with any information in relation to this incident is asked to contact Clondalkin Garda station on 01 666 7600 where an incident room has been established.” 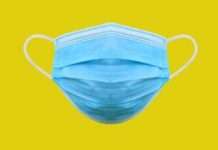 Alien base and pyramids ‘found on Mars’ – ‘NASA kept it...