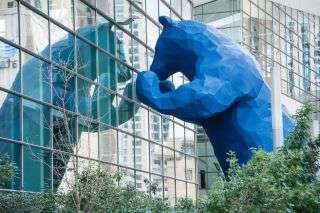 Colorado had 15,768 confirmed cases of COVID-19 in the state as of Friday, May 1, according to the state Department of Health. That puts the state in the top third on the list of states with the most U.S. coronavirus cases. These cases include people who have tested positive as well as a small number of people who have symptoms of COVID-19 who have been in contact with a person who has tested positive. According to modeling released April 20, between 65,000 and 75,000 of Coloradans may have already had coronavirus, Gov. Jared Polis said in a press conference. That’s just over 1% of the state population.

There are at least 756 patients currently hospitalized in Colorado with COVID-19.

So far, 75,259 people in Colorado have been tested for COVID-19. There are cases in 56 counties, and at least 2,747 people have been hospitalized during the pandemic, up from 509 on March 31. There are 161 outbreaks of the disease at residential or long-term care facilities in the state.

The state has had 820 known deaths from COVID-19, up 18 from March 30. The first reported, announced Saturday (March 14), was a woman in her 80s from El Paso County. There have been two deaths of people from out-of-state in Colorado. At least 431 deaths, about half of the state total, have been linked to nursing homes and senior living centers, The Colorado Sun reported April 22. Two employees of a meatpacking plant in Greeley had died as of April 10, and at least 50 had tested positive for the coronavirus.

As of April 28, state officials announced that 238 inmates at the state prison in Sterling had tested positive for coronavirus, the Denver Post reported.

On April 27, the statewide stay-at-home order lifted and Colorado transitioned to a “safer at home” order, allowing certain elective medical procedures and retail to open under social distancing rules, Denver 7 reported. Many citizens remained under stay-at-home orders, however, as metro Denver and surrounding counties had not lifted their orders. On April 29, State Gov. Jared Polis said that the state is aiming to run 8,500 coronavirus tests per day by the end of May, up from the current number of 3,000.

Timeline of coronavirus controls in Colorado

Unemployment has spiked in the state, with 180,000 attempted claims on the state’s unemployment website in a single week, The Colorado Sun reported. As of Friday, March 20, about 28,000 people had managed to file a claim. Between March 23 and March 27, 61,000 people filed claims, Denver 7 reported. An additional 46,065 people filed claims the week ending April 3. Another 104,217 Coloradans filed unemployment claims the week ending April 10, and another 67,000 the week ending the 17th. On April 30, the number of new claims since the pandemic’s start stood at 358,000, Denver 7 reported.

Denver Broncos player Von Miller reported that he had tested positive on April 16 for the coronavirus, The Colorado Sun reported. Previously, Colorado politicians Cory Gardner and Jason Crow had self-quarantined after coming into contact with constituents who later tested positive for COVID-19, Denver 7 news reported.

The Colorado Department of Public Health runs a mobile drive-through testing lab that it has been moving to various parts of the state throughout the crisis, but testing is limited and prioritized for healthcare workers and high-risk individuals, particularly in rural areas. Meanwhile, a pair of biotech executives who live part-time in the resort town of Telluride have announced that they are donating enough blood tests for the new coronavirus to test the whole town. The tests are serological tests, meaning they use a blood sample to find out if a person was ever exposed to SARS-CoV-2, according to The Atlantic.

On Thursday (March 26), the state announced that the Department of Health and Human Services is sending 7,500 test kits specifically to track the virus in healthcare workers and first responders, Denver 7 reported.

On Tuesday, April 7, the UCHealth University of Colorado Hospital announced that it had treated a COVID-19 patient with plasma from another patient who had recovered, a first for the state, Colorado Public Radio reported.

On April 23, the state health department said that officials would be reviewing data on previous deaths and adding probable COVID-19 deaths to its database, which was expected to add about 130 to the death toll.