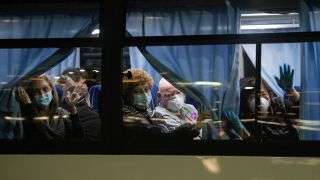 American citizens wave from a bus as they leave the quarantined Diamond Princess cruise ship at Daikoku Pier to be repatriated to the United States on Feb. 17, 2020 in Yokohama, Japan.

New coronavirus may spread through poop

Fourteen Americans infected with coronavirus who flew back to the United States on Monday (Feb. 17) did so against the advice of the Centers for Disease Control and Prevention (CDC), The Washington Post reported.

The Americans were passengers on the cruise ship the Diamond Princess, which became a hotspot for the new coronavirus COVID-19 at the beginning of February. From the first confirmed case on the ship on Feb. 1, the number of infected has risen to over 600.

On Feb. 16, the U.S. State Department and the U.S. Department of Health and Human Services (HHS) evacuated 328 American passengers from Japan, where the Diamond Princess was docked, to the United States. As the passengers awaited their flight out of Haneda Airport in Tokyo, HHS officials found that 14 of them had just tested positive for COVID-19.

“CDC did weigh in on this and explicitly recommended against it,” Schuchat wrote in an email to the State Department, a HHS official told the Post. “We should not be mentioned as having been consulted as it begs the question of what was our advice.”

Severe acute respiratory syndrome coronavirus 2 (SARS-CoV-2), which is the virus that causes COVID-19, is relatively contagious; it has an R0 (pronounced R-nought) of 2.2, meaning each infected person spreads the virus to an average of 2.2 others, according to a study published Jan. 29 in the New England Journal of Medicine (NEJM). For comparison, this R0 value was initially around 3 for SARS, before that number was brought down to less than 1. The flu has an R0 value of about 1.3, according to The New York Times.

The infected passengers flew in a cordoned-off section of the airplane, separated from the other passengers by plastic sheeting, according to the State Department news release. Upon landing in the United States, all of the Diamond Princess passengers entered a 14-day quarantine at either Travis Air Force Base in California or Joint Base San Antonio in Texas. Passengers were not informed until after they landed that they had been flying with people infected with COVID-19, according to the Post.

“I think those people should not have been allowed on the plane,” Vana Mendizabal, 69, a retired nurse from Florida who was on the flight, told the Post. “They should have been transferred to medical facilities in Japan. We feel we were re-exposed. We were very upset about that.”

Two passengers from the Diamond Princess, both Japanese nationals, have died in hospitals in Japan. With the quarantine period on the ship ending, healthy passengers are now being cleared by Japanese health officials to leave the ship and return home. According to the Princess cruise line, which is owned by Carnival Corp., 600 of the ship’s passengers were cleared on Feb. 20, with several hundred more expected to test negative for the coronavirus in the coming days. 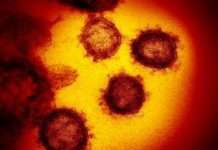 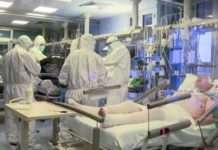 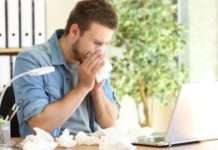 Coronavirus may be most infectious when symptoms are mildest, small study finds