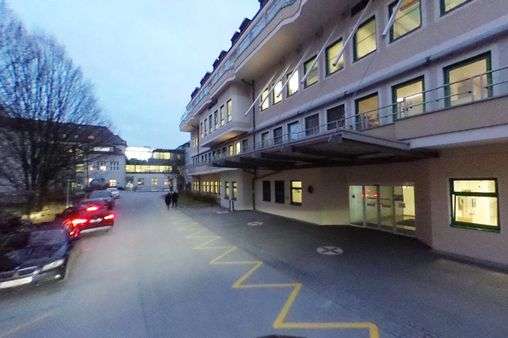 The three men, aged 61, 49 and 41 have all been hospitalised in Salzburg with Covid-19 and are believed to have travelled to Saalbach-Hinterglemm, Austria, from Italy

The Salzburg Landeskliniken hospital dealing with quarantined patients in the area, including the three Brit tourists (file photo) (Image: Google)

Three British skiers have been hospitalised in Austria with coronavirus thought to be the 'aggressive strain spreading from Italy'.

The group had been in Italy before moving on to one of Austria's busiest ski resorts, the Saalbach-Hinterglemm, according to reports.

But the three men, aged 61, 49 and 41 have all been hospitalised in Salzburg after testing positive for the bug.

Dr Richard Greil, who is head of the department at the Salzburg Landeskliniken hospital dealing with quarantined patients in the area, including the three Brit tourists, told CEN: "The first British man who was hospitalised, a 61-year-old, is the more seriously ill of the three but he is definitely not acute.

"The two other British men, aged 44 and 49, have only the very mildest of symptoms even though they are technically also infected. 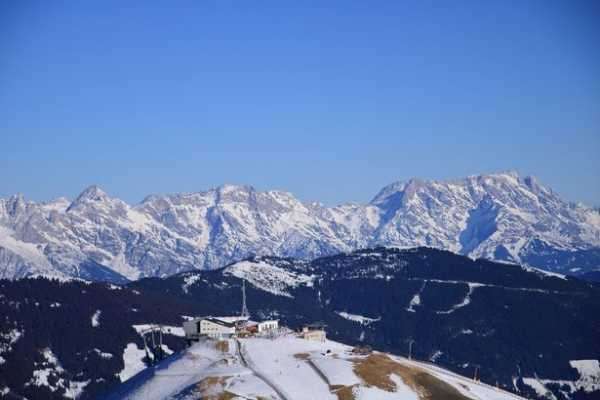 The group had been in Italy before moving onto one of Austria's busiest ski resorts (file photo)
(Image: Getty Images/iStockphoto)

"Under normal circumstances it would not be even necessary to move him to the hospital but in order to avoid a panic they have been taken to our facility.

"As you can imagine the other guests and staff would not be happy about having infected people there."

He stressed, however, that under normal circumstances, even though they tested positive, the lack of any significant symptoms would mean house quarantine would have been satisfactory.

He said the hospital had special filtration systems to provide the highest security standards to prevent the infection spreading, and said that this would put people's minds at rest. 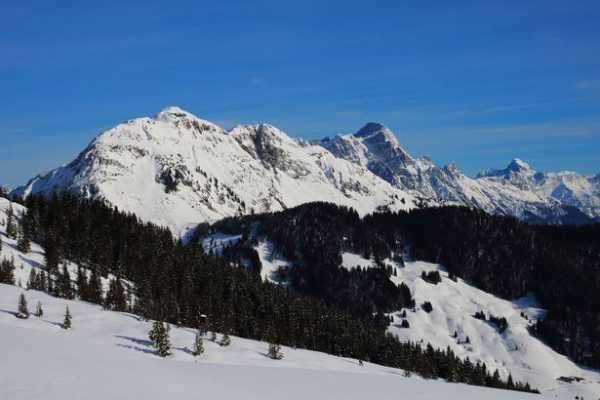 Saalbach-Hinterglemm is one of the top ski resorts in the Austrian Alps (file photo)
(Image: Getty Images/iStockphoto)

Dr Greil, managing the quarantine of the three Brits, said: "The group had previously been staying in Italy and had returned there from holiday, deciding to continue their holiday at the Austrian hotel.

"It is the case at the moment that almost all of the infections we are finding are coming from Italy."

He added that it is currently thought there is a stronger variant of the virus spreading in Italy, known as the so-called 'L' variant.

But he stressed there was currently no concrete evidence for this and that it was only speculation.

He said: "The fact is that it is completely out of control down there." Scientists believe the S-type was probably the original strain that moved from animals to humans, and the second strain emerged shortly after that, with both versions now spreading.

The more aggressive appears to be the L-type which is suspected of being the type now prevalent in Italy.

Dr Greil's statement was echoed by Ravinder Kanda at Oxford Brookes University in the UK who said: “There do appear to be two different strains.”

She added: “[The L-type] might be more aggressive in transmitting itself, but we have no idea yet how these underlying genetic changes will relate to disease severity.” It is thought that there are two strains of the virus
(Image: AFP via Getty Images)

And Erik Volz at Imperial College London said: “I think it’s a fact that there are two strains.

"It’s normal for viruses to undergo evolution when they are transmitted to a new host.”

Local officials originally said they were trying to get a charter flight to remove the rest of the British group, but they later backpedaled and said this was a misunderstanding.

The seven other people in the group who have not been infected remain quarantined at the VIP Austrian ski resort in Saalbach.

They are reportedly being kept together in the same hotel and the official said they had decided it was not necessary to quarantine the other 35 hotel guests, staff or hotel owner who had all tested negative for the disease so far.

They said this was because the group kept to themselves and ate in a separate room.

The ill patient had stayed in his own room which had not been cleaned while he was there, also meaning that cleaning staff were not in contact with him, according to reports.

Austrian officials said earlier they were trying to work out a way to fly the British group back home but that it was difficult because most airlines were not prepared to take them – even though they showed no signs of the disease.

As the UK is not arranging special flights to remove infected tourists, the alternative would mean they had to wait the two-week quarantine period, which Austrian officials want to avoid in the heart of the tourist season.

The second option they said they were considering was to set up a quarantine area for suspected infected holidaymakers.

However, a statement by local council leader Bernhard Gratz saying they were trying to arrange a charter flight to remove them from the tourist area or set up a quarantine zone was later rejected by Salzburg regional spokesman Franz Wieser.

He said there would be no charter flights organised to remove sick people from the region and there would also be no specialist quarantine circles set up.

The mayor of Saalbach-Hinterglemm, Alois Hasenauer, said they were keen to make sure there was "no hysteria and no panic".

He also said that there had been some cancellations since news of the infection at the resort was made public, but not many.

Saalbach-Hinterglemm is one of the top ski resorts in the Austrian Alps, which has been consistently expanded and modernised and now has 270 kilometres (167 miles) of slopes and more than 70 lifts.

It lies in the Glemmtal valley which is also where the hotel is that the British group is quarantined in, which is about 85 kilometres (53 miles) from Salzburg.