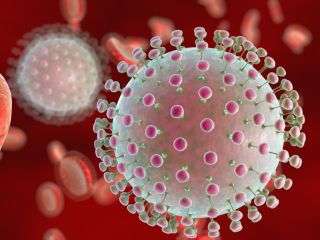 The mosquito-spread Zika virus known for its links to brain damage in babies born to infected mothers has the potential to target and destroy brain cancer, scientists have found.

New research has revealed that the Zika virus breaks into brain cells by using a special molecular key, and scientists think the virus could be tweaked so that it infects only brain cancer cells, leaving  healthy cells unharmed.

The aggressive brain cancer glioblastoma often defies standard cancer treatment because the disease transforms normal brain cells into stem cells. While typical neurons stop dividing after so many replications, stem cells can reproduce indefinitely and grow a whole new tumor from just a handful of cells. Patients typically survive less than 20 months after being diagnosed with glioblastoma; even if the cancer can be forced into remission, the tumors typically regrow and take the life of the patient within 12 months.

But where standard treatments fail, the Zika virus may offer a new strategy to wipe out the deadly disease, according to a pair of studies published Jan. 16 in the journals Cell Reports and Cell Stem Cell.

“While we would likely need to modify the normal Zika virus to make it safer to treat brain tumors, we may also be able to take advantage of the mechanisms the virus uses to destroy cells to improve the way we treat glioblastoma,” senior author Dr. Jeremy Rich, director of neuro-oncology and of the Brain Tumor Institute at UC San Diego Health, said in a statement. (Rich and his colleagues authored the Cell Stem Cell paper.)

When the Zika virus infects developing fetuses, the virus stunts brain development by targeting neural stem cells and stunting their proliferation. Rich and his co-authors wondered whether the virus’ strategy could be co-opted to shrink brain tumors. In a 2017 study published in The Journal of Experimental Medicine, the team put their theory to the test and found that the Zika virus actually prefers to infect glioblastoma stem cells over normal brain cells — at least in petri dishes and mouse models of the disease. The reason behind this preference remained a mystery, until now.

To learn how Zika breaches the membranes of cancer cells, the team scanned the virus’ surface for integrins — receptors that viruses often use to latch onto their victims’ cells and slip inside. Having identified various integrins on the viral surface, the researchers then blocked each with a protein. Then, they unleashed the modified virus into a lab dish holding a mix of normal brain stem cells and cancerous ones. If a particular integrin helped Zika hack into brain cells, blocking the receptor should stop the infectious virus in its tracks.

Through trial-and-error, the team learned that an integrin called αvβ5 serves as the key that lets Zika into brain cells.

“When we blocked other integrins, there was no difference,” Rich said. “But with αvβ5, blocking it with an antibody almost completely blocked the ability of the virus to infect brain cancer stem cells and normal brain stem cells.”

According to the study, αvβ5 consists of two halves: αv and β5. The former half appears in abundance on brain stem cells, which may help to explain how the virus targets both healthy and cancerous brain stem cells. The latter half, however, mostly appears on cancer cells and renders tumors more aggressive, regarding how quickly they can spread.

For this reason, glioblastomas may be more vulnerable to Zika infection than normal brain stem cells. The team confirmed the idea by injecting Zika into human brain organoids — tiny models of the human brain grown in a lab dish. In the mini-brains, the virus reliably infected cancer cells more often than healthy cells. But without an intact αvβ5 receptor, the virus could not infect the cells at all.

Using the CRISPR gene-editing technique, the researchers selectively deleted specific genes from glioblastoma stem cells and exposed each mutant tumor to the Zika virus. When they deleted the gene that contained instructions to build αvβ5, Zika could no longer grab hold of the cancer cells. The discovery “made perfect sense” because αvβ5 appears in such large quantities on neural stem cells, the virus’ primary target, senior author Tariq Rana, professor and chief of the Division of Genetics in the Department of Pediatrics at UC San Diego School of Medicine and Moores Cancer Center, said in the statement.

With the knowledge that αvβ5 may be a soft spot in aggressive glioblastomas, the researchers now aim to genetically modify the Zika virus to target the cancer while sparing healthy cells.

Other deadly viruses could also serve as weapons against brain cancer. In a study published in 2018 in The New England Journal of Medicine, researchers treated glioblastoma patients with a genetically modified poliovirus and found that more than 20% remained alive three years later, as compared with 4 percent of patients who received a standard treatment, Live Science reported at the time. As the field of virotherapy continues to grow, once-deadly diseases may prove to be powerful weapons in the fight against cancer.