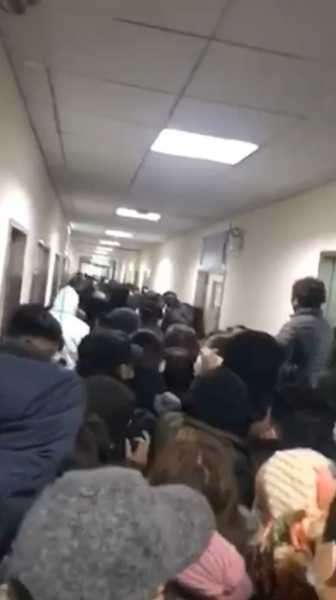 EXCLUSIVE: A dramatic video shows chaotic scenes as crowds of people wearing face masks while waiting to be tested fill jam-packed corridors of a hospital in Wuhan, China

The full scale of the panic surrounding the coronavirus outbreak in China has been laid bare in shocking footage from inside a hospital.

A dramatic video shows chaotic scenes as crowds of people wearing face masks while waiting to be tested fill jam-packed corridors of a hospital in Wuhan, where the virus originated.

People who appear to be medical staff are seen in full protective body suits pointing and shouting as they try and make their way through the queues.

In one disturbing scene, a patient appears to be slumped ill on a chair while a woman standing with him wails and shakes in apparent distress.

Have you or a family member been affected by coronavirus? Contact webnews@mirror.co.uk

The video was recorded by someone waiting to be tested for the virus themselves, and provided to the Mirror Online by a source who did not wish to be identified.

They said: "The hospitals can’t keep up with the amount of people being tested and it’s resulting in people falling unwell and passing out.

"The country is in panic and a lot of people are sicker than there saying. They don’t have control of it." 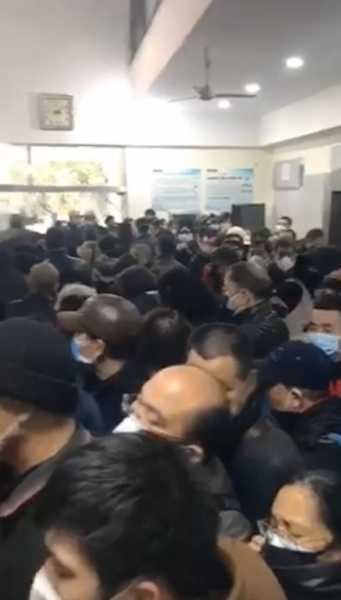 The virus has killed 26 people in China and infected at least 800 others, including a case in Chicago and another near Seattle.

France confirmed earlier this evening its first three cases of the Wuhan coronavirus, with one patient being hospitalised in Paris and another in the southwestern city of Bordeaux.

Health Minister Agnes Buzyn told a news conference these were the first two confirmed cases in Europe and that more cases were likely to occur in France. 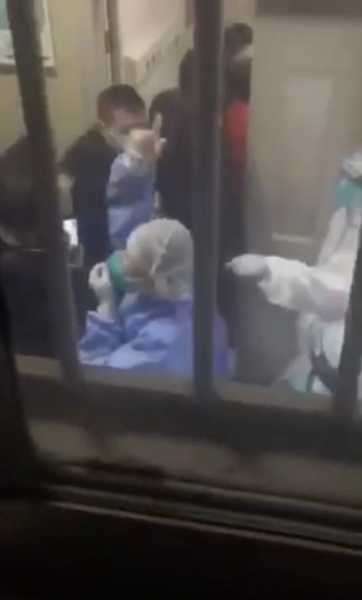 Staff struggle to get through the crowds in the corridor

Mirror Online earlier reported how tests for coronavirus on 14 people in the UK came back negative but there are checks ongoing on other people, according to the Chief Medical Officer Professor Chris Whitty.

All the people tested in the UK had visited Wuhan. 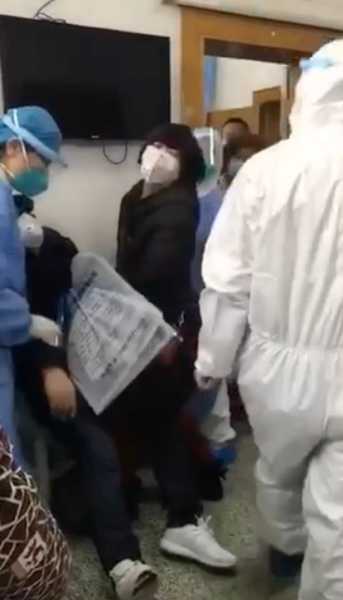 One patient appears to be slumped ill on a chair

In a statement, Mr Whitty said: "I am working closely with the other UK chief medical officers.

"We all agree that the risk to the UK public remains low, but there may well be cases in the UK at some stage.

"We have tried and tested measures in place to respond. The UK is well-prepared for these types of incidents, with excellent readiness against infectious diseases.

"We have global experts monitoring the situation around the clock and have a strong track record of managing new forms of infectious disease.

"The UK has access to some of the best infectious disease and public health experts in the world.

"A public health hub will be set up in Heathrow from today. This consists of clinicians and other public health officials, in addition to existing port health measures."