Home Health How to stop looking at your phone 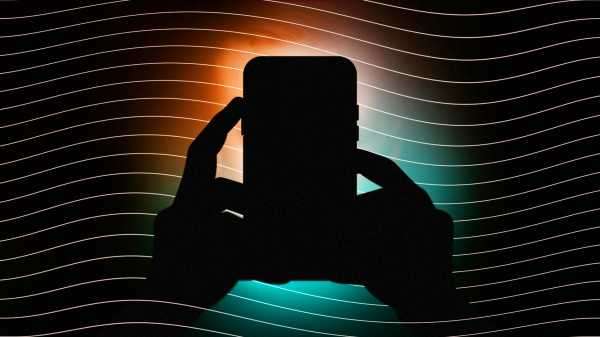 Don’t use it as an alarm, and other tips to break your insidious little habit.

Share
All sharing options for:
How to stop looking at your phone

Part of Issue #7 of The Highlight, our home for ambitious stories that explain our world.

Molly Elwood, a copywriter in Portland, Oregon, started using a screen-time monitoring app earlier this year and was unnerved when she discovered she was on her phone 11 hours in one day. Once, she couldn’t get off the Instagram/Facebook/Twitter/e-mail merry-go-round while riding in the passenger seat during a road trip and ended up carsick.

Tiffani Patel, a massage therapist, yoga instructor, and personal chef in Austin, Texas, knew she needed to make a change when she realized she was choosing Instagram over her dog Forrest, a mutt she says is “85 pounds of love.”

“What am I doing?” she thought. “There’s a live, beautiful animal in my home, and he’s not going to be around forever.” She got rid of social media apps.

Catherine Price, a writer in Philadelphia, browsed eBay for Victorian-era door knobs instead of paying attention to her newborn baby during a feeding. When she finally glanced at her daughter’s face — illuminated by the blueish light of a phone screen and looking at her mama — Price’s heart sank, and she realized it was time to make a change. She ended up writing a book called How to Break Up With Your Phone.

“Changing your relationship with your phone can have effects that are surprisingly profound,” Price says. “I’m a happier person, and that came directly from changing my relationship with the metal rectangle in my pocket. I thought it would be just better time management.”

Coincidentally, Patel, Elwood, and Price all took up the guitar after breaking up with their phones. They had the time all along; it was just getting sucked by a small, shiny screen. How much time? According to screen-time tracking app Moment, the average user of the app picks up his or her phone 52 times a day and spends 3 hours, 57 minutes using it. And those are people who have chosen to track their screen time.

Overcoming a smartphone addiction — and yes, many experts consider compulsively checking your phone a behavioral addiction, similar to gambling — has the potential to improve your relationships, sleep, physical fitness, and mental health.

Many apps are modeled after slot machines, which are arguably the most addictive machines ever created, Price says. Matching on a dating app, an interesting article, a text message from a crush, a dozen “likes” after posting a selfie all release a feel-good chemical called dopamine, Price writes. Our brains have learned to associate checking our phones with the possibility of getting a reward.

According to Price’s book, Instagram has even coded a feature that deliberately holds back on showing users new “likes” so that it can deliver a bunch of them in a sudden rush when a user seems in danger of closing the app.

This is just one way designers are exploiting our brain chemistry to keep us on the apps longer. Get a little angry about this manipulation. Use it to quit.

But don’t just throw your phone into a river; it’s best to start with small changes so you don’t shock your system. With all the time spent in the real world after learning how to put down your phone, you might even need a new hobby. (Guitar, perhaps?)

Put the phone physically out of reach

“What we know is our phones will distract us even if they’re in sight but we’re not using them,” says James Roberts, a consumer behavior expert and author of Too Much of a Good Thing: Are You Addicted to Your Smartphone?

Relying on your willpower is a losing game, so get it out of sight and reach. Roberts, a marketing professor at Baylor University, suggests starting with putting your phone in the trunk or glove box while driving, since that will have an immediate effect on your safety.

To quickly improve sleep and your relationship with your partner, don’t charge your phone in the bedroom. That way, it won’t be the last thing you see in the evening, the first thing in the morning, or, apparently, a temptation in the middle of the night (a 2016 University of Virginia study revealed that one in 10 smartphone users have checked their phones during sex).

Reintroduce alarm clocks and watches back into your life so that you can’t rely on those excuses for using your phone. Subscribe to the newspaper or magazines to read articles; music lovers can go full hipster and listen to music on vinyl instead of streaming apps.

“You’re setting up your personal environment to be conducive to your goals,” Roberts says. “If I’m going to cut back on technology, I’m going to make it easy to cut back.”

What you may need now is a little hair of the dog. First, acknowledge (and get over) the irony that you might need apps to help protect you from apps. “It seems weird to use technology to help with technology,” Price says. “I just see it as a tool that’s helping you live up to your intentions.”

There’s a whole industry of apps to help people monitor screen time (Moment, RescueTime), block apps or schedule sessions with them (Freedom), or schedule social media posts so it looks like you’re online when you’re not (HootSuite). Since last year, iPhones even have settings to track and curtail your screen time.

As for the phone itself, some people go back to using a so-called “dumb phone,” or one that has limited internet capabilities. A less drastic approach is to tinker with your settings to convert your screen to black and white. Smartphones are a lot less appealing when they look like an old-timey television instead of a bowl of candy.

Follow Price’s @screenlifebalance handle on Instagram to act as your internet conscience. Nothing kills the buzz of a social media spiral like reading, “Childhood goes fast. I hope you’re enjoying what you’re doing on your phone,” over the image of an adorable girl. It’s like a cold shower. The Screen/Life Balance website offers free lock-screen downloads that say things like, “What do you want to pay attention to?”

Push notifications “are evil and must be destroyed,” Price writes in her book. Turn off all notifications except for, say, calls from your spouse or your kids’ school. Getting rid of those “dings” and red badges can reduce temptation to pick up the phone, Price says.

Go smartphone-free for 24 hours. You might reach for your phone like a phantom limb and feel cranky when it’s not there. It’s called withdrawal.

“When you take away the rewards we’ve been trained to crave, you will feel twitchy and anxious, and it’s totally normal,” Price says.

Cal Newport, an associate professor of computer science at Georgetown University, suggests a 30-day “digital declutter” in his book Digital Minimalism. Take a break from all optional technologies in your life, and at the end, reintroduce only the technologies that add value to your life. Newport doesn’t intend for participants to significantly disrupt their personal or professional lives. Employees should continue checking their work email so they don’t get fired; someone with a spouse deployed overseas with the military should still use FaceTime to communicate, for example.

A digital-minimalist approach is never going to stick if you’re left twiddling your thumbs for 23 percent of your waking hours. Brainstorm activities you used to enjoy: crafts, basketball, poker with friends, hiking, reading, playing an instrument, whatever. This step should feel fun, but it’s also non-negotiable: If you take away all digital distractions before you’ve started filling the void, the experience of a digital declutter will be “unnecessarily unpleasant at best and a massive failure at worse,” Newport writes.

Molly Elwood, who got carsick from too much social media, used to spend hours advocating for veganism online in comment wars with strangers. She now volunteers for a vegan nonprofit organization.

Figure out what you’re feeling

“The emotional component is something we don’t give enough attention to,” Price says. Reaching for our phones is an efficient way to not feel unpleasant emotions. (Remember how boring and socially awkward it was to ride an elevator before smartphones?) But they also muffle the happy moments in life if you’re too busy scrolling to notice the world around you.

So, get mindful about your phone use. Take a breath and ask yourself why you’re picking it up in the first place. Are you bored, anxious, curious, happy? When you’re done using it, do you feel better or worse? Thirty minutes dinking around on Instagram instead of going to sleep at night is probably going to feel disorienting and vaguely depressing.

Reconnect with your smartphone gradually

To consistently be able to stop looking at your phone, your phone will have to become a tool again instead of a temptation. (Tool: using the map to navigate in a new city or the camera to take a picture. Temptation: posting that picture on social media and then compulsively refreshing to see who is liking it.)

“Of course, why we use [smartphones] is they do a lot of things wonderfully,” James Roberts of Baylor University says. “But we over-adopted.”

After people “break up” with their phones, they often slowly reintroduce some apps as long as they are able to use them responsibly. The process can involve some trial and error.

“Habits do take a while to form and to break,” Roberts says. Don’t beat yourself up if you slip. “If you spend too much time on a website, that’s okay. Go back, reorganize and start again.”

Rachel Saslow is a writer based in Portland, Oregon. Her work has appeared in the Washington Post and Portland Monthly.

More from this issue of The Highlight 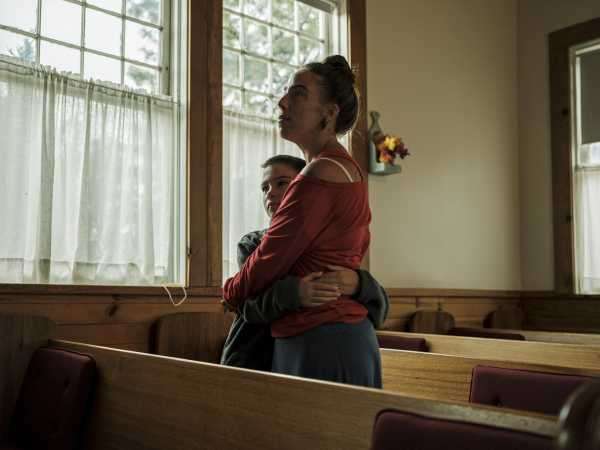 Bodies of three children found in house as woman taken to...