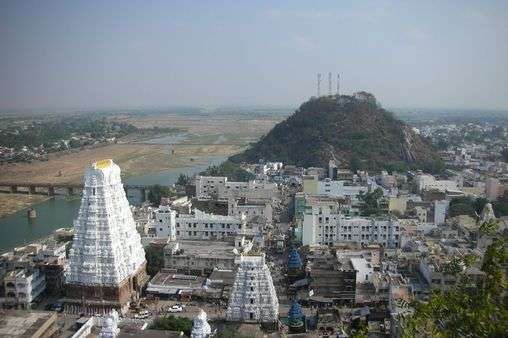 Named as 50-year-old Balakrishnayya, the man feared he would pass on the virus to his family and to those living in the village of Srikalahasti in the Indian state of Andhra Pradesh

Balakrishnayya took his own life in the holy village of Srikalahasti in the Indian state of Andhra Pradesh (Image: Kalyan Kumar/Wikipedia)

A man who wrongly thought he had coronavirus killed himself to protect his family.

Named as 50-year-old Balakrishnayya, the man feared he would pass on the virus to his family and to those living in the village of Srikalahasti in the Indian state of Andhra Pradesh.

Despite not having the virus, Balakrishnayya was convinced he was infected after visiting a local hospital with a heart ailment and being told by medics to wear a mask as he showed signs of a cold.

His family members tried to convince him he was not suffering from the virus, which has now killed over 1,000 people, but he was convinced otherwise.

His son Balamurali said: "He had gone to hospital for checkup regarding heart ailment. The doctors told him to use a mask…. he misunderstood and thought he was infected with coronavirus." 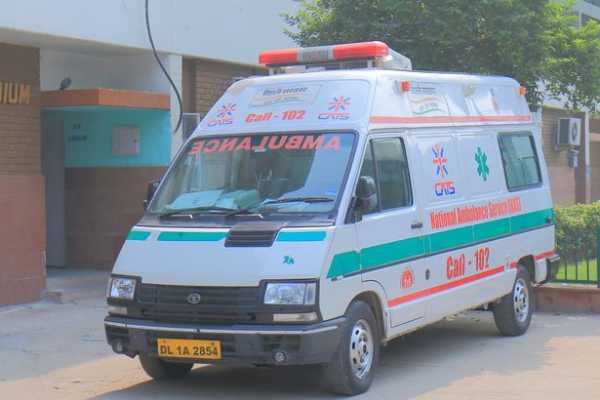 The man locked his family inside the home before taking his own life
(Image: iStock Editorial)

Balamurali said his father searched symptoms of the virus online and was convinced those matched what he was suffering with.

But Balakrishnayya took the drastic action to hang himself outside the family home after locking his family inside, reports the International Business Times.

The virus has no infected people in over 20 countries and killed more than 1,000 in China.

As of Tuesday evening, a total of 1,358 people have been tested for coronavirus in the UK, of whom 1,350 were confirmed negative and eight positive, the Department of Health said. 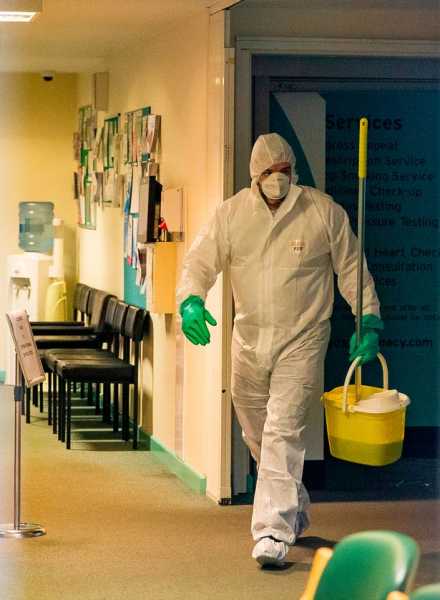 The World Health Organisation (WHO) has said the new strain of coronavirus is to be called Covid-19.

On Tuesday, the Prime Minister praised the response of the NHS and said anyone concerned should "simply follow their advice".

Speaking in Birmingham, Boris Johnson said: "We are a great country, we have got a fantastic NHS, we have got fantastic doctors and advice, and they should simply take the advice of the NHS.

"People have every reason to be confident and calm about all that kind of thing … all the coronavirus, and any threats from disease."

It came as Steve Walsh, the businessman at the centre of the UK outbreak of Covid-19, thanked the NHS for his treatment and said he is "fully recovered".

The 53-year-old, from Hove in East Sussex, who is still in quarantine at St Thomas' Hospital in London, picked up coronavirus while at a conference in Singapore.

On his way back to the UK, he stopped off for several days at a French ski chalet, where five Britons were subsequently infected.