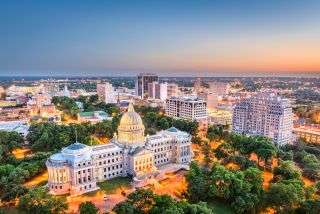 —How long does virus last on surfaces?

Mississippi is in the middle of the pack, at number 27 on the list of U.S. coronavirus cases per state.

Based on currently available data and regulations in place, scientists at the University of Washington’s Institute for Health Metrics and Evaluation predict the coronavirus outbreak in Mississippi peaked on April 28. The researchers estimate there will be around 483 coronavirus-related deaths in the state. Keep in mind these predictions often change as new data become available.

On Wednesday (April 22), Mississippi Attorney General Lynn Fitch announced her intention to sue the Chinese government for the outcomes of the coronavirus, the Clarion Ledger reported. Experts say the lawsuit may have a hard time getting anywhere because China is protected by sovereign immunity. Republican leaders from Texas and Arkansas are sponsoring legislation to make it easier to sue China, called the “Holding the Chinese Community Party Accountable for Infecting Americans Act of 2020.”

Where the cases are

Since the first case was reported March 11, COVID-19 cases have been identified in 81 of the state’s 82 counties (Issaquena county, home to about 1,300 people, has yet to report any cases). The number of cases per county can be found on the Department of Health’s website.

So far, there are at least 915 cases of the coronavirus in long-term care facilities across most counties in the state.

About 57% of the reported cases in Mississippi are in black people, 50% of in white people, 2% are in Hispanic people, according to the state’s Department of Health.

On April 24, Gov. Tate Reeves announced that he is replacing the statewide stay-at-home order with a new “safer at home” order, WAPT reported. The new order continues a ban on non-essential gatherings of 10 or more people and directs people to stay home except for essential travel, however, retail stores could reopen.

Then on May 4, Reeves signed an executive order that modifies his previous order by allowing restaurants and bars to open as long as they meet certain requirements for sanitation and social distancing, WKRG reported.

The stores and restaurants that decide to open must take measures to ensure that they have no more than half the capacity of people the store can hold. Movie theaters, gyms, salons, and tattoo parlors must remain closed.

Gov. Reeves previously issued a statewide stay at home order beginning April 3 at 5 p.m. through April 20 at 8 a.m., the Clarion Ledger reported. Then on April 17, he extended the order for another week, the Sun Herald reported. At the same time, Reeves said state beaches and lakes could be reopened for recreation, and nonessential businesses could reopen for curbside or delivery services only, that don’t require customers to enter the store.

Gov. Reeves had initially challenged the push to issue a shelter-in-place order for his state. On March 24, he issued an executive order overriding local officials’ order to close all non-essential businesses but urged employees to work from home “to the extent feasible,” Business Insider reported.

Then, in a social media address on March 29, the governor and state Health Officer Dr. Thomas Dobbs explained the state’s plan to step up testing and isolate certain areas where the disease is prominent. Dobbs said a statewide shelter-in-place order wouldn’t be sustainable, the Clarion Ledger reported.

But on March 31, the governor issued a shelter-in-place order for Lauderdale county after a spike in cases in the area. During Tuesday’s address the governor hinted that more regional lockdowns would be coming, the Clarion Ledger reported.

On March 30, Adams County Sheriff Travis Patten shared his story of contracting COVID-19 and having difficulty getting a test with the Clarion Ledger. The sheriff was a victim of community transmission and likely exposed others when he thought his symptoms were minor enough that he returned to work. Sheriff Patten has been self-quarantined at home since he found out he had the virus.

Today (April 14), Gov. Reeves announced that schools buildings will remain closed for the rest of the academic semester, the Clarion Ledger reported. “That does not mean school is canceled,” he said.

Schools have been closed since Reeves issued his first school-closure order on March 14 for a week. A few days later, he extended the order until April 17.

All schools must now move to distance learning, which means using webcams and high-speed internet. But not all Mississippi children have access to the same tools, so Reeves said he’s working to understand what the capabilities are for distance learning in each district.

Restricting out of state visitors

The state, along with many others, has issued orders to restrict travelers and residents entering from other states that are considered “high risk,” unless the travelers agree to a 14-day self-quarantine, the SunHerald reported. Mississippi sheriffs have been told to stop and question people entering the state at various checkpoints along the borders, but there isn’t enough law-enforcement manpower to really make that work.

“That is great in theory, but who can afford to monitor everybody?” Hancock County Sheriff Ricky Adam told the SunHerald. “How do you stop people from traveling in this country?”

At the checkpoints, officers are supposed to instruct travelers to follow the self-quarantine orders, but “Who really knows if they are doing that quarantine?” Adam said. “That’s all gobbledygook. I know they are not able to enforce it.”

Coronavirus in the US: Map, case counts and news