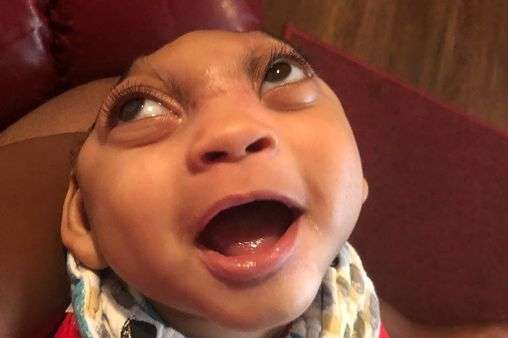 A mum whose baby boy was born with his brain tissue protruding from his skull and a tiny head, says he is thriving one year on.

Omobola Gordon who was born in London, but grew up in Houston, Texas, and husband Checotah welcomed little Ozzie on October 1, 2018.

During her pregnancy, 25-year-old Omobola was told her baby would likely be born with some malformations to the brain or skull, but she wanted to give her son a chance.

The couple even had to create a palliative care plan in the final weeks of pregnancy just in case their son wouldn't be able to survive after being born.

Ozzie was born weighing 7lb 5oz, with an encephalocele which covered a third of his face, but his skull was complete, only misshapen. 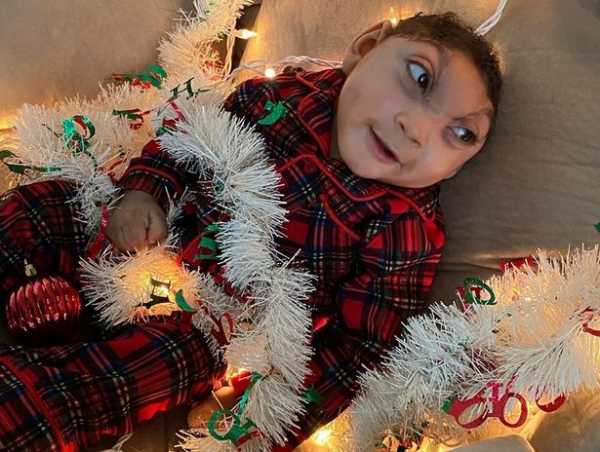 He is doing better than anyone expected
(Image: MDWfeatures / Omobola Gordon)

Two days after giving birth the family were discharged from hospital with the support of hospice nurse visits.

At four months old, Ozzie underwent surgery to remove his encephalocele and he has been defying the doctors ever since.

Although he can't crawl or toddle yet, he babbles and smiles like any baby, and Omobola says Ozzie's star smile warms the hearts of everyone who meets him. 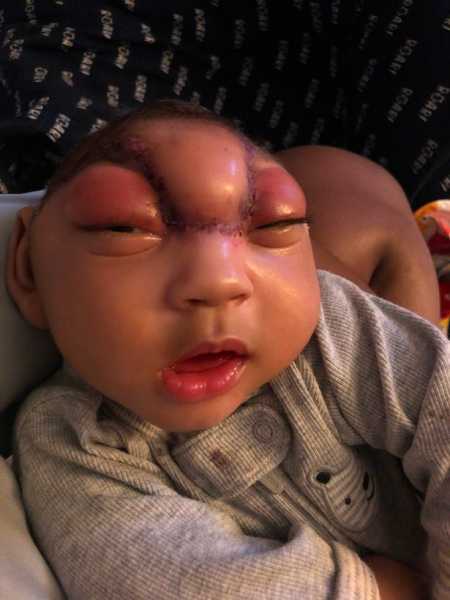 He was born with small head
(Image: MDWfeatures / Omobola Gordon)

Omobola decided to share their journey on social media to help other families who have children with special needs and the support has been overwhelming.

She hopes to show other families that miracles do happen and children with additional needs deserve just as much love as other children.

She said: "Really during my pregnancy doctors didn't give us an absolute 'this is what it is' diagnosis just because all of my blood tests and genetic tests came back as normal and so they were just going off what we could visually see on the ultrasounds. 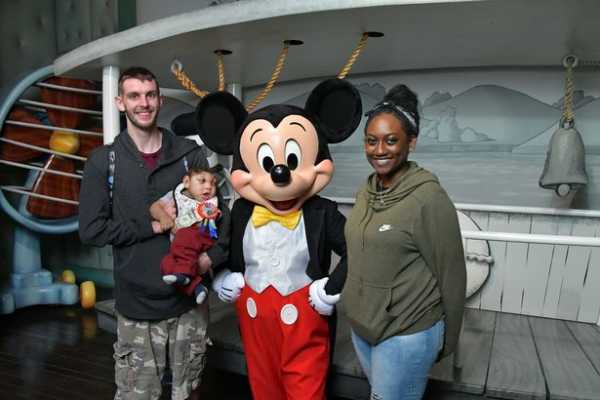 The family have been to Disney together
(Image: MDWfeatures / Omobola Gordon)

"Microcephaly is a small head that is a result of the malformation of the brain during pregnancy. In Ozzie's case, doctors believe that he has anencephaly which is the underdevelopment of the brain but anencephaly also involved an incomplete skull which Ozzie does not have.

"Ozzie's skull is complete, it is just misshapen.

"He is developmentally delayed. He doesn't crawl or walk but he can babble up a storm and his smile warms anyone's heart who witnesses it. 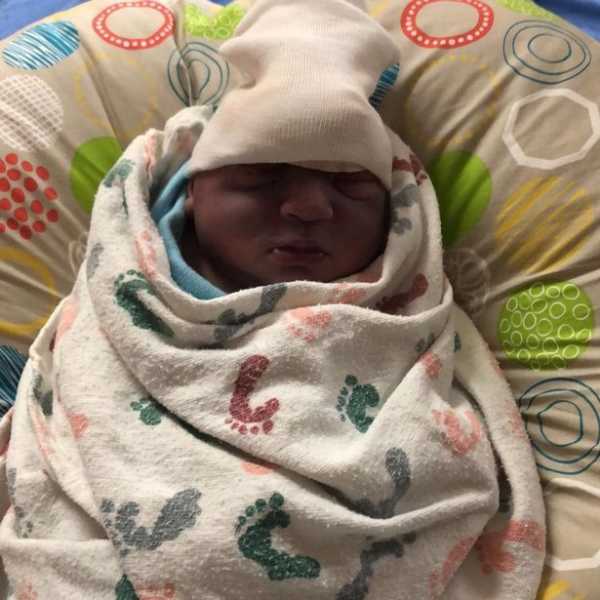 Ozzie is thriving according to his parents
(Image: MDWfeatures / Omobola Gordon)

"He seems pretty content most days. He does suffer from seizures, but he is on medication to keep them under wraps."

She added: "When he was first born, I came across an anencephaly website with people who had shared stories about their children and their experiences with the condition.

"For the first few months of Ozzie's life, I was in a dark space both mentally and emotionally and I thought that sharing his story with other people would allow me to get out all the feelings that I had been keeping to myself.

"In hindsight I'm glad that I decided to share Ozzie's story and tell people about what we were going through with him because the emotional support we have received has completely surpassed my expectations.

"I think that very often people think they are going through things alone and really it's not until we speak up and people are more informed that they can then reach out and show you the love and support you didn't know you needed.

"It is amazing to see strangers from other parts of the world reach out to me and say how much they are supporting us and praying for Ozzie. That feeling is just unbeatable."