Home Health Mysterious inflammatory syndrome tied to COVID-19 is showing up in adults in... 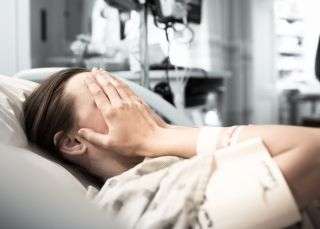 A mysterious inflammatory syndrome tied to COVID-19 that has been reported in children is now also turning up in young adults in their early 20s, according to news reports.

Doctors have now diagnosed the syndrome in a 20-year-old in San Diego and a 25-year-old in Long Island, New York, according to The Washington Post. Several additional cases have been reported in patients in their early 20s who are hospitalized at New York University’s Langone Medical Center in New York City, the Post reported.

Symptoms of the syndrome — dubbed multisystem inflammatory syndrome in children (MIS-C) — can vary. But patients tend to have symptoms similar to those found in Kawasaki disease, a rare childhood illness that causes inflammation in blood vessel walls, and in serious cases can cause heart damage, Live Science previously reported. Symptoms can include fever, abdominal pain, vomiting, diarrhea, neck pain, rash, bloodshot eyes and fatigue, according to the Centers for Disease Control and Prevention.

In young children, symptoms of the syndrome seem to more classically resemble Kawasaki disease, but teens and young adults appear to have more of an overwhelming inflammatory response involving their heart and other organs, the Post reported.

“The older ones have had a more severe course,” Dr. Jennifer Lighter, a pediatric infectious diseases doctor at NYU Langone, told the Post.

There is concern that the syndrome may be underdiagnosed in adults, in part because many doctors outside of the pediatric setting have never seen cases of Kawasaki disease.

Doctors at Rady Children’s Hospital in San Diego, where the 20-year-old patient was diagnosed, are now setting up a system for staff to screen adults for the illness, and they are talking with health officials to try to expand warnings about the syndrome to encompass young adults, the Post reported.

Adult internal medicine doctors need to be aware “that maybe this is coming their way,” said Dr. Jane Burns, director of the Kawasaki Disease Clinic at Rady Children’s Hospital, as reported by the Post.

Many patients with MIS-C have antibodies against the new coronavirus, rather than an active infection, which suggests that the syndrome may be the result of a delayed immune response to the virus.