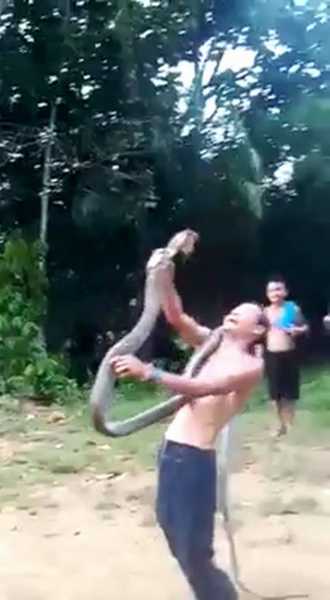 WARNING – GRAPHIC IMAGE: The shaman, from Indonesia, repeatedly spun the cobra round and laughed as it became increasingly angry until he was bitten by the reptile

A snake charmer was killed after showing off to villagers by teasing a king cobra which then bit him twice.

He kept it locked in his wooden hut for "traditional medicine" before bringing it out to show neighbours on Saturday.

Footage shows how Norjani repeatedly spun the cobra round and laughed as it became increasingly angry – hissing and lunging towards him.

The 16.5ft (five metre) long reptile then plunged its deadly fangs into Norjani's arm. However, the snake handler waved away residents who came to help and instead continued with his bizarre routine.

The snake charmer before he was bitten by the reptile
(Image: ViralPress)

The king cobra then bit Norjani a second time on his face but he still continued smiling while doing his performance.

Despite claiming to be the best healer in the Mempawah district, Norjani seemed unaware that cobras are one of the world's deadliest snakes and a bite can be fatal.

Two hours after the 4pm performance, he began feeling sick and was taken to hospital where medics gave him anti-venom. 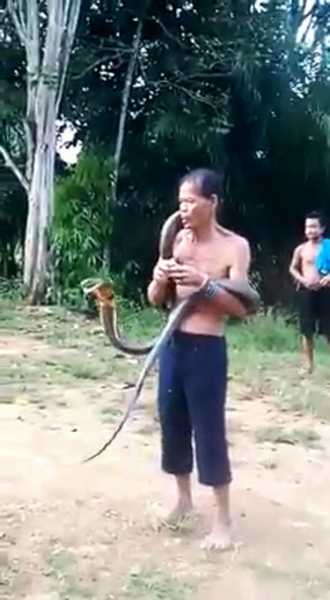 The snake was taunted by the man
(Image: ViralPress)

However, the cobra's poison had already spread throughout Norjani's body and he was pronounced dead later that evening.

His devastated family then killed the king cobra by chopping off its head, an act they believe would avenge any evil spirits.

Police Chief Dede Hasanudin said the incident happened in the Pak Utan Village where Norjani had a reputation for risky behaviour with wild animals and would often show his snake charming skills to locals. 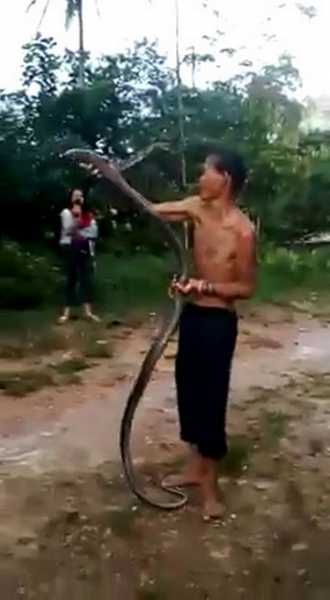 The cop said: "It is true that Norjani, or Nek Tadong as he was also known, was bitten and killed by the snake.

"At around 6.30pm the victim was taken to the clinic located in Menjalin District and was treated, but it was too late to save him.

"He was buried the next day and the family of the dead man killed the snake.

"Residents in the village knew that the victim used to keep many animals, including cobras. 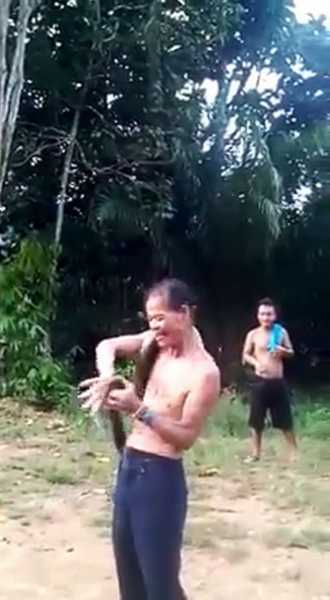 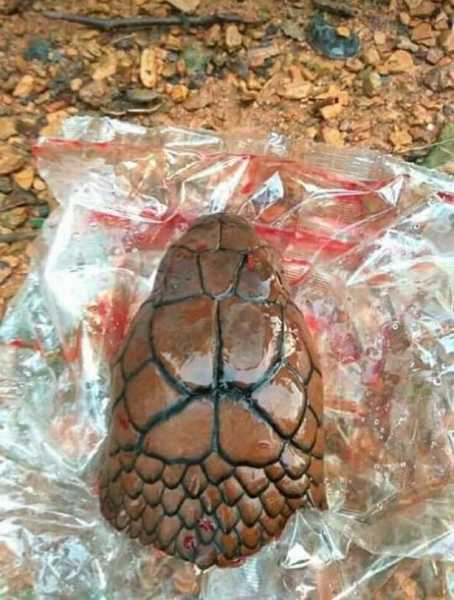 The head of the cobra that killed Norjani
(Image: ViralPress)

"He was also good at treating people with traditional techniques and was known in the village as a shaman."

The king cobra is found throughout southern Asia and is one of the most deadly species of snake in the world.

Bite victims suffer swelling and redness around the wound, difficulty breathing, vomiting and nausea, blurred vision, sweating and salivating and numbness in the face and limbs.

Anyone who is bitten must try to remain still to slow blood circulation and prevent the venom spreading around the body.

A tourniquet can also be used at the site of the bite to stem venom flow until the victim can reach a hospital to receive anti-venom.

Cobra bites are responsible for thousands of deaths each year in the region.