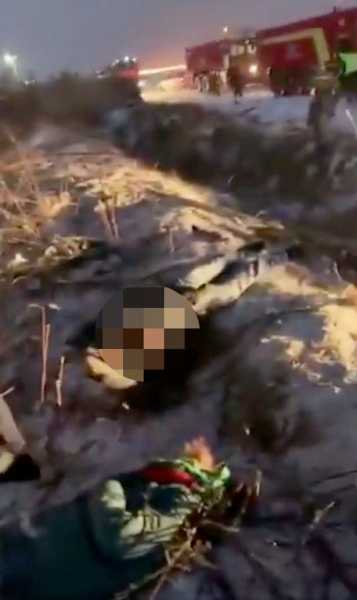 Terrified survivors of the Bek Air plane crash have revealed the moment they knew the plane was doomed.

At least 14 people died when a Fokker-100 plane crashed into a two storey building in Kazakhstan.

Eight frightened children were rescued injured from the plane which was carrying 95 passengers and five crew.

But desperate passengers were forced to take to social media to call for help from the wreckage amid fears the stricken aircraft could explode.

The plane got into trouble immediately after takeoff and disappeared from radar crashing into a concrete fencing and into a building.

Wreckage and bodies were strewn over the landscape

Passenger Gulnara Koshenova said: "We started to gain height. Then there was a strong shake, and in the end the crash.

“Everything began to shake and fall. There were screams.

“Someone broke the emergency exit and we ran out.” 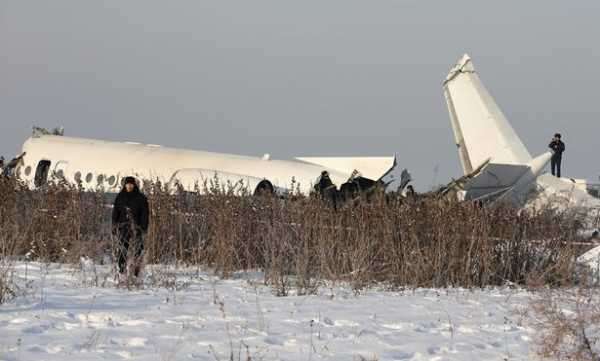 Emergency and security personnel are seen at the site of a plane crash near Almaty
(Image: REUTERS)

Passengers from the stricken plane were phone emergency services and posting videos.

It took 20 minutes for a car with ‘Security’ written on the side to arrive. 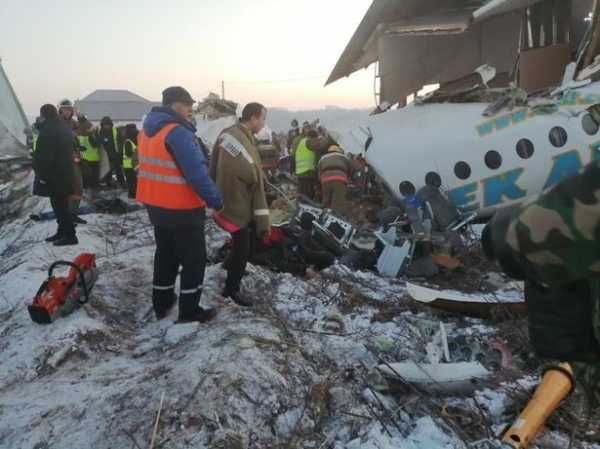 The plane crashed after take off from Almaty airport

“Only this car just arrived. And some security car takes the (injured) kids away.

“No more help. No ambulances. No paramedics.”

There were complaints at the time it took for ambulances to reach the scene.

One pilot was rescued alive from the wreckage but died later in hospital, said reports. 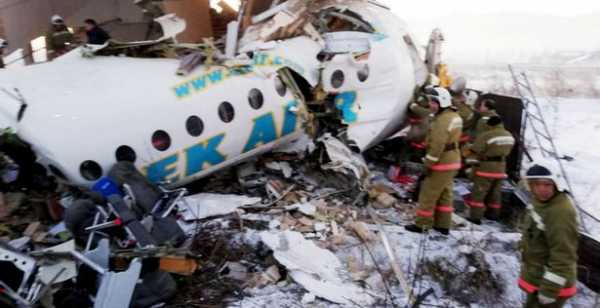 Wreckage of the crash near Almaty airport

A male passenger said: “It took off, did one circle and crashed.”

Latest reports said that 35 were injured on the Bek Air flight.

Some 22 were reported as being delivered to hospitals, including ten men, six women,and eight children including two babies.

Accounts said 82 escaped alive from the mangled wreckage of the  plane which came down soon after leaving Almaty airport in the country’s largest city en route for capital Nur-Sultan. 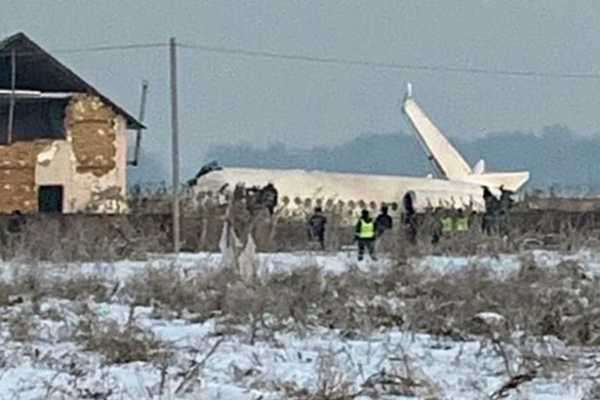 Videos of the horror appears on social media before the Kazakh authorities sought to ban images from the scene, said journalist Denis Krivosheyev

The crash was between two villages close to Almaty airport, say reports.

Some accounts say the plane had aborted its first take off and the crash came after the second attempt.

“It took off and there was a scary sound,” said one passenger. “Then it descended again and fell on the side.

“It was like in a movie: rattling, screaming. I was in such a state, I thought it was the end, then there was a crash and a terrible roar.

“There was no way out. Someone shouted: ‘Get out!’

A Bek Air Fokker 100 like the one that crashed
(Image: bek air)

“I did not know where to go, I lost the ability to speak.

“Someone showed where to go. I was sitting next to the wing and there was an  emergency exit. I went out, stepped on the wing, jumped, fell down.

“They shouted: ‘Get away, it can explode.”

Bek Air is a Kazakh airline founded in 1999.

President Kassym-Jomart Tokayev pledged to provide families of the victims with compensation.

He tweeted that those responsible "will be severely punished in accordance with the law."

Reports said people were urgently donating blood for the wounded.

Scientists have solved one of the problems of future colliders