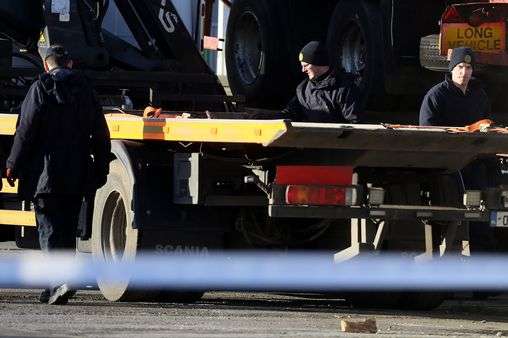 One of the victims of a brutal shooting "died twice" before being brought back to life by emergency service workers.

Police rushed to the scene in Swords, North Dublin, yesterday morning after a masked gunman stormed an industrial lot before blasting two men as they sat in a vehicle.

The men were rushed to hospital and one of them, who was shot up to five times, is in a critical condition.

His heart stopped twice before emergency workers managed to bring him back to life, it has been reported.

The other man was seriously injured after being shot twice in the back but is now responsive, according to Dublin Live. 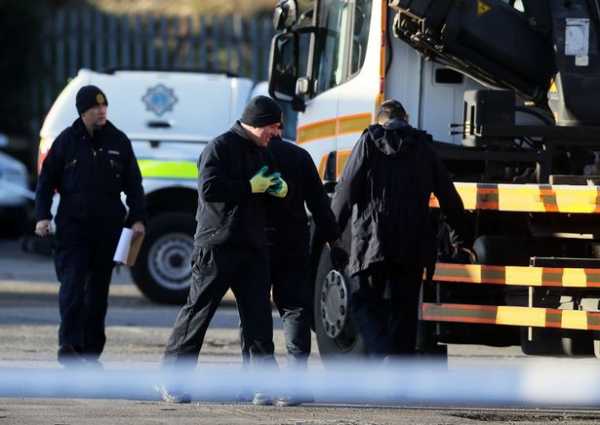 Gardai, the police service of the Republic of Ireland, have arrested two men in connection with the brutal attack.

The shooting happened in broad daylight inside a commercial yard at around noon.

The balaclava-clad men tracked the victims as they drove into the premises on Killeek Lane in the St Margaret’s area close to Dublin Airport.

One opened fire at the pair as they sat in the front of a blue Mercedes.

A number of people were working in nearby businesses when the incident happened. 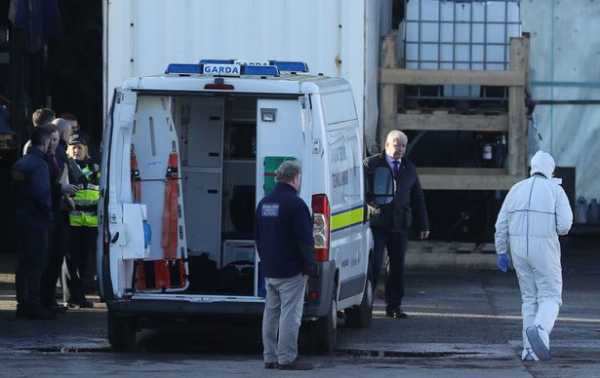 The shooting happened in Killeek Lane in the St Margaret's area
(Image: PA)

The thugs fled the park at high speed in a black Citroen C5 and drove in the direction of Coolock.

A car suspected of being linked to the attack was found ablaze at Greenwood Avenue off the main Malahide Road shortly afterwards.

Two suspects were arrested after being quizzed yesterday night and can be held by police for three days. 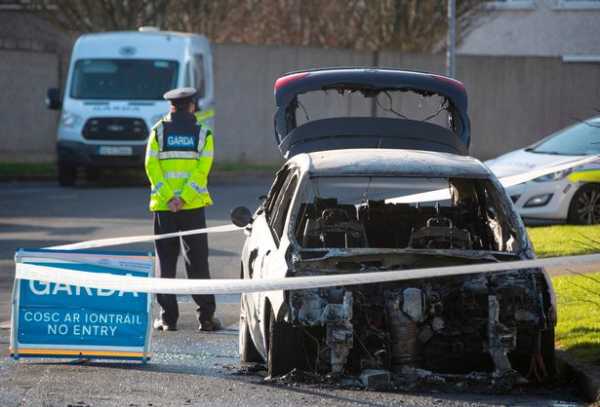 The car was found burned out on Greenwood Avenue
(Image: Colin Keegan)

Gardai are trying to establish a motive and are searching for the gun used in the attack.

One alarmed local expressed concern and said: “You just don’t know what’s going to happen anywhere after everything we have heard and seen this week. It’s worrying when it’s so close to you.”

A Gardai spokesman said: “Gardai are investigating a shooting incident that occurred at approximately 11.30am at Killeek Lane, St Margaret’s, Swords, Co Dublin.

“Two males received treatment at the scene before being transferred to Beaumount and Connolly Memorial Hospital.

“Two males have been arrested under the Section 30 Offences Against The State Act 1939.”

Earthquake news: Major tremor predicted for this weekend due to ‘electromagnet...