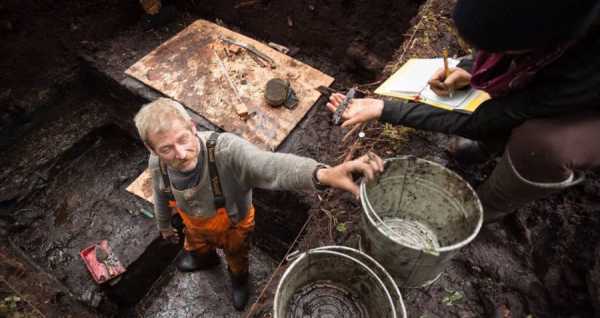 A researcher at the site said, “I remember when we got the dates back, and we just sat back and said ‘Holy moly, this is old.'”

A team of Canadian Ph.D students discovered an ancient village that dates back to before the era of the pyramids.

CTV reports that a team of students from the University of Victoria’s archeology department have uncovered the oldest settlement in North America. This ancient village was discovered when researchers were searching Triquet Island, an island located about 300 miles north of Victoria, British Columbia.

The team found ancient fish hooks and spears, as well as tools for making fires. However, they really hit the jackpot when they found an ancient cooking hearth, from which they were able to obtain flakes of charcoal burnt by prehistoric Canadians.

Using carbon dating on the charcoal flakes, the researchers were able to determine that the settlement dates back 14,000 years ago, making it significantly older than the pyramids of Ancient Egypt, which were built about 4,700 years ago.

To understand how old that truly is, one has to consider that the ancient ruler of Egypt, Cleopatra lived closer in time to you than she did to the creation of the pyramids. Even to what we consider ancient people, the Egyptian pyramids were quite old.

This newly discovered settlement dates back more than three times older than the pyramids. 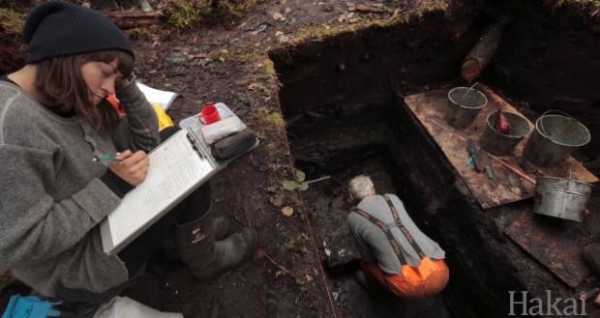 Alisha Gauvreau, a Ph.D student who helped discover this site said, “I remember when we got the dates back, and we just sat back and said, ‘Holy moly, this is old.’”

She and her team began investigating the area for ancient settlements after hearing the oral history of the indigenous Heiltsuk people, which told of a sliver of land that never froze during the last ice age.

William Housty, a member of the Heiltsuk First Nation, said, “To think about how these stories survived only to be supported by this archeological evidence is just amazing.”

“This find is very important because it reaffirms a lot of the history that our people have been talking about for thousands of years.”

Researchers believe that this settlement indicates a mass human migration down the coast of British Columbia.

“What this is doing, is changing our idea of the way in which North America was first peopled, said Gauvreau.”

The students hope to continue to search nearby islands for more evidence of this migration.