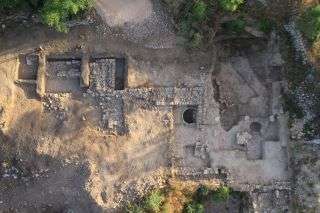 A bird’s-eye view of the temple, taken at the end of the 2013 excavation season.

The discovery of an Iron Age temple near Jerusalem has upended the idea that the ancient Kingdom of Judah, located in what is now southern Israel, had just one temple: the First Temple, also known as Solomon’s Temple, a holy place of worship in Jerusalem that stood from the 10th century B.C. until its destruction, in 586 B.C.

The newfound temple — whose roughly 150 congregants worshiped Yahweh but also used idols to communicate with the divine — was in use during the same period as the First Temple. Its discovery shows that, despite what the Jewish Bible says, there were other contemporary temples besides the First Temple in the kingdom.

“If a group of people living so close to Jerusalem had their own temple, maybe the rule of the Jerusalem elite was not so strong and the kingdom was not so well established as described in the Bible?” study co-researcher Shua Kisilevitz, a doctoral student of archaeology at Tel Aviv University in Israel and an archaeologist with the Israel Antiquities Authority, told Live Science.

Archaeologists have known about the Iron Age site at Tel Motza, located less than 4 miles (6.4 kilometers) outside Jerusalem, since the early 1990s. However, it wasn’t until 2012 that researchers discovered the remains of a temple there, and it wasn’t until just last year that they excavated it further, ahead of a highway project.

This temple was likely built around 900 B.C. and operated for a few hundred years, until its demise in the early sixth century B.C., according to Kisilevitz and her co-researcher, who wrote about it in the January/February issue of the Biblical Archaeology Review magazine.

This timing of the temple’s existence dumbfounded archaeologists. “The Bible details the religious reforms of King Hezekiah and King Josiah, who assertedly consolidated worship practices to Solomon’s Temple in Jerusalem and eliminated all cultic activity beyond its boundaries,” Kisilevitz and review co-author Oded Lipschits, the director of the Sonia and Marco Nadler Institute of Archaeology at Tel Aviv University, wrote in the magazine.

These reforms likely happened between the late eighth and the late seventh centuries B.C. In other words, they occurred at the same time that the Tel Motza synagogue was operating, the researchers said.

Was it daring for such a temple to seemingly defy the kings’ orders and operate so close to Jerusalem? The only other known temple from this time period in the kingdom, besides the First Temple, “is a small temple in the southern border fort of Arad, which served the local garrison,” Kisilevitz said.

However, it appears that there were sanctioned temples in the kingdom whose continued existence was permitted, despite Hezekiah’s and Josiah’s reforms, Kisilevitz and Lipschits said. Here’s how that may have happened.

The site was home not just to the temple, but also to dozens of silos for grain storage and redistribution. In fact, the granary appears to have thrived as time went on, and it even had buildings that likely served administrative and religious purposes.

It appears that Tel Motza became such a successful granary that it catered to Jerusalem and became an economic powerhouse. “It seems that the construction of the temple — and the worship conducted in it — were related to [the granary’s] economic significance,” the researchers wrote in the magazine piece.

So, perhaps the temple was allowed to exist because it was tied to the granary and didn’t seem to threaten the kingdom in any way, the researchers said.

The temple itself was a rectangular building with an open courtyard in front. This courtyard “served as a focal point for the cultic activity, as the general population was not allowed into the temple itself,” Kisilevitz told Live Science.

“Cultic finds in the courtyard include a stone-built altar on which animals were sacrificed and their remains discarded into a pit dug nearby,” Kisilevitz said. In addition, four clay figurines — two human-like and two horse-like — had been broken and buried in the courtyard, likely as part of a cultic ritual.

The horse-like figurines may be the oldest known depictions of horses from the Iron Age of Judah, the researchers added.

But the ancient people probably weren’t worshipping the clay idols, Kisilevitz noted. Rather, these idols were “a medium through which the people could communicate with the god [or gods],” likely to ask for good rainfall, fertility and harvest, Kisilevitz told Live Science.

It’s not surprising that people in the ancient Kingdom of Judah used idols, the archaeologists noted.

“Evidence of cultic activity throughout the Kingdom of Judah exists both in the biblical texts (depicted as royally sanctioned, with the notable exception of Hezekiah and Josiah who conducted cultic reform) and in the archaeological finds,” Kisilevitz told Live Science.

Moreover, during this time, new political groups were emerging in the Levant, the region that includes Israel and its neighboring countries today. Given these tumultuous changes, people tended to stick with their old religious practices, the researchers said. Even the Tel Motza temple’s architecture and its artifacts were reminiscent of religious traditions from the ancient Near East that had been practiced since the third millennium B.C., the researchers said.

In all, the discovery of this temple sheds light on state formation during this period, the researchers said. When the Kingdom of Judah first emerged, it wasn’t as strong and centralized as it was later on, but it built relationships with local nearby rulers, including one at Tel Motza, the researchers said. 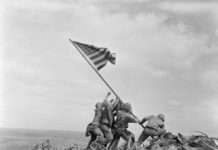 Raising the flag on Iwo Jima: Here’s the story behind that iconic World War II photo 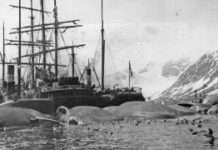 Why was whaling so big in the 19th century? 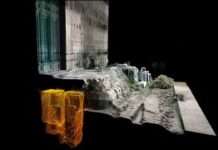