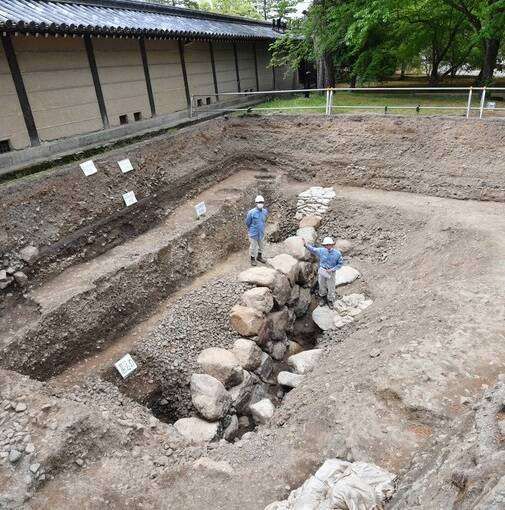 Few ever saw the Kyoto castle of Japanese warlord Toyotomi Hideyoshi after it was completed in 1597. It was soon damaged in battle and covered over with new construction before fading into legend.

But now, after 400 years, archaeologists have uncovered the remains of this historic site. Workers have excavated the castle’s walls, moat, and gold leaf roof emblazoned with Hideyoshi’s family crest. 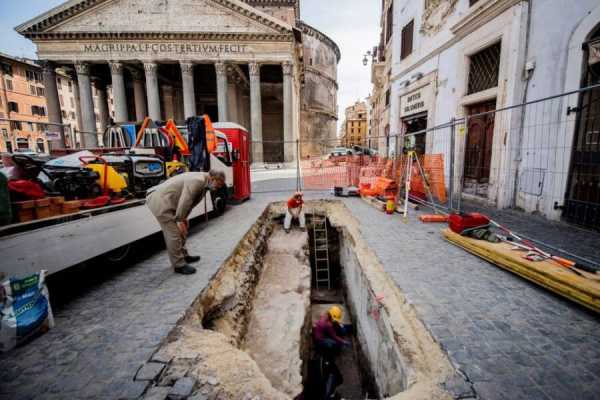 Alessandro Serrano/AGF/Universal Images Group via Getty ImagesConstruction underway following the emergence of a sinkhole near the Pantheon in Rome.

A sinkhole that opened up in front of the ancient Pantheon in Rome has revealed a surprise: original Roman paving installed 2,000 years ago when the historic structure was first built.

The sinkhole measures 10 feet wide and more than eight feet deep. Inside, archaeologists found seven ancient slabs made of travertine, a type of sedimentary rock used to make Roman roads. 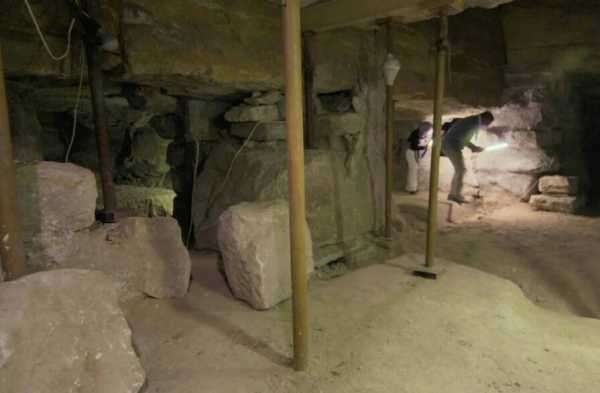 National GeographicThe funeral complex was found at the bottom of a 40-foot shaft, from which archaeologists had to remove 42 tons of fill before entering.

In July 2018, archaeologists unearthed a sprawling, ancient Egyptian “funeral home” beneath Saqqara. The trove of discoveries pointed toward a substantial funeral industry in ancient Egypt and has since allowed researchers to document evidence of this business for the first time.

The discovery of this necropolis sent shockwaves through the archaeological community — and shifted the focus from royal, pharaoh-centric tomb research to that of a more plebeian variety, yielding new information about the day-to-day business of death.

Ozone hole three times the size of Greenland opens over the...