THE jokey Facebook event set up to storm top security US Air Force base Area 51 in September has been panned as “terrible” by an intelligence expert who questioned its potentially nefarious source. 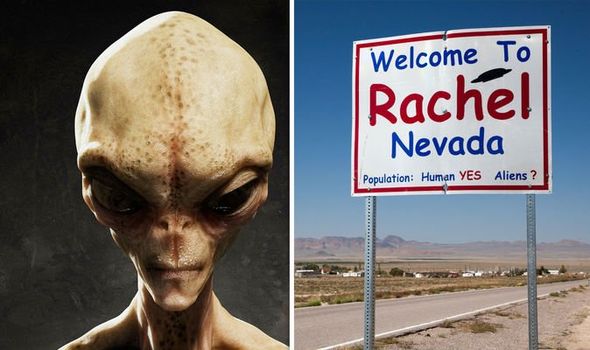 Thornton D. Barnes, who actually spent time on Area 51, in his time as an Army intelligent special, wrote a Fox News column to criticise would be protestors. Mr Barnes admitted there was a chance many signed up as a tongue-in-cheek joke, but questioned the source of the event: “In fact, how do those participating know who is behind this plan? How do they even know that the organisers are not connected to ISIS or some other adversary or enemy using them to disrupt or penetrate the national security of the United States?” The expert said the US was more than justified in sending heavy-handed warnings.

He wrote: “Merely naming the Facebook event, ‘Storm Area 51, They Can’t Stop All of Us’ speaks of incredibly irresponsible and naive thinking by a horde of ‘iPad Warriors’ who don’t have a clue about the many consequences should they attempt to storm Area 51, or any other military installation for that matter.”

Mr Barnes says he spent more than a decade in military service but: “Not once did I ever think that I’d seen, nor did I ever hear a pilot say that he or she had seen an alien spacecraft.

“The Facebook warriors, thinking that they will find aliens at Area 51 are ludicrous — there is no basis for their thinking so whatsoever. They have no smoking gun.”

He also then began to talk about potential legal risks if a storming took place, including someone getting seriously hurt. 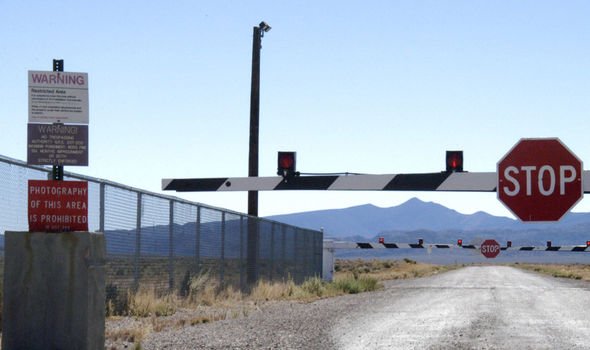 Mr Barnes rejected the chances of protestors successfully storming the base and making it back whilst evading capture and detection.

He spoke of the heavy guns on the site: “In the real world, Area 51 is a remote rectangular no-fly area measuring 23 by 25 miles inside the Nevada Test and Training Range, a military training area used by the United States Air Force Warfare Center at Nellis Air Force Base. The NTTR land area includes a “simulated Integrated Air Defense System,” several individual ranges with 1.200 targets, and four remote communication sites.

“Area 51 also borders the Yucca Mountain nuclear waste repository and the Nevada National Security Site, the location of 739 nuclear tests conducted by the United States Department of Energy. Consequently, the possibility of 1 million or more people storming Area 51 will require the participants to brave and survive trespass through an aerial gunnery and bombing range heavily utilized for electronic combat ranges, aircraft control and warning.

“The invasion participants will face other challenges as well. They must face the elements of a desert with wide valleys above 3,900 feet bordered by parallel mountain ranges with summits higher than 9,800 feet. The temperature in September can be expected to reach 100F (38C).”

He pointed out the base long claimed to hold evidence of extraterrestrial life by conspiracy theorists is home to the training base for counterterrorism first responders, and that due to the heavy publication of the now-viral event, Air Force and Homeland Security officials will be prepared.

Mr Barnes added the K-9 units, armed helicopter and armoured land vehicles would be in force at the site.

He also reiterated: “There are no and have never been aliens or extraterrestrial craft at Area 51, period!”

With a man being shot dead for attempting to enter the highly secret base, one organiser of the event reiterated in a Facebook post it was intended as a joke and denied any responsibility if anyone decided to seriously go through with it: “Hello US government, this is a joke, and I do not actually intend to go ahead with this plan.

The Biggest Black Hole Findings of 2019