Home Planet Earth Alien base and pyramids ‘found on Mars’ – ‘NASA kept it a... 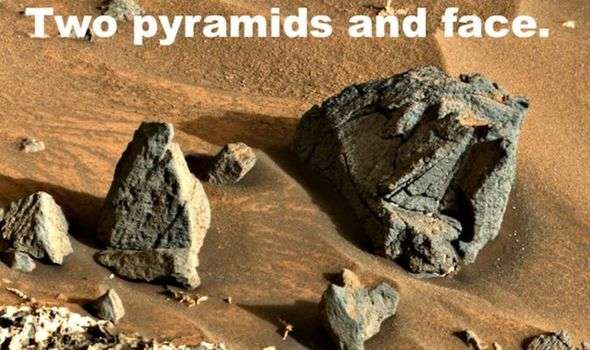 ALIEN hunters have been sent into a frenzy after they spotted what they believe to be a doorway leading to an extraterrestrial base and artificial structures on Mars.

UFO enthusiasts believe they have hit the jackpot in the search for life on Mars after spotting what they believe to be structures on Mars. Earth’s next-door neighbour has proved to be a hotspot for alien-hunting activity, with relentless theories of life on Mars.

Conspiracy theorists have long believed that Mars is home to alien life, and now they believe they have the proof.

Prominent conspiracy theorist Scott C Waring claims to have found evidence of a base belonging to “giant” Martians.

Mr Waring also believes these Martians built monuments on the Red Planet, and NASA has been keeping it a secret.

Mr Waring wrote on his blog ET DATABASE: “The other thing is a giant sculpture head with an equally sized hand with four visible fingers (highlighted in yellow), near it is a dragon skull (highlighted in orange). 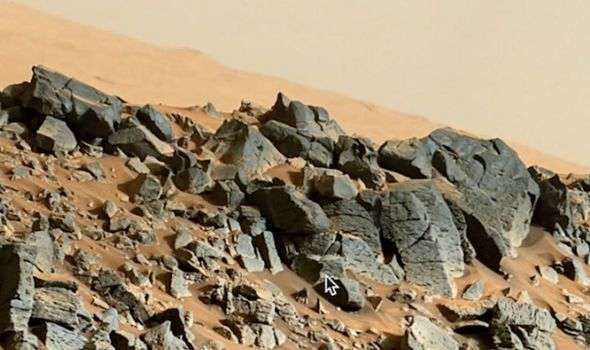 “This may be evidence of a giant species, turned into a giant fossil. But my be a statue, since the doorways were so small, one 1/3 a meter tall openings, compared to the hand of the giant…which appears to be 2 meters across.

“There were also two pyramids, one still being carved from the local stone, the other finished but with a face on the top.

“All in all, it seems Mars was teaming with intelligent life and the evidence is all over the place. Hard to believe NASA kept the secret for so long.”

However, sceptics and NASA would say the bases and other similar findings are just the effects of pareidolia – a psychological phenomenon when the brain tricks the eyes into seeing familiar objects or shapes in patterns or textures such as a rock surface. 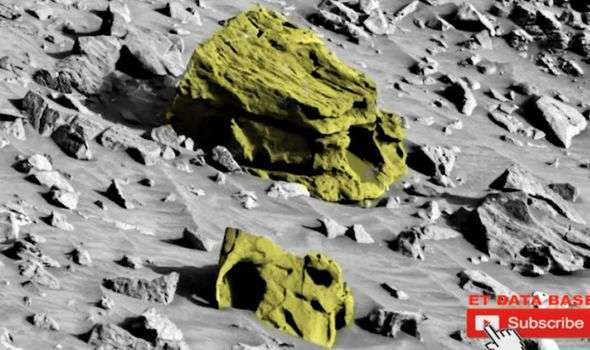 This would mean the base and other similar findings are simply rocks in a familiar-looking shape. “They only want to drip feed the public boring science facts to satisfy the public’s curiosity. It is called the trickle-down theory and NASA perfected it.