AN ‘interesting’ structure has been found on the Moon and conspiracy theorists believe it is “100 percent” proof of alien life. 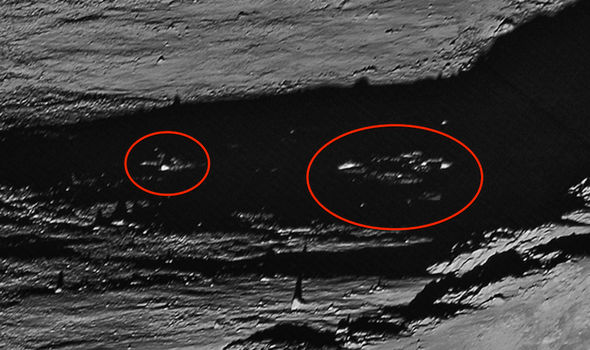 Inside the Tycho crater, one of the Moon’s biggest craters and found in the southern hemisphere, conspiracy theorists believe they have spotted a strange structure. Alien hunters have been prowling through NASA images and stumbled on the odd-looking building, which resembles a small city. By analysing the images, UFO enthusiasts believe the structure is about one kilometre long – and the sighting has sparked some out there theories.

Mr Waring says the ‘grey aliens’ reside in the crater, and even gives a detail description of their activities.

He wrote on UFO Sightings Daily: “This is huge and it is sitting on a hill slanted to one side.

“I estimate it to being about 1km long and next to it is another structure that is smaller and more elaborate.

“The object sits in the shadows to hide it, or to keep the suns rays limited.

“Many aliens like the greys have a second eyelid that is like sunglasses to protect their eyes from the light.

“If this species of alien has sensitive eyes, also, the glaring sunlight might bother any species since the moon is much closer than earth at times to the sun.” 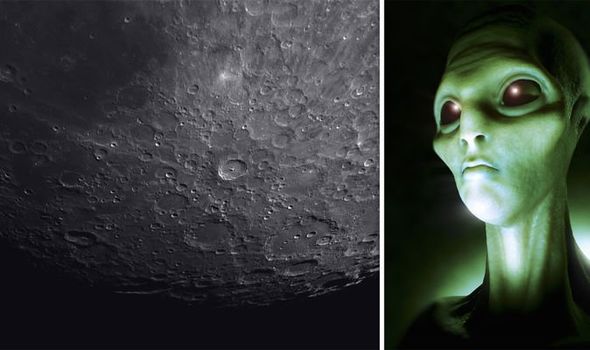 Some conspiracy theorists claims the Moon could be occupied by aliens and that is the reason NASA has not returned since the Apollo missions ended in the 1970s.

However, sceptics and NASA say the structure and other similar findings are just the effects of pareidolia – a psychological phenomenon when the brain tricks the eyes into seeing familiar objects or shapes in patterns or textures such as a rock surface.