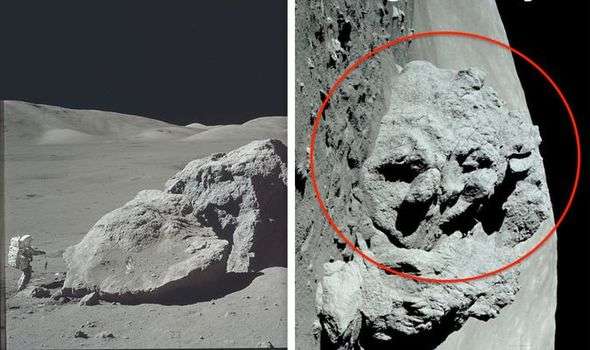 A UFO hunter claims to have discovered a statue of two alien faces on the Moon, dubbing the supposed bombshell find “100 percent proof of intelligent life”.

UFO hunter Scott Waring believes the unusual rock formation photographed by NASA astronauts was sculpted by aliens. In a post on his blog ET Database, the conspiracy theorist shared a photo of a lunar feature known as a geophone rock. The rock was photographed in 1972 by the crew of Apollo 17, the last pair of humans to walk on the surface of the Moon.

According to Mr Waring, the rock shows two alien faces fused in unity.

Although at first glance there is nothing unusual about the rock, the UFO expert said its features come to light when tilted by 90 degrees.

Mr Waring said: This face sculpture actually is artistic, it has two faces side by side, one larger male – left side – and one smaller female – right side.

“Two halves of each person to show that together, they complete one another. Both artistic and poetic. 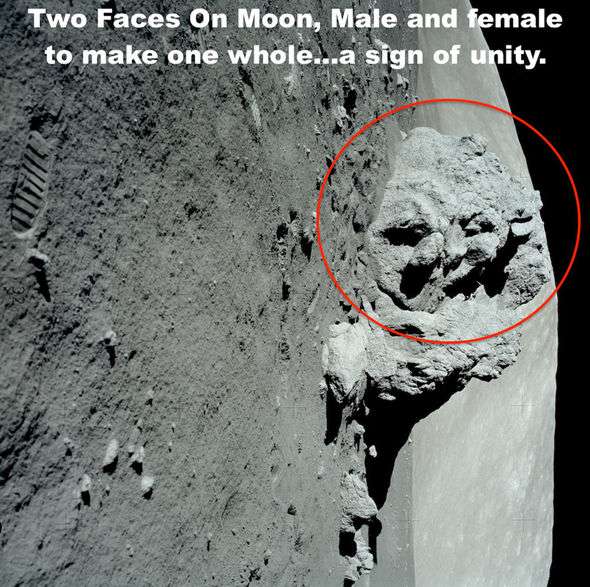 “I believe it will be very hard for most people to see the two faces, but they should be able to see the larger male side of the face.

“If you tilt the photo to the right 90 degrees, it makes it much easier to see both faces.”

However, there is no evidence life has ever existed on the Moon or anywhere else in the solar system.

The geophone rock was photographed by the Apollo 17 crew in the Taurus–Littrow valley region of the Moon.

You can see the rock marked on an aerial photo taken by the Apollo 17 crew leaving the Moon.

You can also see the rock in the background of a photo showcasing the mission’s various surface experiments.

NASA said of the photo: “The background in both surface pictures gives a feel for the rugged terrain that surrounded the astronauts as they explored the valley.

“The mountains rise 1.5 to 2 kilometres above the valley floor, which is more relief than you would find at the Grand Canyon in Arizona.” 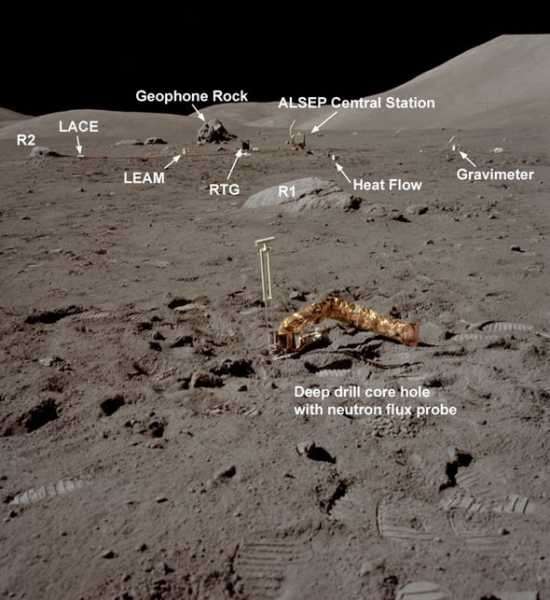 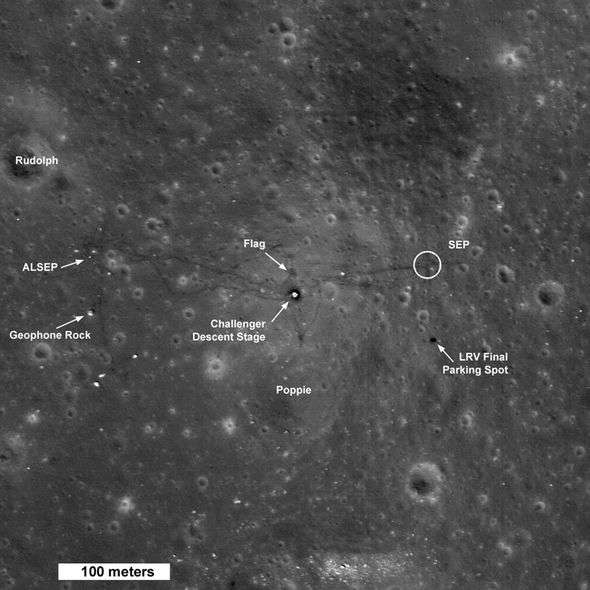 Commander Cernan and Mr Schmitt walked on the Moon, while Mr Evans remained in lunar orbit.

But if the astronauts did not encounter an alien statue on the Moon, why does Mr Waring believe the rock is extraterrestrial in nature?

According to NASA, the answer could lie in a psychological trick of the mind known as pareidolia.

Pareidolia causes the mind to see shapes and patterns where they do not exist, leading many to see alien faces and UFOs in natural formations.

“Seeing the famous man in the moon is a classic example from astronomy.”