AN ALIEN lunar base visible on Google Moon has sparked fears of an alien life cover-up by space agency NASA, a UFO hunter has outlandishly claimed.

NASA’s Lunar Reconnaissance Orbiter (LRO) has been surveying the desolate lunar surface since 2009. During that time the NASA probe has proved invaluable in identifying sites with high scientific worth and areas ideal for future lunar missions. But now a self-proclaimed UFO expert believes NASA’s lunar orbiter has made its most important discovery to date – evidence of a giant alien city on the Moon’s surface. Scott Waring took to his etdatabase.com blog to speculate about the Google Moon map anomaly.

He said: “I have found an alien structure over 9 miles (15km) long on the Moon’s De Moraes Crater.”

I have found an alien structure over 9 miles (15km) long on the Moon’s De Moraes Crater.

Waring then zooms into the Moon anomaly in order to focus on its grainy indistinct detail.

He said: “You can see there is a structure here and it this does appear to be solid object.”

A shadow appears to stretch out from underneath the anomaly, which Waring attempts to overcome by brightening the aerial photo.

“The object must be huge and it looks like part of the object is a circular tube. 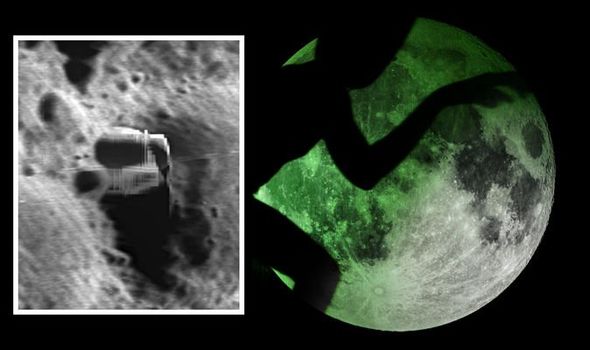 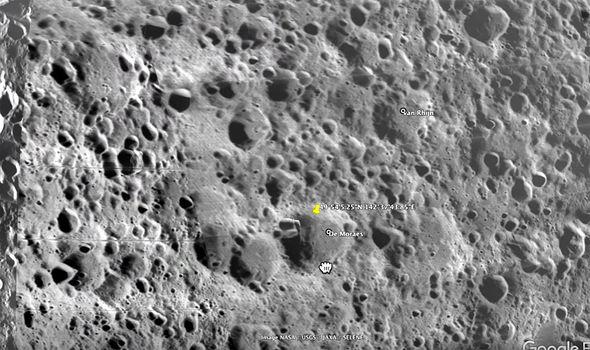 “Look at all of this right angles on this thing – they don’t look like pixilation at all.

“It looks like the side of an alien building from up-close – and this is just mind-blowing guys, it really is.”

The intriguing image is in fact just part of a mosaic documenting the Moon’s surface, shot by NASA’s Lunar Reconnaissance Orbiter.

Waring continued: “It almost looks like a crater itself, but it’s not there in other photos.

“If we try to look at this in other photos, it just disappears.

The alien life conspiracy theorist proceeds to examine the image with two different filters supplied by the Google Moon app.

And the mystery object really does appear to vanish when both Visible Imagery and Colourised Terrain are applied.

For Waring, who has long expressed doubts about NASA’s achievements, this is further proof of cover-up by the US space agency.

He said: “The Lunar Orbiter mosaic is the older of the Google Moon images.

“What NASA did is edited this object out and put a fake crater in the location.” 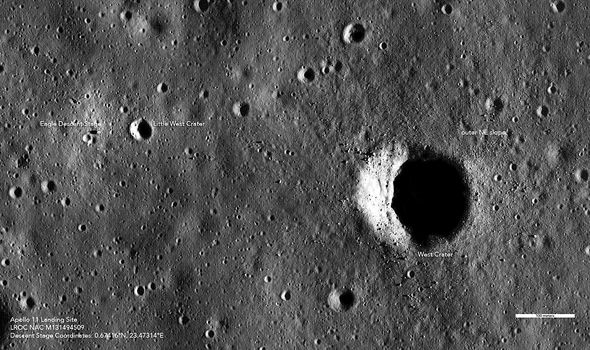 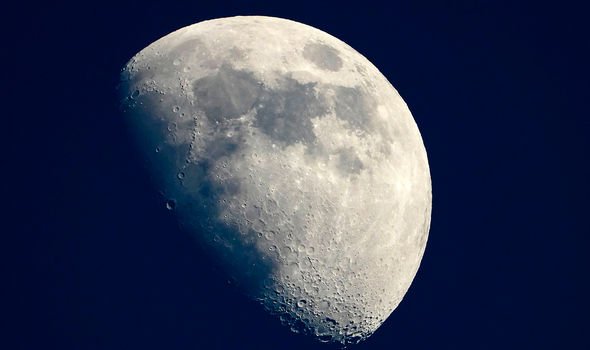 Waring continues by speculating that ghostly straight lines in the image, almost certainly created by stitching the composite together, are actually evidence of a NASA conspiracy.

He asked: Why did NASA want us to not see this alien building?

“Well they just don’t want us to see a lot of things and it is easy to edit some of these things out.”

The video quickly garnered scores of comments on YouTube.

YouTube user George Mair commented: “Hi Scott it could be a huge ventilation system for an underground city to vent out fumes of some kind?”

And user The UFO Experience added: “My impression is it might be some kind of mobile drilling machine.”