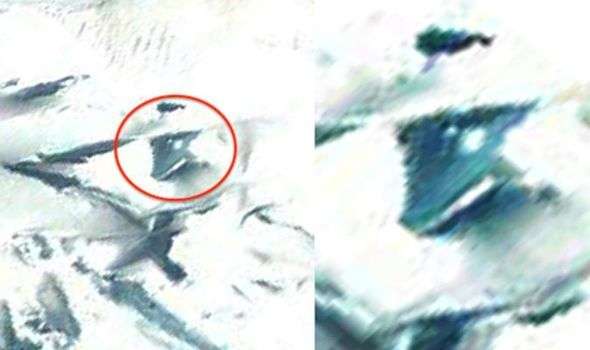 ALIEN hunters believe they have found a UFO in Antarctica which they claim is “100 percent evidence” that extraterrestrials have made their way to Earth.

Despite countless supposed UFO sightings, there is zero evidence to suggest that aliens have ever been on Earth. In fact, there is little evidence which supports the theory that life exists anywhere else in the Universe. However, one conspiracy theorist believes he has now found that evidence in the form of a triangular UFO which he spotted on an Antarctic island.

Prominent UFO hunter Scott C Waring believes he has spotted a UFO which suggests that aliens not only made their way to Earth but have also lived here.

Mr Waring claims the UFO and base were only uncovered as the warming globe caused snow and ice to melt away in the Antarctic.

Mr Waring wrote on his blog ET Database: “I was looking over an island in the Antarctic region when I came across a craft.

“The triangle craft has a hump in the middle and a thicker edge with three sides. 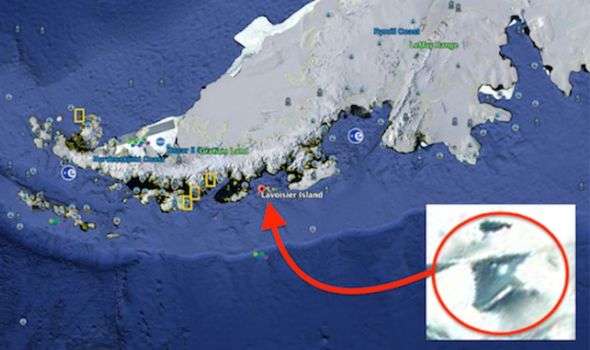 “It looks metallic and its sitting in an area which appears to be the location of an ancient alien base.

“This craft was revealed after warm years had melted the ice and snow revealing the secret craft below. This is 100 percent evidence that aliens have lived on Earth long before humanity ever made cites.”

However, some people who commented on Mr Waring’s work were not in agreement with the alien hunter.

A YouTube user who goes by the name moogie8596 simply said: “Looks like a rock ridge to me.”

NASA and other sceptics would agree with this sentiment, stating the ‘UFO’ and other similar findings are just the effects of pareidolia – a psychological phenomenon when the brain tricks the eyes into seeing familiar objects or shapes in patterns or textures such as a rock surface. 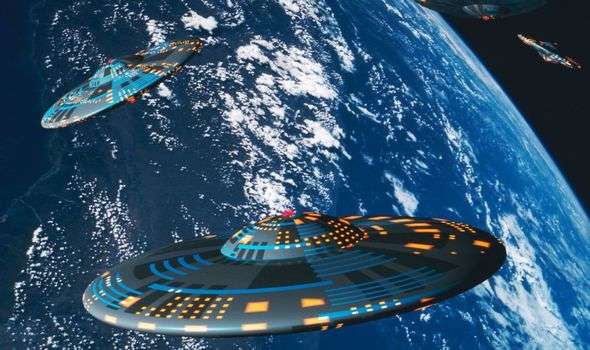 This is not the first time claims have been made about ancient aliens living on Earth, and some believe evidence can be found in old paintings.

Painted on the walls of the Svetitskhoveli Cathedral in Georgia is an 11th-century portrait of Christ.

The fresco painting shows Christ being crucified with a large crowd gathering around him, but in the top left and right corners are what appears to be flying crafts or some form of advanced technology which humans clearly would have not have had 2000 years ago.

The ships are dome-like, with three trails coming out of each which look like a propellant of some kind.

Art historians who have studied the 11th-century painting claim that the strange crafts actually represent guardian angels, however.