A BIZARRE unexplained object has been uncovered on Google Earth in the middle of Antartica, sparking frenzied speculation as to the mysterious origins of the 300ft-wide sighting.

A mysterious 300ft-object has surfaced on Google Earth in the middle of Antartica, appearing completely “out-of-place”. Video of the unexplained and unusual finding sparked a frenzy of speculation as to its origins from UFOs to natural phenomena. The peculiar discovery reveals a massive dark object unlike anything else seen in the nearby Antarctica region.

The finding was recently made by a leading conspiracy theory YouTuber MrMBB333 whilst browsing Google Earth – the authenticity of which couldn’t be immediately verified.

The YouTuber noted that the object appears to measure 277 feet across and about 260 feet tall, “whatever this may be”.

He suggested that it may have been uncovered due to melting glaciers in the area.

The video was captioned: “Something REALLY Strange Shows Up On Google Earth In ANTARCTICA – Nearly 300ft Wide!”

JUST IN: BBC Weather: Heavy snow to blanket UK in under a week – ‘Wild weather expected!’ 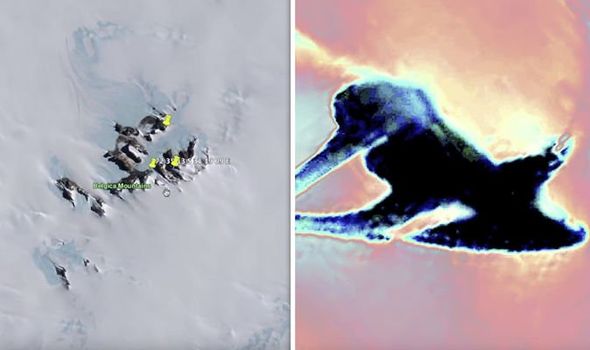 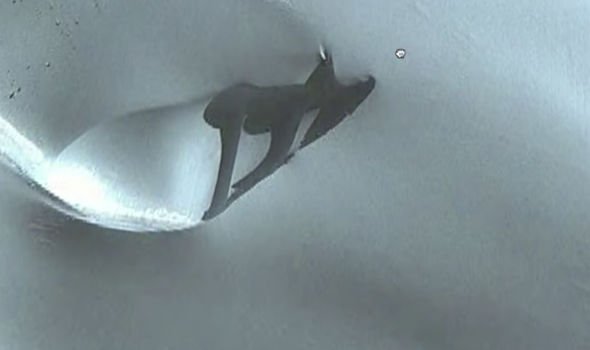 He told viewers: “Something appears to be in the ice and snow down in Antarctica. Looks like it may have been flying at the time it was taken.

“It doesn’t look like it belongs there. It actually looks intelligently designed.”

The YouTuber examined the object from different angles and even showed heat signals coming from the object. 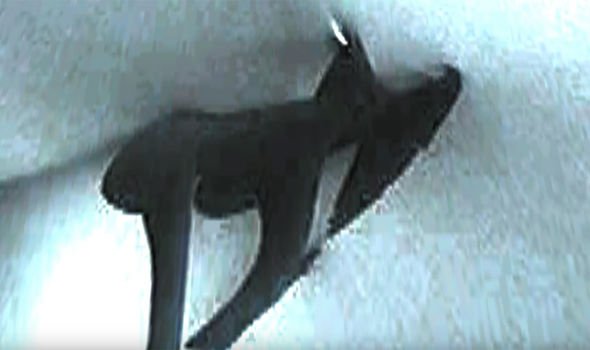 He later pointed at another strange phenomena in the near vicinity, pointing out another object that appears to be “floating” in the shadow cast by a wall of ice.

The UFO appears on Google Earth overlooking a “rocky embankment”, and “reflecting light”.

The finding immediately sparked a frenzied discussion on the YouTube post, with many speculating on the rise in mysterious sightings in Antarctica in recent months.

One user remarked: “There’s something weird going on down there. There’s a reason why the world’s Government has made Antarctica off limits and only certain people can go to certain areas for Scientific research.”

Another social media user commented: “The rest is off limits. Interesting finds on Google Earth people have found. I wouldn’t be surprised when Google updates Google Earth it will not be there.”

One viewer claimed that “a lot of strange things are going on in Antarctica”, mentioning “crashed UFOs” and “holes to middle earth”.

Others remarked that the “snow being disturbed in front of the black object” was interesting while another claimed it was a “crash landing” or “secret hangar”.