AN ASTEROID is heading towards Earth and will bring an end to life on the planet by 2029, one Christian conspiracy theorist has sensationally claimed.

One pastor and conspiracy theorist has claimed he has analysed the texts of Revelation 8 and concluded Earth will end in a fiery death when an asteroid strikes it at the end of the decade. Christian author Thomas Thorn stated one of the signs of the plagues of Exodus is “scorching and setting ablaze fields and forests”, which he has linked to the spate of wildfires and global warming.

He then took this “sign” of Exodus and cross-referenced it with the book of Revelations and any potential incoming asteroids to draw his eerie conclusion.

The passages Mr Thorn points to are Revelation 8:6-7: “Then the seven angels who had the seven trumpets prepared themselves to sound them.

“The first angel sounded, and there followed hail and fire mixed with blood, and they were thrown upon the earth. A third of the trees and all the green grass were burned up

Revelation 8:8-9: “Then the second angel sounded, and something like a great mountain, burning with fire, was thrown into the sea. 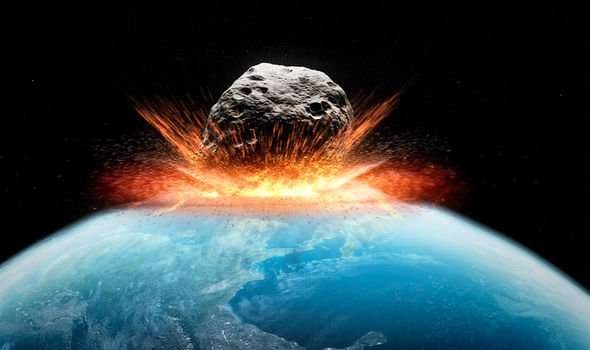 Revelation 8:10-11: “The third angel sounded, and a great star from heaven, burning like a torch, fell on a third of the rivers and on the springs of waters. The name of this star is Wormwood.

“A third of the waters became wormwood, and many men died from the waters, because they were made bitter.” 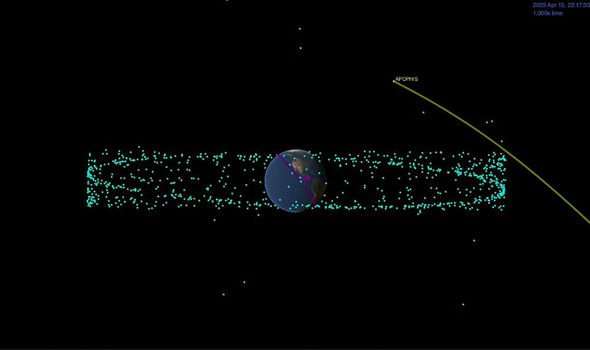 Apophis is set to pass Earth at a staggeringly close distance of 31,200 kilometres (19,400 miles) in 2029, and while NASA has ruled out the possibility of it hitting Earth, Mr Thorn believes the biblical signs all point to it crashing into our planet.

Mr Thorn wrote: “Revelation 8 and the first four trumpet judgments appear to describe the different stages of a singular event – a large asteroid impact on planet earth, which I predict is coming in 2029 in the form of the asteroid Apophis.

“Immediately following the first trumpet with what I believe to be its smaller portions of red-hot fragmented asteroid materials, a picture emerges of a large, burning mountain (exactly how ancients would convey seeing a sizeable asteroid as it passes through the atmosphere toward this planet) impacting the sea, killing a third of that ocean’s life and wiping out ships with tidal activity.

“The third trumpet details what sounds like the second gigantic asteroid fragment ‘burning like a torch’ which immediately impacts another part of Earth, causing waters normally purified for drinking to become polluted, and many people die as a result.” 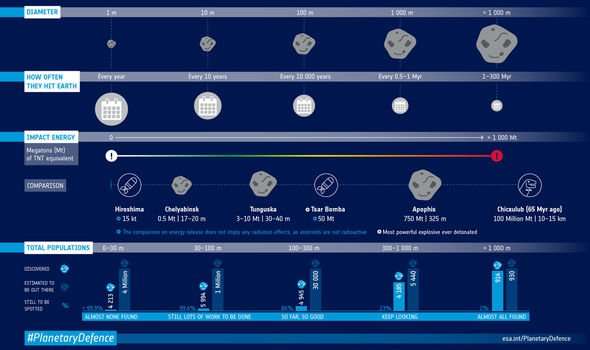 When Apophis was first discovered in 2004, NASA was concerned it would hit Earth in 2029.

The US-based space agency said there was a 2.7 percent chance of the asteroid impacting the planet.

However, by studying its orbit of the Sun, the space agency was eventually able to effectively rule this impact out.