BABA VANGA is believed by many to have predicted the 9/11 terror attack and the rise of ISIS in the Middle East. With the year 2019 almost over, what did the blind mystic predict for the future of the world? Here are the most terrifying Baba Vanga predictions for 2019.

The Bulgarian mystic, dubbed by her followers the  Balkan Nostradamus, is said to have predicted Brexit, the 2004 Thailand tsunami, the 9/11 terror attack and the sinking of the Russian submarine Kursk in the year 2000. Baba Vanga or Grandmother Vanga, was born Vangeliya Pandeva Dimitrova in 1911 in the Former Yugoslav Republic of Macedonia. The woman lost her eyesight at a young age but the event supposedly unlocked in her powers of clairvoyance and hindsight. Today, Baba Vanga’s supporters claim she has foretold the end of the world, the rise to power of Vladimir Putin and a mysterious illness which will strike down US President Donald Trump.

In their guidebook to Bulgaria, titled Bulgaria, authors Jonathan Bousfield and Dan Richardson wrote: “Twelve kilometres northers of Petrich, Rupite is famed in Bulgaria as the home village and burial place of the oracle Baba Vanga.

“Legend has it that at the age of six, she witnessed an angel who offered her the choice between sight and clairvoyance, and she chose the latter.

“Vanga’s subsequent prophecies and healing skills gained her a wide following – including Politburo members – and her vision of Varna engulfed in by water was vindicated when it was discovered that the city stood on an underground lake – from which day on, high-rise building was prohibited.

“In old age she had fewer VIP visitors but her predictions were still heeded – not least by people chewing their lottery numbers.” Donald Trump will become ill in 2019

According to one of Baba Vanga’s prophecies, the 45th President of the United States will succumb to an unknown disease at some point in the near future.

The ailment will leave President Trump with hearing loss, tinnitus and brain trauma.

Astonishingly, a number of US diplomats suffered similar symptoms when in Cuba and China earlier this year.

According to the South China Morning Post, the symptoms could have been the result of “bugging or surveillance rather than a sonic weapon attack, according to a US researcher.”

Vladimir Putin will survive an assassination attempt in 2019

Baba Vanga is said to have predicted a daring assassination attempt on the Russian President by someone from within his own circles.

Charlotte Dobre of the InformationOverload YouTube channel said: “In the coming year, she said that there will be an assassination attempt on Vladimir Putin by a member of his own security team and Europe will experience an economic collapse.”

Mr Putin, who first took office in 2000 and previously served as an intelligence officer, is no stranger to attempts on his life.

The President has admitted at least four assassination attempts have failed to take him out and he is now under the protection of an elite team of snipers. 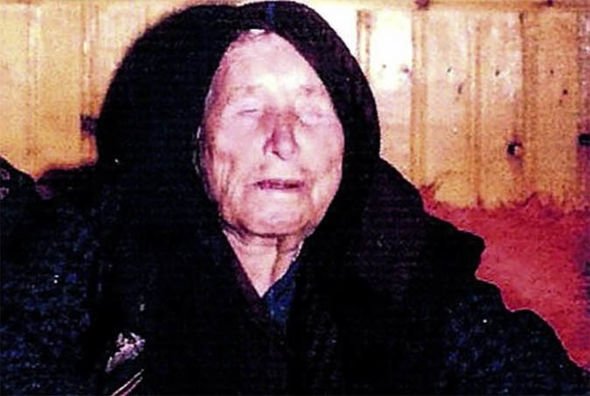 A giant tsunami will strike Asia in 2019

The Bulgarian mystic’s supporters claim she correctly foresaw the Boxing Day Tsunami of 2004, which killed more than 220,000 people in Southeast Asia.

But if Baba Vanga’s visions are correct, there could be a much bigger tsunami which will hit parts of Pakistan, Japan, China, Indonesia and even Alaska in 2019.

Nearly 400 people in Indonesia already died in September this year when a 7.5 magnitude earthquake triggered a tsunami next to the island.

The devastating tsunami wave struck the city of Palu on Indonesia’s Sulawesi Island.

One of Baba Vanga’s most dire predictions is the precise date on which the world will cease to exist.

Fortunately, this will not happen until the 51st century and the year 5079.

On this fateful day, more than 3,000 years from now, the world as we know it will supposedly come to an end.

However, the mystic who died aged 86 in 1996 did not specify how this would happen. 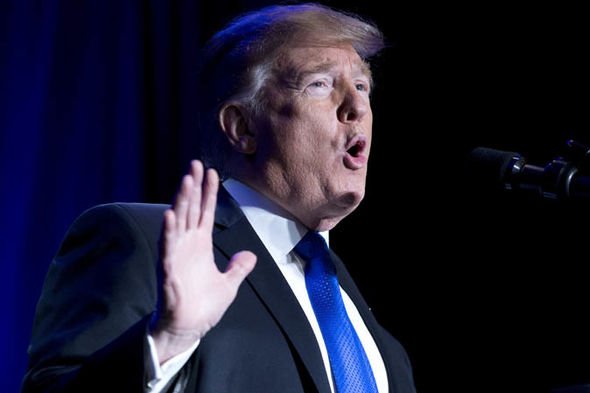 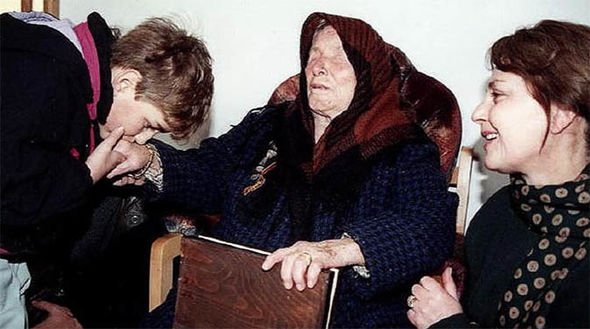 Will any of Baba Vanga’s predictions come true?

Baba Vanga is said to have been correct about 85 percent of the time but critics are not convinced by her supposed mystic powers.

Even fellow psychics question whether the Bulgarian seer was indeed the real deal.

According to Craig Hamilton-Parker, a British psychic who runs Psychics.co.uk, it is hard to judge whether her predictions are real or not.

Mr Hamilton-Parker told Express.co.uk: “Baba Vanga has made some fascinating predictions but I worry whether all of them are legitimate.

“To this day, she has a following of devotees in her home country of Bulgaria. Some of these devotees have contacted me when they saw a video I made about her predictions on YouTube.

“Her close devotees say that they have kept her last predictions secret and were not to be revealed to the world yet.

“I was told that the vast majority of the predictions we see on the Internet are fake. For example, there was supposed to be a nuclear war in 2010 which never happened.”

Mr Hamilton-Parker said there are very few written records of her actual prophecies and many of the ones shared online have been falsified for profit.

The psychic even suggested Baba Vanga’s prophecies are being deliberately misused through a Russian misinformation campaign.

He said: “ I believe that she is being used today as a source of destabilising propaganda by the Russians.

“In the second World War the British published fake prophecies by Nostradamus to demoralise the enemy. I feel the Russians use Baba Vanga’s alleged predictions to sow fear and instability in Europe.

“I’m sure this seer got a great deal right but it’s now almost impossible to know what is real and what is not. Perhaps one day her purist devotees will let us know.”

Book of Revelation: Did the Bible warn of coronavirus? Prophecy of...

Area 51: UFO wreckage ‘could be hidden all over the world’...