THE Bermuda Triangle mystery may have been solved after a “startling discovery” revealed a 30-foot creature lurking in the sea – and experts have argued that it could “explain some of the ships that were mysteriously lost,” a documentary revealed.

The Bermuda Triangle, also known as the Devil’s Triangle, is a loosely defined region in the North Atlantic Ocean, where a number of aircraft and ships have disappeared. The vicinity of this so-called triangle is among the most heavily travelled shipping lanes in the world, with vessels frequently crossing through it for ports in the Americas, Europe and the Caribbean islands. Popular culture has attributed various disappearances to pirating, the paranormal, or even a giant octopus – whose legend has been passed on by sailors for hundreds of years.

However, it may not have been too far wrong.

Their findings were revealed during Amazon Prime’s “Inside The Bermuda Triangle” two years later.

The narrator said: “In October 2005, Japanese scientists made a startling discovery off the coast of Tokyo, near the Bonin Islands. 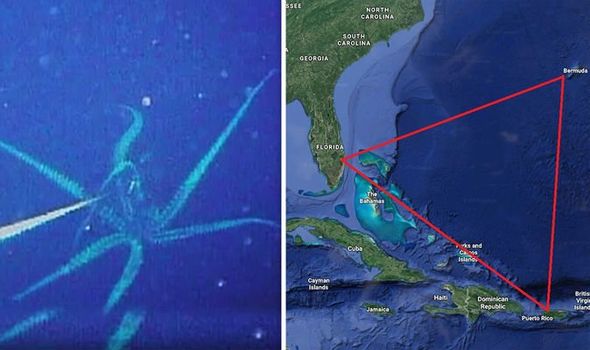 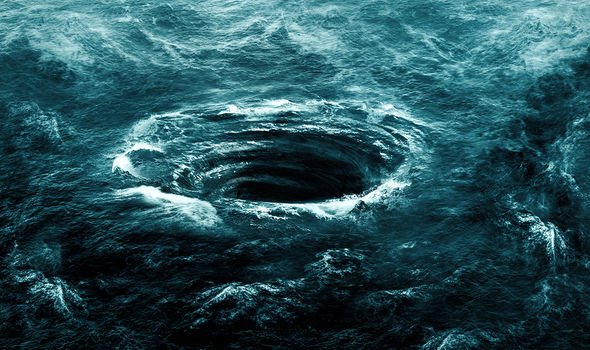 Japanese scientists made a startling discovery

Inside The Bermuda Triangle

“A giant squid close to 30 feet in length.

“Researchers from Japan’s National Science Museum identified the creature as an Architeuthis – a rare species that seizes upon bait with extreme force and violence.”

Bermuda researcher Rob Simone believes the discovery proves something similar could be hiding in Bermuda waters.

“We don’t know what lies beneath the depths of the ocean, this could very well be a giant creature that is particular to this part of the ocean. 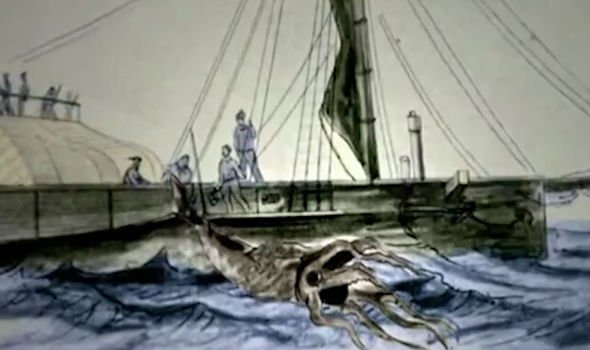 “Maybe its food sources is contained there, we don’t know, but it could explain some of the ships that were mysteriously lost.”

Dr Jeff Marliave, an octopus expert from Vancouver Aquarium explained why it was improbable for an octopus to inhabit such waters.

However, he did not rule out the possibility of a giant squid, adding: “Giant octopus only occur in the Northeast Pacific Ocean, the kind of octopus that might occur in the region of the Bermuda Triangle would be a very small species and it would most likely be associated with rocky drop-offs from the island.

“Not with the centre area of the Bermuda Triangle, which is basically sand bottom. 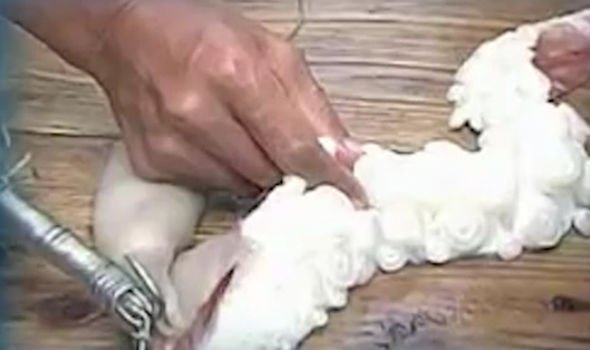 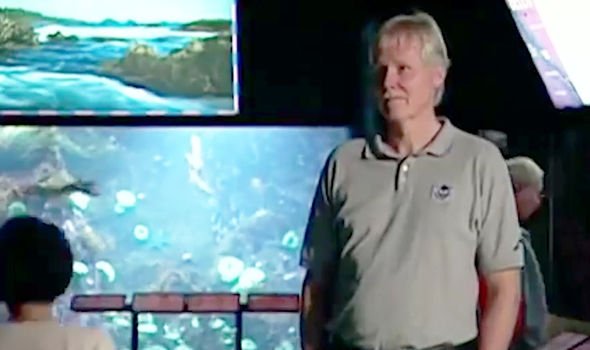 “Now when people talk about giant octopus attacking boats, it likely stems from these very old stories from the days of whaling and sailing ship exploration, when there were engravings showing some kind of tentacled animal attacking small rowboats.

“Most likely this was not an octopus, the only species that could conceivably attack a small boat would be an octopus relative, the giant squid.”

Columbus described the light in his log as “a small wax candle that rose and lifted up, which for a few seconds seemed to be an indication of land”.

Author Gian Quasar explored the description during the series.

He said in 2007: “The triangle’s got a superstition of seafarers, and the enigma can be found as far back as Columbus’ log.

“He was the first to sail the area and he noted that, on three occasions, the compass pointed in the wrong direction, 11 and a quarter degrees off from the evening reading from the morning reading, which was unexplainable.

“He also noted that the sea rose without any wind whatsoever which shocked them all and then on the eve of discovering the new world an unexplained light levitated on the horizon and then rose up.”

However, historian Larry Kusche claims to have cracked the phenomenon.

He said: “When they were crossing the ocean they were legitimately afraid of what they were getting into because everybody thought the world was flat and they were going to drop off at the edge.

“One of the stories is that Columbus saw a strange light at night, my research on that was Columbus did make a note in his log about a bright light overhead and all historians have assumed that it was a meteorite.

“Another part of the story about Columbus is that the compass was acting strange.

“This was due to the heavy storm they were travelling through.”