A BIBLICAL investigator believed he may have uncovered “the man who inspired Jesus” thanks to the discovery of a 2,000-year-old tablet referring to a “three-day resurrection” dating before the death of Jesus Christ.

The central figure to Christianity is believed to be the incarnation of God and the awaited Messiah prophesied in the Old Testament of the Bible. According to the Church, Jesus was born in 4AD and was crucified under the order of Pontius Pilate, the Roman prefect, sometime between 30AD and 33AD, before rising again through resurrection three days later, but a discovery made in 2000 may suggest there was inspiration behind this Bible story. The Gabriel Stone, found near the Dead Sea, was a tablet with 87 lines of Hebrew text and contained several prophecies written in first-person, including an apparent resurrection.

It dates back as far as the first century BC and biblical investigator Simcha Jacobovici travelled to its origin to find out more during Amazon Prime’s “Decoding the Ancients” series.

He said in 2004: “By tracing the stone to Perea, the investigation seems to have linked the dying and resurrecting Messiah with Simon of Perea – the man who may have inspired Jesus.

“Only a few kilometres from where archaeologist Konstantinos Politis has found similar stones is the exact area where Simon began his revolution. 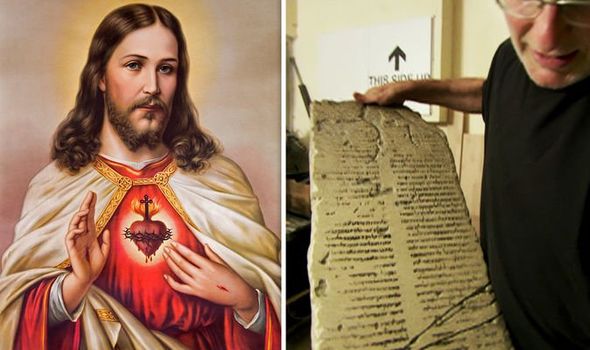 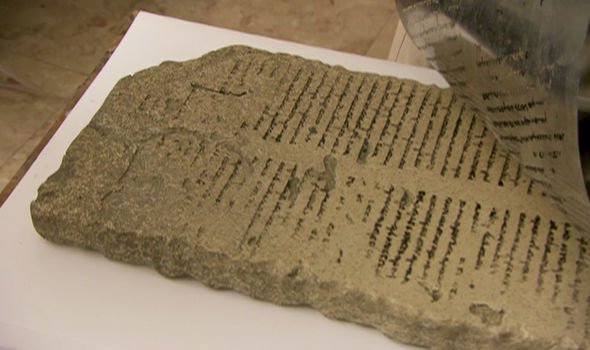 “You read in Josephus that Simon of Perea led a revolt, that it was crushed – that’s one thing.

“But, when you actually see the mills, houses, you connect with the everyday life of human existence.”

Simon of Perea was a former slave of Herod the Great who rebelled and was killed by the Romans between 4BC and 14AD.

Dr Politis explained why his story may have been documented on the Gabriel stone.

He said: “We’re in an area called Perea, which means in Greek ‘beyond,’ so beyond the Jordan River. 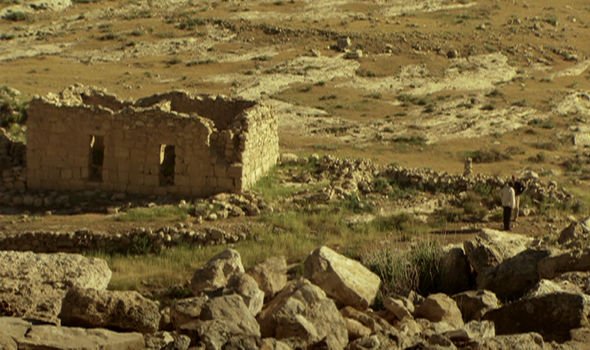 “This is the land that he was in, and behind us we have this town of Machaerus, which is where he was living.

“A Roman-Byzantine early Christian town, very similar to some of the buildings that have been built here, same stones that have been reused here, the same type of architect, more or less.

“It’s a natural strategic point, it is defended naturally and has a good viewpoint right across the Dead Sea to Judea.”

The narrator then came to a conclusion on what the discovery may mean.

He stated: “The evidence is mounting that Simon of Perea is the Messiah memorialised on the stone and the man who may have inspired Jesus.” 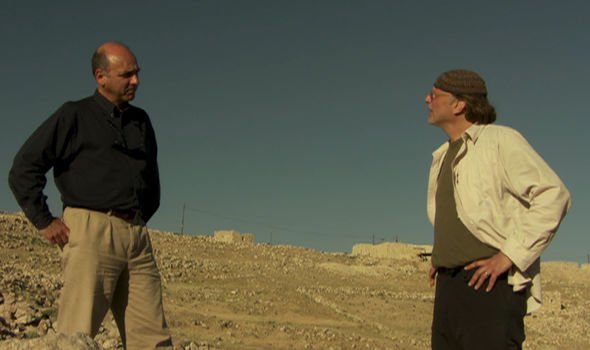 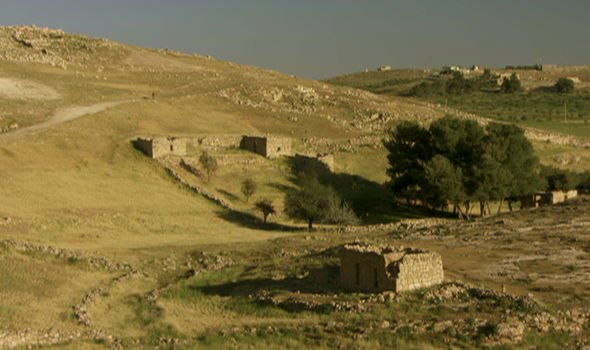 Biblical scholar Israel Knohi believed that the finding “calls for a complete reassessment of all previous scholarship on the subject of messianism, Jewish and Christian alike”.

Mr Knohi translated line 80 of the inscription as “in three days, live, I Gabriel command you,” an instruction to Simon of Perea to resurrect in three days, just as Jesus supposedly did.

The reference to Gabriel is of obvious interest to biblical scholars as he is the angel mentioned in both the Hebrew Bible and the Christian Bible.

Most scholars have tentatively accepted it to be authentic and, in 2008, biblical expert Ada Yardeni was reported to have agreed with Mr Knohl’s reading.

However, other scholars reconstructed the faint writing on the stone as a different word entirely, rejecting Mr Knohl’s reading.

In 2011, Mr Knohl accepted that “sign” is a more probable reading than “live”, although he maintains that “live” is a possible reading.

However, the meaning of the phrase in the currently accepted reading is still unclear.

Mr Knohl still maintains the historical background of the inscription to be as mentioned above.

He now views Simon’s death, according to the inscription, as “an essential part of the redemptive process”.

Pregnant mum haunted by argument with partner hours before he died...