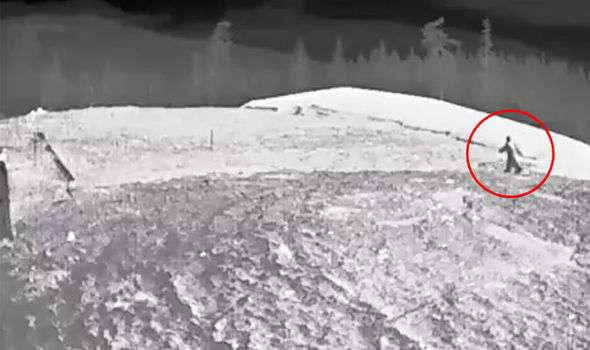 A BIZARRE Bigfoot sighting has sparked a frenzy online, after US officials appeared to capture a video of a mysterious creature walking along a snowy field.

Sightings of Bigfoot have surged in recent days, after traffic cameras in Washington state appear to capture a mysterious creature. Footage from the Washington State Department of Transportation revealed an ape-like human walking on its foot across a snowy field. The video, which was posted on Twitter, sent the Internet into a meltdown, as conspiracy theorists wondered whether the search for Bigfoot was coming to a close.

Earlier this week, the Transportation Department also captured photos of the creature close to a mountain pass on one of its road webcams.

The previous post detailing the photos read: “If you look closely by the tree on the left there looks to be something… might be Sasquatch. We will leave that up to you!”

When the transportation department’s Twitter account tweeted the latest video, they added: “I think Bigfoot is making the rounds across our mountain passes.

“WSDOT showed him on Sherman Pass. Now he is on the I-90 wildlife overcrossing, Snoqualmie Pass.” 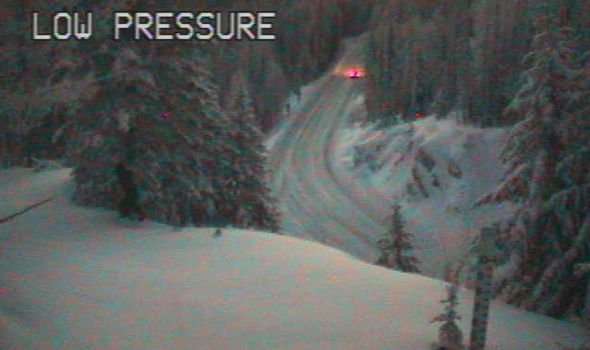 The officials are even advising drivers to keep watch for Bigfoot.

One recent tweet read: “Even once the sun comes up, keep the headlights on for visibility, watch for Bigfoot along with areas of standing water.”

Ryan Overton, a spokesperson for the eastern region of the state, said there have been strange sightings for years at the Sherman Pass webcam location.

The mythical creature is widely associated with the mountains of the Pacific Northwest.

Back in 1970, Washington Govenor Dan Evans even proclaimed “the Great Sasquatch” to be the official state monster. 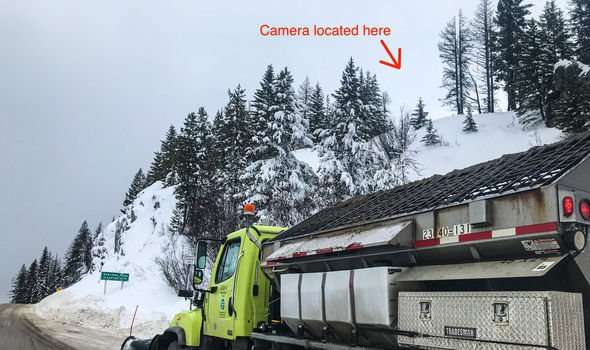 Mr Overton said: “In fact roughly 15 years different things have popped up in front of the camera.

“Now it is Sasquatch. I had seen something there before but this was the most clear picture I have been able to capture from the webcam.”

The Department of State’s regional Twiter accounts joined in on the speculation, with one citing the X-Files when they tweeted: “I want to believe.”

However, sleuths online were not impressed by the footage and photos.

One critic claimed that the photo of the alleged Bigfoot was simply a “tree trunk shadow”.

They added: “Zoom in.  I want to believe but I don’t believe this picture. Or that he stood still in multiple photos… unless he is frozen of course.”

Others criticised the video, claiming that it was “amazing how it turns and seems to look toward the camera”.

Another responded: “Typical bigfoot, always looking back over their shoulder as though they have a secret, and know exactly where the camera is. Bigfoot must also model part time.”

A third user wrote: “It’s a dude. If Bigfoot was real, it’s a wild creature. Wild creatures don’t look behind them for mere micro seconds if they hear a noise.

“They look over, observe in that direction for a few seconds, only humans gloss over a noise that startles them enough to look back.”