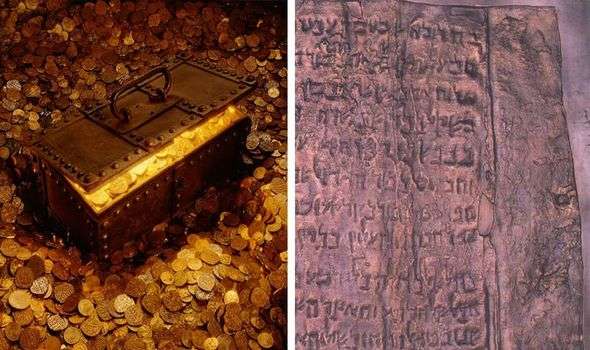 A MYSTERIOUS copper scroll unearthed in 1952 could lead archaeologists to the greatest discovery yet to be made in the Holy Land – a treasure trove of gold and silver potentially worth trillions of dollars.

The Copper Scroll is one of the famous Dead Seas Scrolls, discovered in the spring of 1952 on the northwestern shore of the Dead Sea. However, unlike the Dead Sea Scrolls, which were discovered in 1946, the Copper Scroll is not made of parchment and instead features detailed inscriptions etched into a copper plate. The scroll is believed by many to lead towards a great treasure of gold and silver, buried all across Jerusalem before the sacking of the Second Temple in 70 AD.

According to Bible expert Professor Tom Meyer, a college lecturer and expert in Middle-Eastern languages, the treasure is still waiting to be discovered.

He told Express.co.uk: “In the spring of 1952, an amazing discovery was made in Qumran cave three, the same location where the Dead Sea Scrolls were discovered in 1946: a single Copper Scroll made from a sheet of pure copper engraved with an iron stylus.

“The Copper Scroll details in cryptic language the final resting place of the greatest archaeological treasure yet to be discovered.”

According to the scroll’s inscriptions, the treasure trove contains some 1,280 talents of gold coins and more than 65 bars of solid gold. 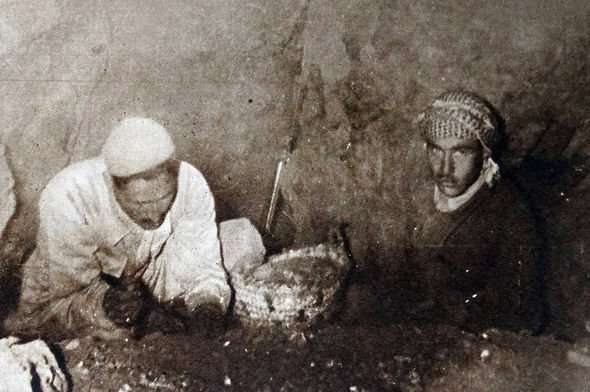 Professor Meyer, who has memorised more than 20 books from the Bible, said: “Just the gold coins, whose measure is given in talents – an ancient measure equivalent to 90 pounds, making this cache 116,480 pounds of gold – would be worth over $3trillion.”

The exact weight of talent varies between descriptions, with some historians estimating a talent weighed between 55lbs and 60lbs.

If this is the case, the treasure would still weigh more than 76lbs.

Regardless of its exact contents, Professor Meyer believes this to be a treasure of truly biblical proportions.

He said: “When the Copper Scroll was first found, there were numerous unsuccessful attempts to open the oxidized scroll.

“Then finally in 1956, the eight-inch-long by 11-inch-high scroll was sawn into segments at Manchester University in England in order to open it.

“It was discovered that the scroll is written in Mishnaic or postbiblical Hebrew.”

The Copper Scroll is now on display at the Jordan Museum in Amman, Jordan.

The relic lists about 60 different locations where Jewish authorities hid the treasure to keep it away from the Romans.

Professor Meyer said: “According to the scroll, the treasures are buried around Jerusalem and in the caves around the Dead Sea and Jericho.

“In order to make them difficult to locate, the map gives in pseudonyms the place names where the treasures are buried.

“It also gives a description of the area’s topography, how far below the surface the treasure is buried and the kind and amount of treasure buried in the spot.” 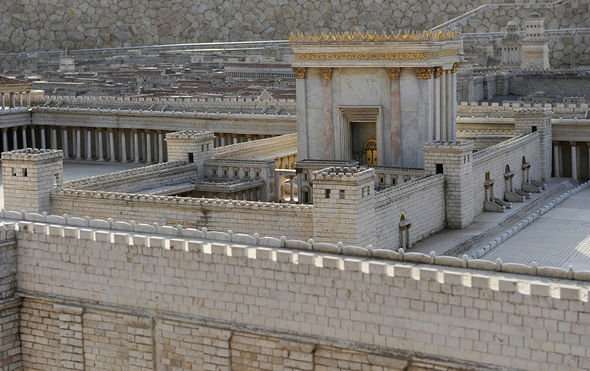 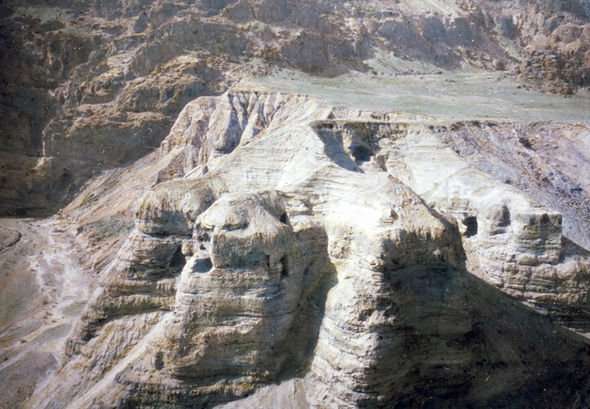 An example from the scroll mentions 600 bars of silver in a cistern “below the rampart, on the east side” in a place hollowed out of rock.

Professor Meyer said: “The map existed in part with the hope for a team of diggers to recover the Temple treasure and its sacred vessels for Temple use after the Jews successfully repelled the invasion of Rome.

“But of course, Rome overcame the Jews in 70 AD and the treasure remains buried under the sands of time waiting for a new team of treasure hunters to make the greatest archaeological discovery in history.”

However, not all historians agree the Copper Scroll references treasures from the sacked Second Temple.

According to historian Theodor Gaster, other theories suggest the treasures belonged to the Qumran community, a Jewish monastic group that lived on the shores of the Dead Sea.

Another theory posits the Copper Scroll points to the location of treasures from the First Temple of Jerusalem, destroyed in 586 BCE by invading Babylonians.

Some experts also speculate the Second Temple’s treasures were destroyed centuries ago and have been lost in the annals of time.

Amos Kloner, an archaeology professor at Bar-Ilan University in Israel, told the Jerusalem Post: “I’m sure the temple treasures were destroyed.”