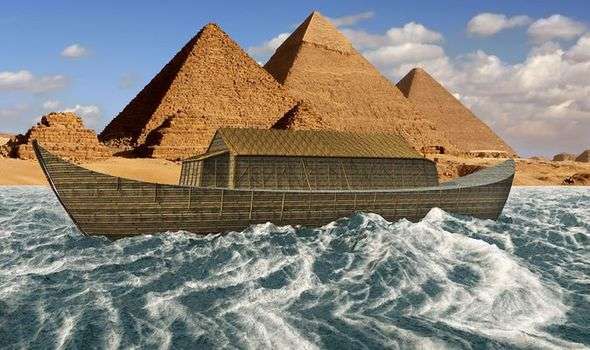 EGYPT’S Great Pyramid of Giza may have been the metaphorical object used to shield civilisation from the Great Flood narrative told in the story of Noah’s Ark, a historian has suggested.

In the Bible, Noah’s Ark is the vessel used in the Genesis flood story through which God spares Noah, his family and a selection of all the world’s animals from a world-ending disaster. Until modern times, most Christians assumed the story referred to an actual worldwide event that happened in the relatively recent past, but modern science has suggested there has never been a global flood of this kind. Instead, historian Matthew Sibson has put forward a theory that the story actually retold a great flood in the Middle East, where Egypt’s high-rankers used the Great Pyramid of Giza to shield from disaster.

Mr Sibson’s theory is based on a bombshell discovery in 2016, he revealed on his YouTube Channel “Ancient Architects”.

He said last week: “The Dead Sea Scrolls were discovered by Bedouin shepherds more than 50 years ago in the Qumran Caves in the Judean Desert of the West Bank near the Dead Sea.

“The find contained around 800 manuscripts, thought to be around 2,000 years old and contain a range of biblical and non-biblical stories, offering experts a glimpse into the past.

“Some have called it the greatest archaeological discovery of the 20th century, but scientists working at the Leon Levy Dead Sea Scrolls Digital Library Project scanned tens of thousands of fragments of the scrolls with a custom-made camera, that used different wavelengths of light at 28 times higher resolution than standard scans. 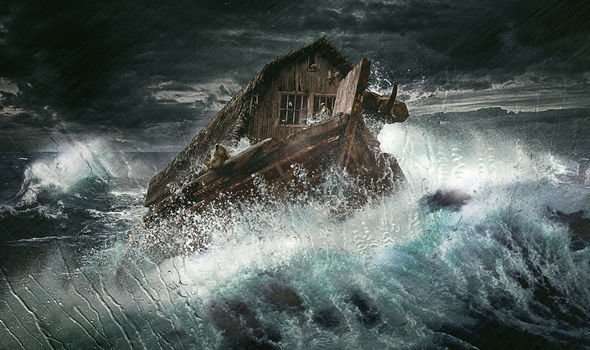 “Before then, regarding the story of Noah’s Ark, scholars had been unable to read a particular word following the Hebrew phrase ‘the ark’s tallness,’ but the new scans revealed the word ‘ne’esefat.’

“The translation of this word from Hebrew to English means gathered, which Dr Alexey Yuditsky from the Hebrew University of Jerusalem says means that the ark’s ribs were gathered at the top to form a shape of a pyramid.”

But, there is more evidence of the Ark being described as a pyramid, Mr Sibson revealed.

He added: “According to Dr Yuditsky, the Septuagint – a Greek translation of the Old Testament, which dates to the third century BC, also describes the ark as pyramid-shaped, using a Greek verb that also has a similar meaning to ‘gathered’. 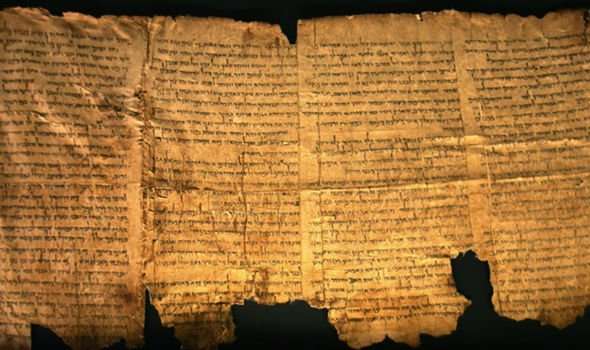 “A number of medieval authors such as Maimonides also suggested that Noah’s Ark was somewhat pyramid-shaped.

“Many believe that Noah’s Ark is just a myth and some believe it describes a global flood, but it could be the retelling of a story that centres around flooding in the Middle East.

“The idea of a pyramid-shaped ark, of course, makes us think of ancient Egypt and we know that Egypt features heavily in the Old Testament.”

Mr Sibson said that it is unlikely that there was actually a pyramid-like vessel, but instead, the story is a metaphor for how the Egyptians survived the flood.

He also pointed out some more evidence of this theory. 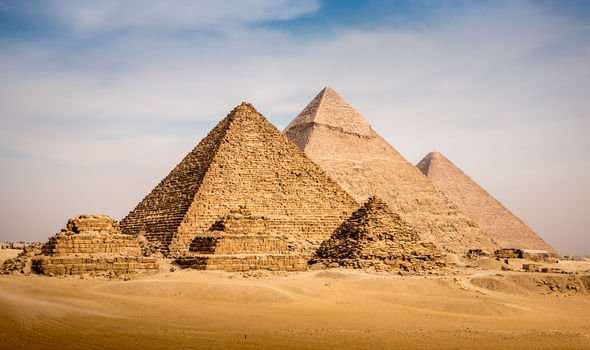 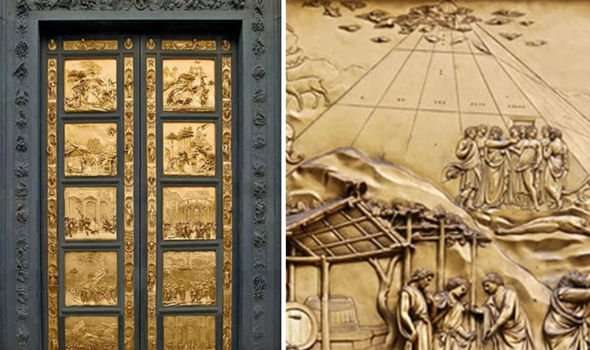 He added: “So was Noah’s Ark actually an Egyptian pyramid? Reading the specific words of the Old Testament it would not appear so and, of course, the Egyptian pyramids were not made of wood.

“But, if the story is a retelling of a great flood in Egypt, then maybe there is some truth to the idea which has been lost in translation.

“There is more evidence, the elaborate bronze doors of the Baptistery in Florence, created by Lorenzo Ghiberti, who died in the 15th century.

“The doors were completed in the early 1400s and show scenes from the Old Testament.

“One illustrates the period just after the Biblical Great Flood when Noah returns to dry land, Ghiberti depicts the ark as a pyramid. 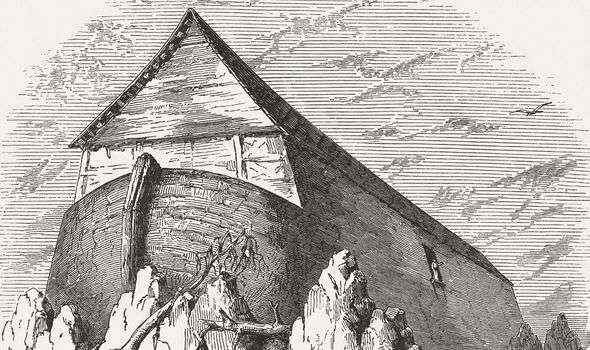 “Interestingly, Ghiberti depicts the ark as a pyramid.”

Mr Sibson finalised his theory with one more point.

He said: “Some scholars say that the Great Pyramid of Egypt was built to reflect the primeval mound that, according to Ancient Egyptian tradition, emerged from the expanse of primordial waters.

“This story is not thought to be literal, but could the Great Pyramid have actually been a structure to survive a flood?

“Maybe the Egyptian elites built their own primeval mount to escape an impending flood.”