THE end of the world is near after a 900-year-old prophecy was “fulfilled”, allowing for the “coming of the Antichrist,” according to the claims of Biblical authors.

Saint Malachy was the Archbishop of Armagh, to whom several miracles were attributed to in the 12th-century. In 1139, Malachy went to Rome from Ireland to give an account of his affairs, when he reportedly received a strange vision about the future, including the names of 112 future popes. His prediction for the 112th and current pope – Francis – is rather shocking, it reads: “In the final persecution of the Holy Roman Church there will reign Peter the Roman, who will feed his flock amid many tribulations, after which the seven-hilled city will be destroyed and the dreadful Judge will judge the people. The End.”

Biblical author Tom Horn is convinced this is no coincidence.

He said in 2018: “There’s been the thought for some time that some type of either prophetic or energy has been focusing cultures around the world for hundreds of years and in some cases, for thousands of years. 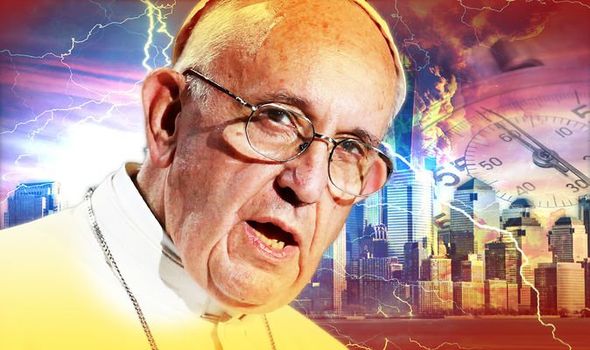 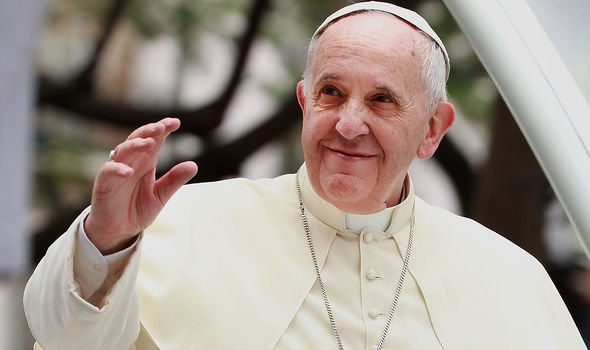 “At the same time, we have the arrival of the final pope.

“During our investigation into the prophecy of the popes, my co-author uncovered a book that had been written 61 years ago, in 1951.

“It was written by a catholic academic who believed in the prophecy of the pope and he did all sorts of mystical calculations.”

Chris Putnam, who investigated the book, explained what he found.

He added: “He [the author] ended up doing all these mathematical equations and he kept ending in the year 2012, so one of the simple ways that he calculated that is he just determined the average pope reign to be 11 years.

JUST IN: Why Pope Francis ‘could mark doomsday after prophesied sign from above’ 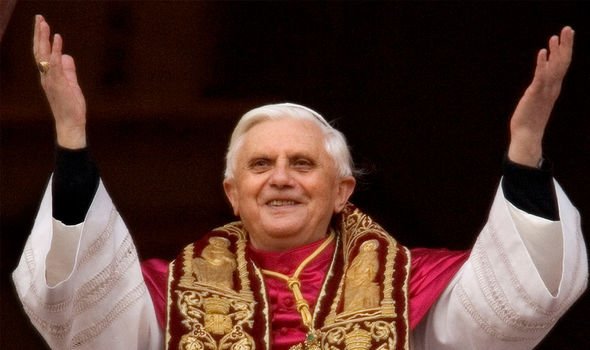 “He thought the authentic portion of the text began in 1572 and from that point forward there were 40 popes left on the list.

“He did this from five or six different angles and came up with the same date – April 2012.

“So he’s saying the final pope – Petrus Romanus –  arrives in April 2012 – if this book had been recent I would have thought this guy is just making up a load of nonsense, but it was copyright 1951.”

Mr Horn went on to add to the evidence, pointing out Christianity is not the only religion or culture to see 2012 as symbolic. 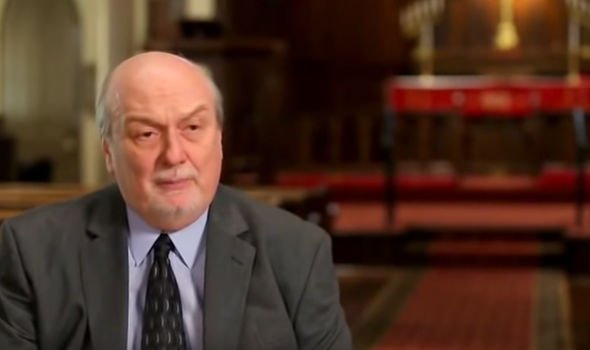 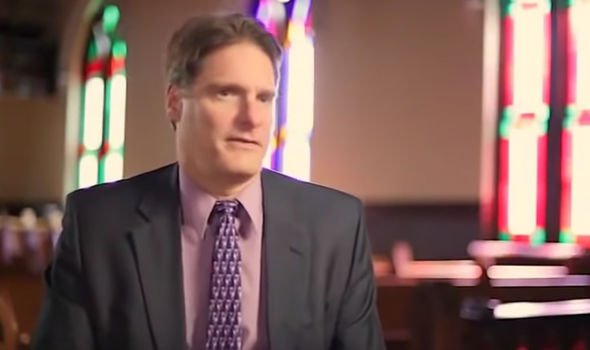 “What they predicted was that the end of 2012 would be the end of what we would call a dispensation and the dawn of a new age.

“They weren’t alone, the Aztecs said the same thing, the Cherokee Indian tribe 200 years ago and what is called the Chickamauga predicted their calendar would end in 2012.”

Mr Horn even suggested the appointment of Francis may have marked the coming of the Antichrist.

He added: “The Zohar, the most important work of Jewish Kabbalah, was written 700 years ago and in a subsection called ‘the coming of the Messiah’ and 700 years ago, these Jewish priests predicted when the Messiah would return.

“Now, because Orthodox Jews did not accept Jesus as their Messiah, we [Christians] would accept this prediction of the coming of the Antichrist.

“And you can see this mysticism combining 2012 with 2013 and forecasting the coming of the Antichrist in Jewish prophecy and the final pope in Catholic prophecies at the same period of time.” 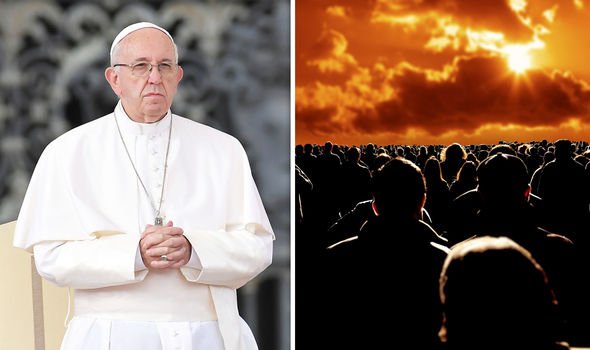 There have also been questions over the authenticity of Malachy’s predictions, though.