THE Norwegian government funded a secret “doomsday vault” proposed by a US scientist, which would serve as a “modern-day Noah’s Ark” in the event of the end of the world, it has been revealed.

The Svalbard Global Seed Vault is a secure seed bank on the Norwegian island of Spitsbergen, near Longyearbyen, approximately 810 miles from the North Pole. It is the brainchild of American conservationist Cary Fowler, in association with the Consultative Group on International Agricultural Research (CGIAR) to preserve a wide variety of plant seeds that are duplicate samples, or «spare» copies, of seeds held in gene banks worldwide. The seed vault is an attempt to ensure against the loss of seeds in other gene banks during the large-scale regional or global crisis and the Norwegian government entirely funded the vault’s approximately 45million KR (£3.7million) construction.

Australia’s 60 Minute sent Charles Wooley to the remote mountains of the Arctic Circle to produce a documentary earlier this month.

He told viewers: “In the frozen Arctic wilderness of the Norwegian island of Svalbard, not far from the North Pole, there’s a presence looking as alien as a pyramid on the Moon.

“It towers 10 metres out of the ground and slopes backwards like a fallen obelisk.

“American doctor Cary Fowler is walking me up to the so-called doomsday vault, inspired by his vision and funded by the Norwegian government, what an extraordinary place. 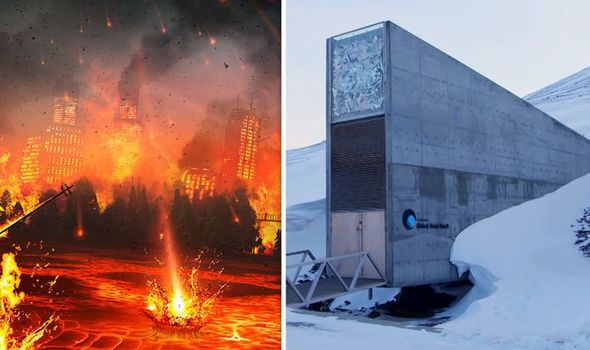 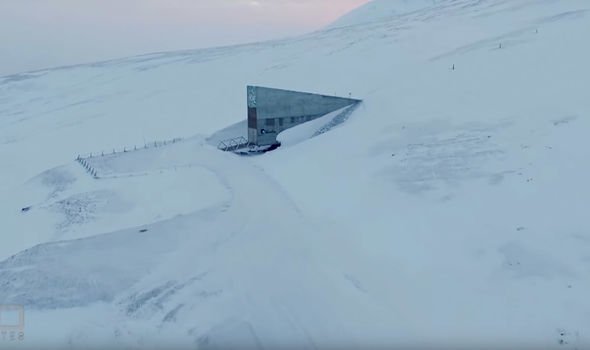 It’s an ark, a seed ark, and you’re Noah

“Deposited inside are the frozen seeds of 90 percent of the world’s crops, a modern Noah’s Ark, a potential insurance policy against the potential calamities of war, terrorism, fire or flood.”

Dr Fowler took cameras into the vault, passing through several levels of security, before detailing his inspiration behind the project.

He added: “It contains a lot of history, biological history, about 130 metres below the surface, but it was not a voice from the skies that influenced me, just a long-term frustration with seeing a lot of crop diversity become extinct.

“I was really aware of this loss, a permanent loss, and I became aware of the importance for crop diversity in agriculture and food security.

“I remember there was a scientist called Jack Harlan, who said that these seed collections in the gene banks stand between us and catastrophic starvation on a scale we can’t imagine. 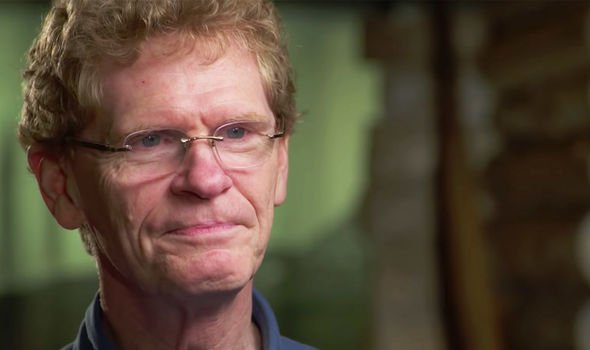 “After 9/11 you cold say what county and what building is safe in the world? So we thought there really has to be another location that’s far away, that’s remote and safe, where we can store back-up.”

Dr Fowler was asked about the growing fears of worldwide devastation as early as 2020, and the impact they could have on the planet’s survival.

One fear is how the world would survive the Sun being blocked – also known as a nuclear winter – following a huge volcanic eruption or an asteroid strike.

He continued: “We will not survive a nuclear winter without these seeds. 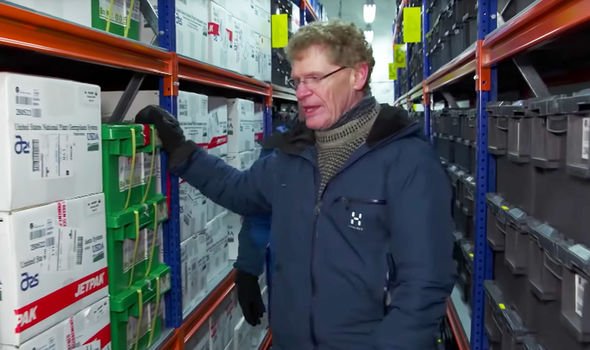 “There was the Mayan end of the world and somehow we were connected with that, but that was 2012 and somehow that passed by.

“So here we have the United States collection, here is South Korea, here is Colombia, Taiwan, all told, there are probably 500 million seeds.”

Mr Wooley rounded off the chat, stating: “So it’s an ark, a seed ark, and you’re Noah.”

The seed bank is deep inside a sandstone mountain on Spitsbergen Island and employs robust security systems.

The facility is managed by the Nordic Genetic Resource Centre, though there are no permanent staff on-site.

Spitsbergen was considered ideal because it lacked tectonic activity and had permafrost, which aids preservation and being 130 metres above sea level would keep the site dry even if the ice caps melt.

A feasibility study prior to construction determined that the vault could preserve most major food crops’ seeds for hundreds of years, but some, including those of important grains, could potentially remain viable for thousands of years.

Trump says ‘NASA was Closed & Dead’ before he took charge....