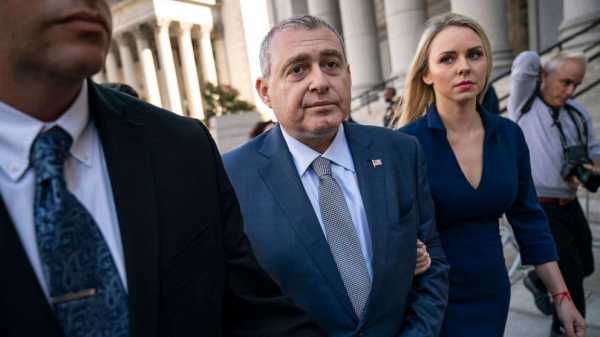 The House Intelligence Committee is in possession of audio and video recordings and photographs provided to the committee by Lev Parnas, an associate of President Donald Trump’s personal attorney, Rudy Giuliani, who reportedly played a key role in assisting him in his efforts to investigate former Vice President Joe Biden and Ukraine, multiple sources familiar with the matter tell ABC News.

The material submitted to the committee includes audio, video and photos that include Giuliani and Trump. It was unclear what the content depicts and the committees only began accessing the material last week.

“We have subpoenaed Mr. Parnas and Mr. [Igor] Fruman for their records. We would like them to fully comply with those subpoenas,” House Intelligence Committee Chairman Adam Schiff told CNN Sunday, with a committee spokesperson adding they would not elaborate beyond the chairman’s comments.

An attorney for Parnas, Joseph A. Bondy, also declined to comment, directing ABC News to a statement released earlier in the day Sunday reading in part, “Mr. Parnas has vociferously and publicly asserted his wish to comply with his previously issued subpoena and to provide the House Intelligence Committee with truthful and important information that is in furtherance of justice, not to obstruct it.”

The statement goes on to say, “His evidence and potential testimony is non-partisan, and not intended to be part of a battle between the left and the right, but rather an aid in the determination by our government of what is in the best interests of our nation.” 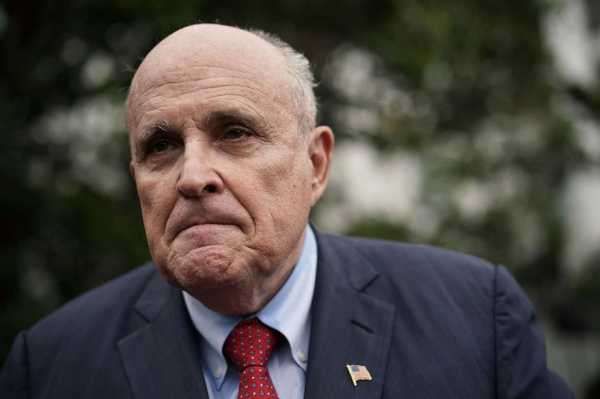 Rudy Giuliani, former New York City mayor and current lawyer for President Donald Trump, speaks to members of the media during a White House event at the South Lawn of the White House in Washington, D.C., May 30, 2018.

Sources tell ABC News the tapes were provided as part of that congressional subpoena issued to Parnas, and the former Giuliani ally also provided a number of documents both in English and Ukrainian to the committee in two separate productions, sources told ABC News.

However, some of the material sought by congressional investigators is already in possession of federal investigators within the Southern District of New York and thus held up from being turned over, according to sources familiar with the matter.

Parnas’ associate, Fruman, has not cooperated with the committee.

Parnas, a Ukraine-born, American businessman, was subpoenaed last month by House committees at the same time as Fruman. The two men had previously announced through their attorney at the time that they would not be complying with the subpoena. 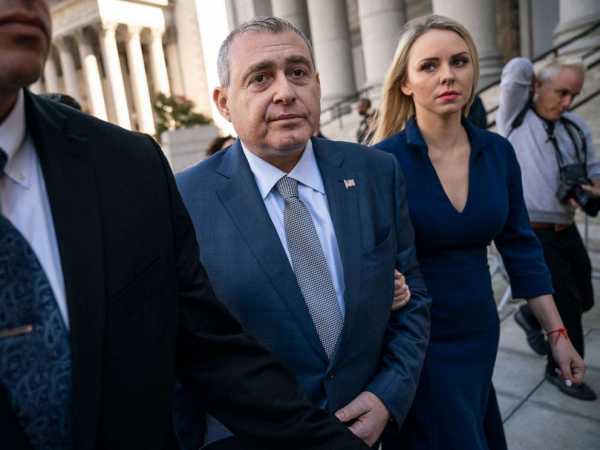 Separate from the House impeachment probe, Parnas and Fruman were arrested earlier this fall at the Dulles International Airport just outside of Washington, with one-way international tickets, and charged in a criminal campaign finance case in the Southern District of New York. Accused of allegedly circumventing campaign finance laws against straw donations and foreign contributions, Parnas and Fruman pleaded not guilty.

According to the indictment, Parnas sought then-Ukraine Ambassador Marie Yovanovitch’s ouster earlier this year along with his efforts to get Ukrainian officials to investigate the president’s political rival, matters that have repeatedly emerged in the House impeachment inquiry.

Giuliani’s relationship with Parnas and Fruman is the subject of a criminal investigation in the Southern District of New York, according to sources. That case will have its next court date early next month.

Life after death: Man’s shocking account of the afterlife – ‘I...