HUNDREDS of mysterious ‘which marks’ have been located inside a spooky cave in the UK.

Researchers at Sheffield Hallam University have uncovered the scratchings believed to scare-away evil spirits, inside a cavern at Creswell Crags Museum and Heritage Centre. The team using advanced technology and 3D have for the first time been able to give detailed images of the markings – thought to be the largest number recorded in the UK. According to Historic England the ‘witch marks’ or apotropaic marks, formed part of a ritual dating back as far as the early medieval period.

The non-departmental body sponsored by the Department for Culture, Media and Sport, say they have been found in many historic places, from medieval churches and houses, to barns, and caves.

The word ‘apotropaic’ comes from the Greek word for averting evil.

The marks were usually scribed onto stone or woodwork near a building’s entrance points, particularly doorways, windows and fireplaces, to protect inhabitants and visitors from witches and evil spirits. 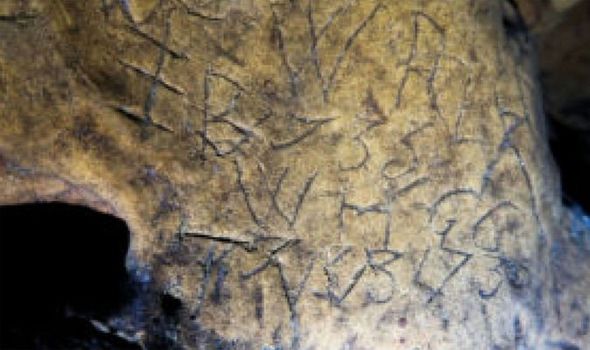 The most common type of apotropaic mark is the daisy wheel, or hexafoil, which is often a six-petal flower drawn with a pair of compasses.

Jeremy Lee, principal lecturer in the University’s Department of Media Arts and Communications, said: “I work with new and emerging digital technologies to enable new ways of seeing, creating and experiencing art works. 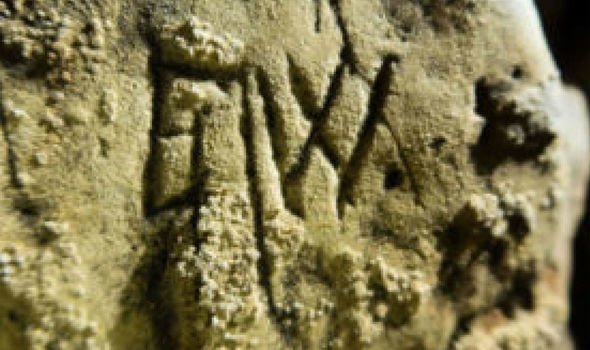 “The witch mark cave has given me an excellent opportunity to utilise these technologies to create this interactive 3D copy of the cave.

“This will render the caves accessible to a broad and distanced audience, whilst enabling a detailed viewing and analysis of the marks inside.”

Visitors at the Museum will now be able to see the ‘witch marks’ during a 3D tour of the cave. 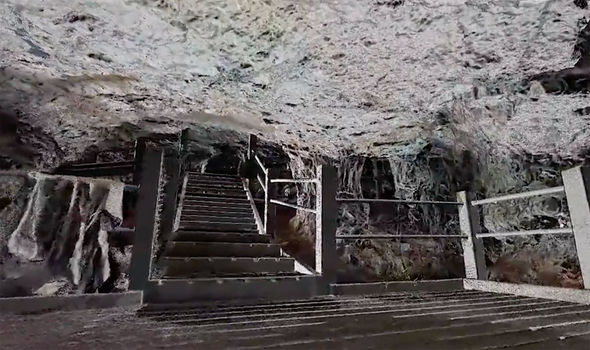 The technology takes visitors on a journey into the depths of the cave and zooms in the scratches on the ceilings and walls.

Meghan Markle and Prince Harry’s first Halloween together PICTURED [PICTURE]
The most haunted places in the world mapped [MAPPED]
Google has a secret Halloween trick, here’s how to find it [INSIGHT]

Paul Baker, Director of Creswell Crags said the said people may never know the true reason behind the markings but insists the sheer number mean the location was once a “significant place”.

Mr Baker said: “We may never know what the makers of these marks were seeking protection from or the fear they experienced.

“But the marks are extremely numerous and the concentration in this chamber suggests that this was a significant place.”