A BIZARRE object was spotted “floating” past the International Space Station (ISS) during NASA’s live feed to the public last year.

NASA astronauts Drew Morgan and Nick Hague are gearing up for the fifth spacewalk of the year on Wednesday. The pair are tasked with installing a new docking adapter on the ISS Harmony module. However, ahead of their six-and-a-half-hour mission, bizarre footage has emerged.

YouTuber Tyler Glockner uploaded the strange video to his channel, showing a white object appearing to move through space.

The conspiracy theorist speculated in 2018: “Notice in camera two down at the lower-left corner, you will notice something very strange begin floating by that certainly does not look like it belongs.

“We’re talking about this strange and mysterious white square that can be seen moving slowly from tight to left through space.

“We have multiple cameras here, other data as to where the ISS is.” 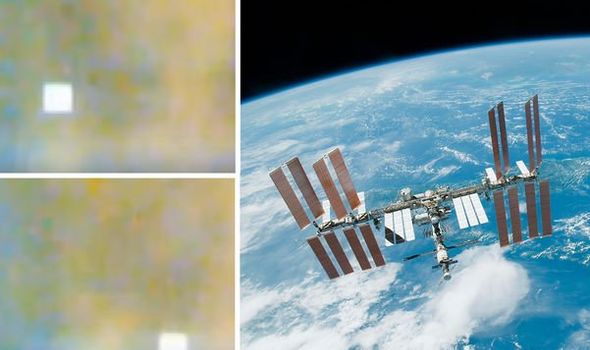 Mr Glockner, who boasts more than two million subscribers on the video-sharing, explained why the video is so pixelated.

He added: “Now some of you may be asking ‘what is this yellow tinge?’

“Well actually, this is just black space, because as you guys saw towards the end of the video, as the camera begins to pan back, this yellow tinge begins to fade away.

“You can also see some of the arms and equipment of the ISS come into focus on the right side of the screen.

“So what you find on many of these ISS cameras is when the lenses are zoomed at a certain point due to the Sun and the low-resolution cameras, sometimes they’ll be showing total darkness and it will have this yellowish tinge. 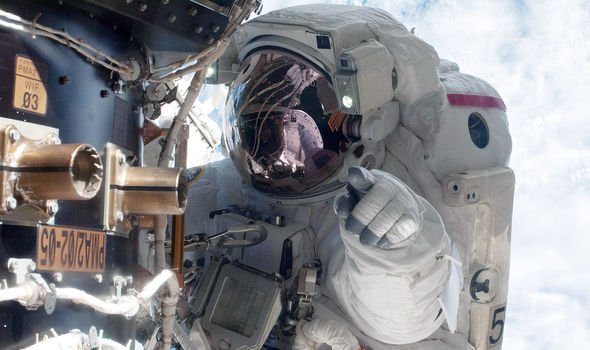 “But whatever this object is, it has taken the form of a white square floating by, and it’s in space.”

Despite initial claims, Mr Glockner admitted it may not have been an alien object.

“I’m not sure if this object is actually floating by or if the camera is simply panning from left to right.

“We do know at one point, towards the end of the video, the camera is definitely panning and sort of zooming which causes this yellow tinge to disappear. 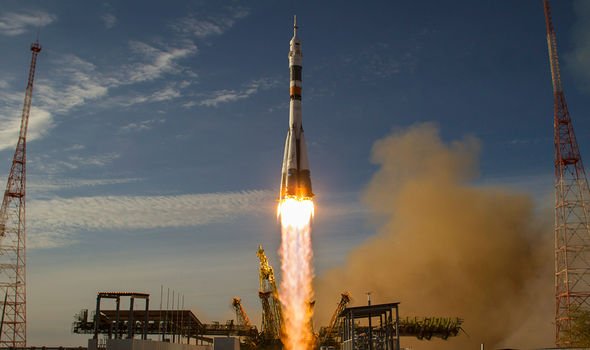 “And because we see to the right of the frame multiple pieces of the space station come into view.”

Before the spacewalk can be safely carried out, the ISS has had to readjust its orbit.

The space station orbits the Earth from a height of approximately 250 miles (402km) in space. For the purpose of the spacewalk, however, a docked Progress 73 spacecraft fired its engines for two 10-minute burns.

The adjusted orbit will also accommodate the arrival of Russia’s Soyuz MS-14 next week.