THE CONSTRUCTION of a Third Holy Temple in Jerusalem will precede the Second Coming of Jesus Christ, a Bible expert has told Express.co.uk.

Many Christians believe the return of Jesus Christ was prophesied in the Holy Bible. Among the chief signs of Jesus’ prophesied return is the construction of a Third Holy Temple in Jerusalem, Israel. The Antichrist will supposedly settle in the Temple in the end days.

According to Professor Tom Meyer, a college professor who has memorised 20 books from the Bible, a council of Jewish rabbis known as the Sanhedrin could “unintentionally” set the stage for Jesus’ return.

He said: “Biblically speaking, a third Jewish Temple is a necessity because Biblical prophecy states that the Antichrist will proclaim himself to be the true Christ in the yet-to-be-built Third Jewish Temple.

“Considering this, perhaps the rebirth of the Sanhedrin with its desire to reinstitute animal sacrifices and build the Third Jewish Temple is unintentionally paving the way for the fulfilment of the Biblical prophecy of the Second Coming of Jesus Christ, the true Jewish Messiah.”

The First Temple of Jerusalem stood until the year 586 BC when it was destroyed by the Babylonians.

A Second Temple was raised but it too was destroyed, this time by the Romans in the year 70 CE.

The temple was destroyed in response to a Jewish revolt and fragments of an extension raised by King Herod the Great still stand in Jerusalem.

The so-called Western Wall or Wailing Wall is one of the holiest sites in Judaism.

Professor Meyer said: “The ancient Sanhedrin functioned until the Roman Empire officially dismantled it in the early Byzantine Period – 358 AD.

“There have been several attempts to renew the Sanhedrin in modern history.

“For example, Napoleon tried to assemble a Sanhedrin around 1800 as did different Rabbis in the 19th and early 20th centuries.

“The first serious attempt to revive the Sanhedrin since the birth of Israel in 1948 was made in 2004 by a coalition of Jewish law experts in Tiberias, where the previous Sanhedrin was disbanded by Rome some 1600 years ago.

“Unlike the other attempts to resurrect the Sanhedrin which failed, this current group of 70 scholars and rabbis has been growing in popularity and influence.”

Rumours of a Third Temple being constructed were stoked in 2018 during Jerusalem’s mayoral election.

DON’T MISS…
What the Bible said must happen before Second Coming of Christ [ANALYSIS]
Coronavirus: The Bible forbids the eating of bats [INSIGHT]
Did the Bible warn us of a deadly asteroid impact? [INSIGHT] 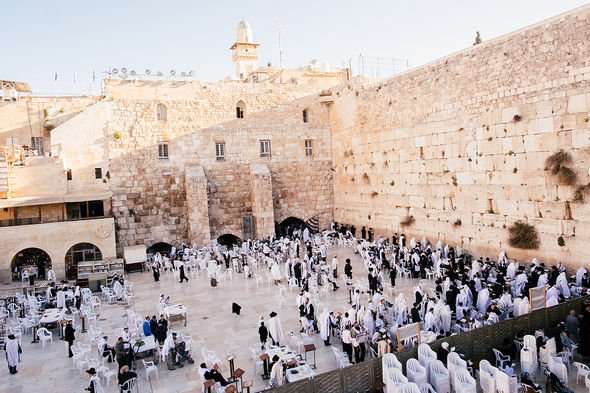 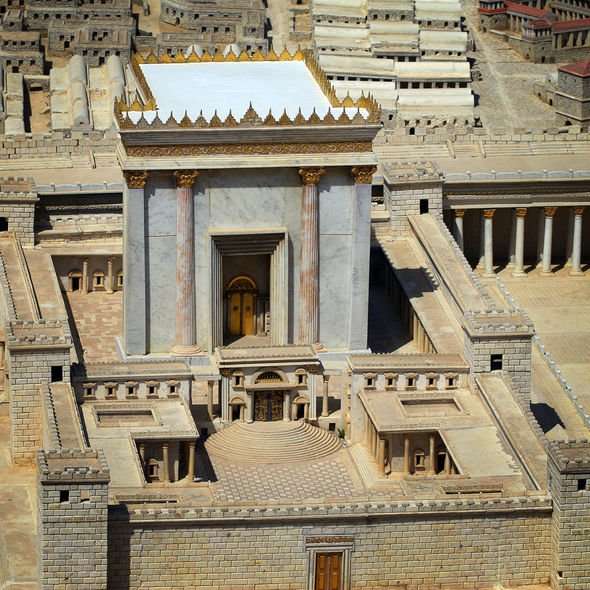 The leading candidates Ofer Berkovitch and Moshe Lion were encouraged to put the construction of a Third Temple on the agenda.

Professor Meyer said the Sanhedrin are now considering the possibility of raising a new temple.

He said: “Among the topics of discussion at their meetings are the possibility of renewing animal sacrifices according to the Mosaic Law and the possibility of preparing prefabricated stones for a Third Temple that can be quickly assembled on the Temple Mount in Jerusalem.”

In his opinion, the assembling of the Sanhedrin is a pre-messianic event worth taking note of.

What does the Bible say about the end of the world?

According to scripture, no one knows when the end days will unfold.

There are, however, some clues hidden in the Bible’s Book of Revelation – a detailed account of the end times.

A passage in Revelation 1:1-8 reads: “The revelation from Jesus Christ, which God gave him to show his servants what must soon take place.

“He made it known by sending his angel to his servant John, who testifies to everything he saw – that is, the word of God and the testimony of Jesus Christ

“Blessed is the one who reads aloud the words of this prophecy, and blessed are those who hear it and take to heart what is written in it, because the time is near.”