MH370 went missing in 2014 while en route to Kuala Lumpur from Beijing with 239 people on board.

The Malaysia Airlines 370 flight disappeared across the Indian Ocean according to its final radar data. But online theorists believe the plane, piloted by Captain Zaharie Shah, could have been secretly found. During the search and rescue of the plane in the ocean, the ship’s Automatic Identification System (AIS) was turned off for days preventing online observers from tracking its movements, ABC reported.

The ship, Seabed Constructor, appeared to make a circle in the Indian Ocean before going “dark” on tracking websites.

Twitter users went on to speculate what was inside the circle and why the tracking system had gone off just a few kilometres outside the circle.

One said: “I’m sticking with my theory that the big circle is a piece of debris, and the line south was to locate the plane. When they think they found it they turned off AIS as protocol.”

While another added: “This is strange. I have never seen a ship do this. Maybe there’s an AUV lost down there?” 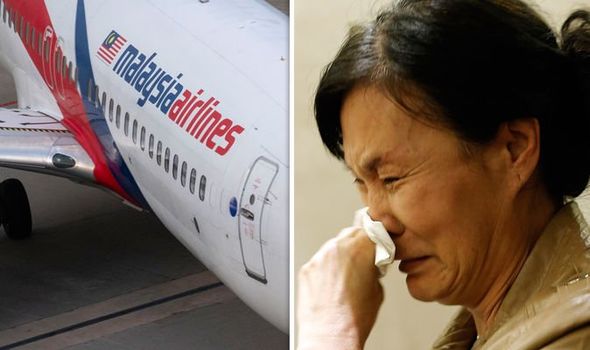 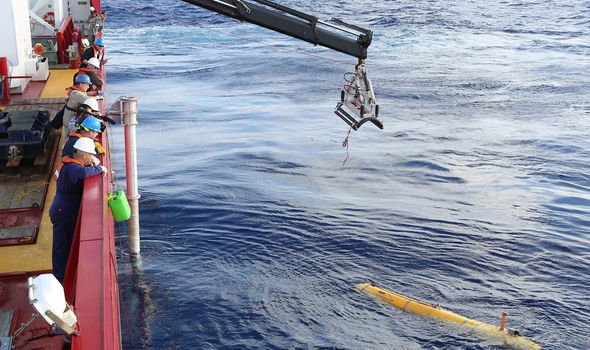 The company had signed a deal with the Malaysian Government to search for 90 days and receive payment between $20 million (£16million) and $70 million (£56million) if it found the plane.

He explained they had a target and wouldn’t receive payment if they didn’t find anything.

A spokesman for Ocean Infinity told ABC News: “The stop was a quick turnaround of the vessel and then continuing with the search.”

While aviation experts added with the AIS turned off, the ship was still visible on marine radar systems.

In 2018, Oliver Plunkett, Ocean Infinity’s CEO, said: “I would firstly like to extend the thoughts of everyone at Ocean Infinity to the families of those who have lost loved ones on MH370.

“Part of our motivation for renewing the search was to try to provide some answers to those affected. It is therefore with a heavy heart that we end our current search without having achieved that aim.”