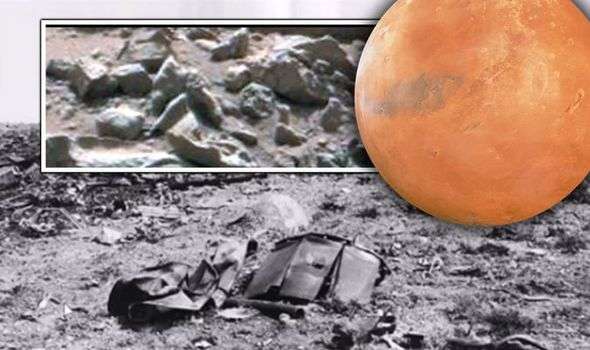 IMAGES of what seem to be a crashed space plane on the surface of Mars look exactly like secret pictures of a downed craft on the ground at America’s famous ‘alien central’ Roswell.

The Mars pictures were taken by NASA’s Curiosity Rover, which landed in the Gale Crater in 2012 as part of the space agency’s Mars Science Laboratory project. The curious spread of debris on the surface of the Red Planet has had space fans, alien hunters and conspiracy theorists talking for years as there does seem to be an outline of some sort of aircraft or space craft. But now one alien hunter has unearthed a picture of what he claims is a downed spacecraft at Roswell and pointed out that the appearance and spread of debris looks remarkably similar.

Joe Whiteart, who runs the successful YouTube channel ArtAlienTV said: “What we are looking at is a crash site. This looks very muck like a crashed aircraft.

“You can see the nose part and the fuselage – these are definitely not rocks.”

Mr Whitehart even speculated there was a mummified pilot clearly outlined in the NASA images and said: “I realised that some of this stuff might actually be the pilot.

The investigator, who counts his fans in the hundreds of thousands, pointed to a classic image of a downed aircraft of some sort at Roswell. 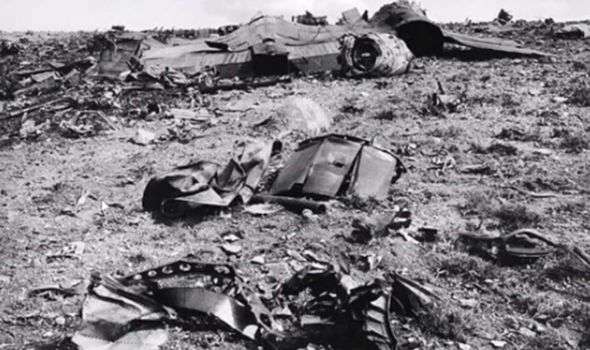 Roswell, in New Mexico, USA is arguably the world’s most famous town for alien hunters after reports a UFO had crash landed there in 1947.

The United States Army Air Force said a weather balloon crashed at a ranch near Roswell but ufologists were not convinced.

Further conspiracy theories emerged that actual alien beings had been recovered by the military who then engaged in a cover-up.

Whatever the truth there is little doubt that something crashed at Roswell. 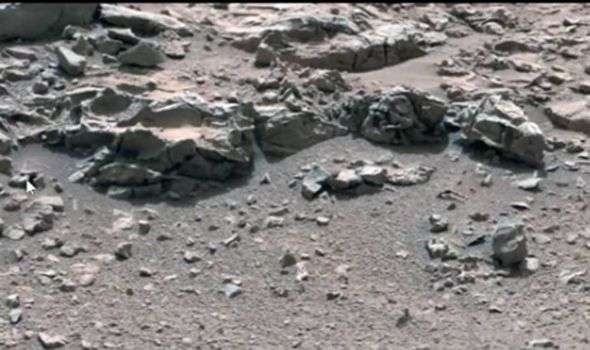 Mr Whiteart said: “The photo of the Roswell crash debris does not look like a UFO but neither does it look like a weather balloon. What it does look like is an aircraft.

“A lot of UFO’s at Roswell were probably test aircraft. But here we’ve got parts of the engine and wings and manifold all broken up.

“It’s almost identical to the other wreckage.

Whether Mr Whiteart is correct is almost impossible to prove but the pictures will give alien hunters and conspiracy theorists stuff to argue over for years.