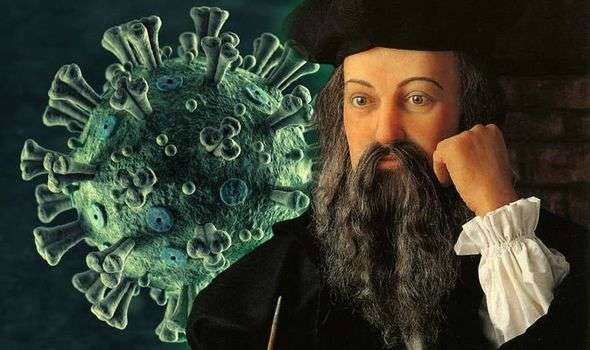 CORONAVIRUS has infected more than 1,000 people in Italy, triggering the biggest outbreak of COVID-19 in Europe – but was this coronavirus outbreak predicted by Nostradamus when he wrote of a “very great plague” in Italy?

The coronavirus has spread to at least 67 countries since December last year and has infected more than 87,000 people globally. The coronavirus disease (COVID-19), which first appeared in China’s Wuhan City, has recently found a strong foothold in Italy.

As of Sunday, March 1, at least 1,128 people across the country have tested positive for the virus SARS-CoV-2.

With the world scrambling to contain the epidemic, bizarre rumours and conspiracy theories about the virus’ origin are rife on the internet.

Social media users have bizarrely claimed the epidemic was predicted by the 16th-century apothecary and writer Michel de Nostredame, better known as Nostradamus.

“Stock markets in free fall… the impact will be devastating. A seer, Nostradamus predicted these dire, catastrophic circumstances. Scary times…” 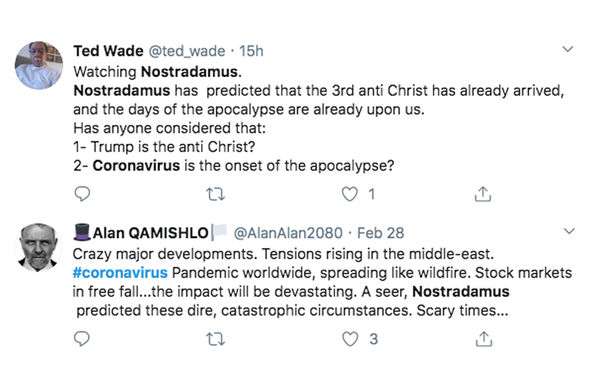 Ted Wade also tweeted: “Watching Nostradamus. Nostradamus has predicted that the third anti Christ has already arrived, and the days and the apocalypse are already upon us.

“Has anyone considered that: 1- Trump is the anti Christ? 2- Coronavirus is the onset of the apocalypse?”

Another person said: “#Nostradamus in Century 2:53, warns: ‘The great plague of the maritime city. Will not cease until there be avenged the death. Of the just blood, condemned for a price without a crime.’ #coronavirus”

But is there any evidence behind the outrageous Nostradamus claims?

The French mystic penned his cryptic prophecies in four-lined poems known as quatrains.

The majority of Nostradamus’ quatrains were penned in his 1555 Magnum Opus Les Propheties.

Nostradamus has predicted that the third anti Christ has already arrived

In one of his quatrains, the 16th-century prophet warned of a plague striking a number of cities in Italy.

“Very great plague will come with the great shell,

“Relief near, and the remedies very far.”

DON’T MISS
Did Nostradamus predict the Coronavirus outbreak? [INSIGHT]
Coronavirus UK: Should you stockpile food and medicine? [ANALYSIS]
Experts reveal if coronavirus will die off in warm weather [INSIGHT] 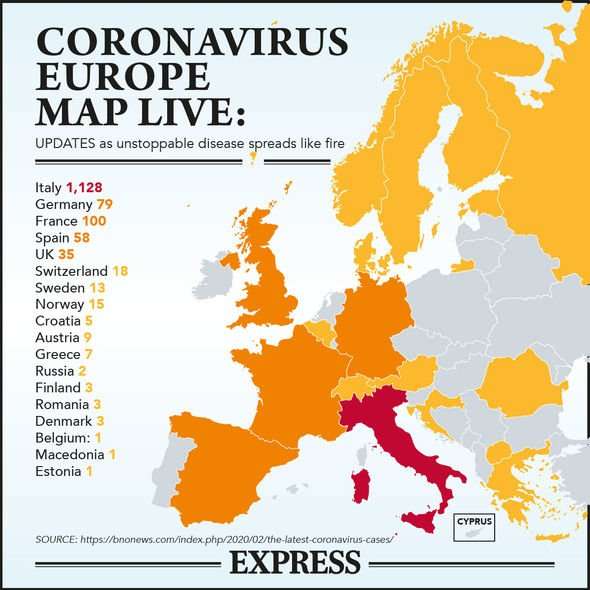 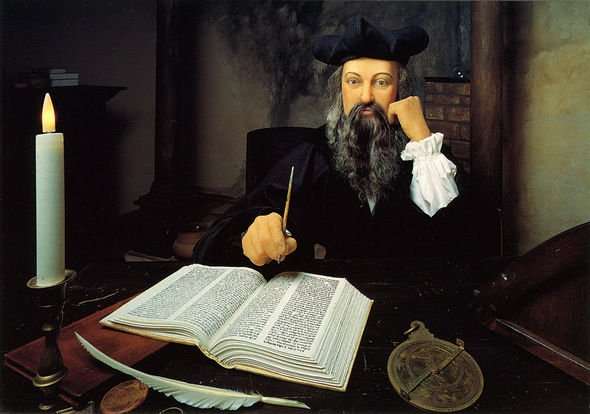 In another quatrain, Nostradamus mentioned a “great plague” and the Italian city of Lucca.

Century III, Quatrain 19 reads: “In Lucca it will come to rain blood and milk,

“Shortly before a change of praetor:

“Great plague and war, famine and drought will be made visible,

“Far away where their prince and rector will die.”

Plague is also mentioned in relation to France, where more than 100 people have fallen ill with COVID-19.

“Plague, thunder and hail in the wake of Mars:

Should you believe in any Nostradamus prophecies?

According to Brian Dunning, the author and host of the Skeptoid podcast, there is nothing prophetic about Nostradamus’ writings.

The sceptic added: “Michel de Nostredame was truly one of the brilliant lights of his day, but to subscribe to false stories and urban legends is to disrespect who the man actually was.

The Decade in Astronomy: These Space Discoveries Shaped the 2010s