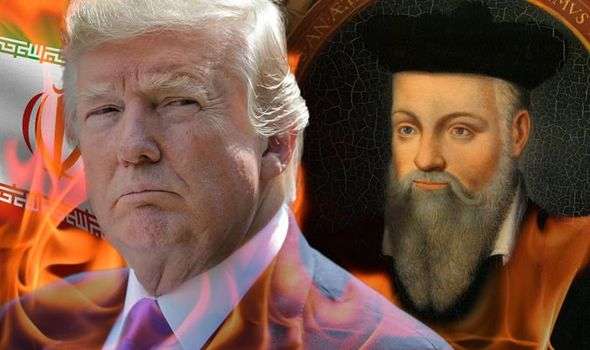 NOSTRADAMUS’ chilling predictions of the future make him the leading authority on future events – but did the 16th-century apothecary predict the outbreak of World War 3?

Michele de Nostredame, commonly known as Nostradamus, is said to have predicted a time when “the East will weaken the West”. The scenario came close to unfolding in the new year when tensions between the United States and Iran escalated into an exchange of fire.

Iran retaliated in the early morning hours of January 8 with coordinated missile attacks on US army bases in Iraq.

As both countries locked horns in the Middle East, many feared the tensions could escalate into a full-blown World War 3 scenario.

But what did Nostradamus have to say about the possibility of a war breaking out in the future? 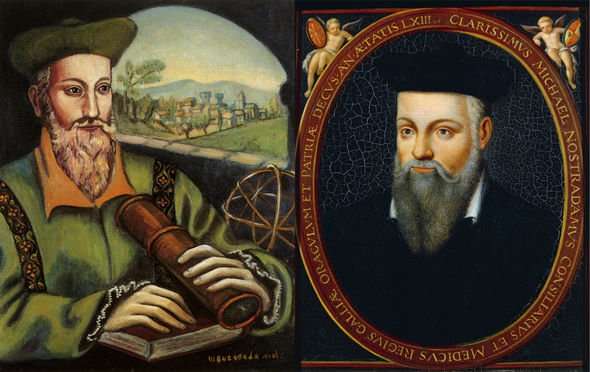 The French prophesier is attributed with penning his predictions of the future 1555 magnum opus Les Propheties – a collection of cryptic passages dubbed quatrains.

One quatrain, in particular, is considered by many to be a forewarning of a global war breaking out.

The quatrain reads: “Twice put down, the East will also weaken the West.

“It’s adversary after several battles chased by sea will fail at time of need.”

Another quatrain penned by Nostradamus bears a striking resemblance to the attack on General Soleimani.

The quatrain reads: “The great man will be struck down in the day by a thunderbolt.

“An evil deed, foretold by the bearer of a petition.”

General Soleimani was a widely loved and venerated figure in Iran, said to be second in power only to the Supreme Leader Ayatollah Ali Khamenei.

The “evil deed” mentioned by Nostradamus could be a reference to how the world reacted to the drone attack on General Soleimani. 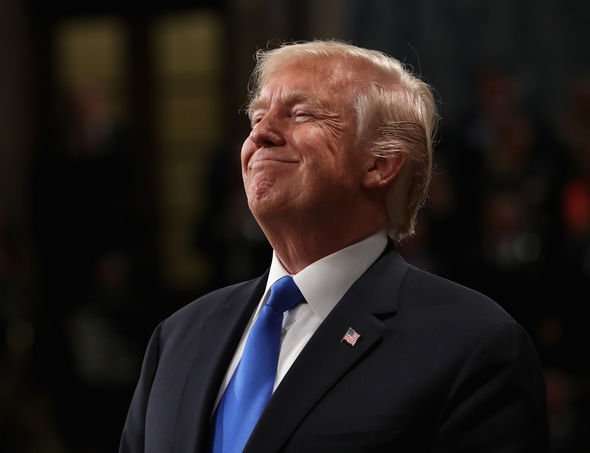 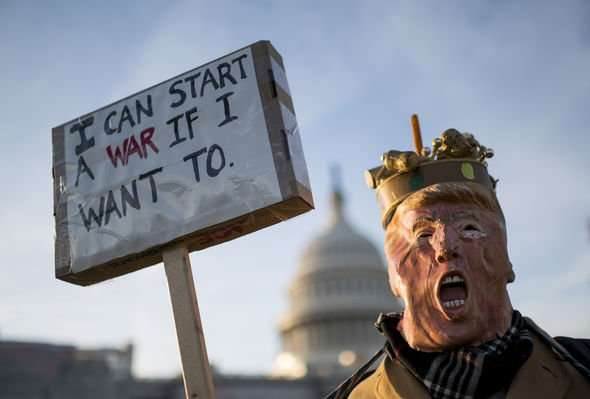 According to AFP, protesters in Iran dubbed the US the “axis of any evil” and called for “death to America”.

In another quatrain, Nostradamus wrote: “Too late both the flowers will be lost, The serpent will not want to act against the law:

“The forces of the Leaguers confounded by the French, Savona, Albenga through Monaco great martyrdom.”

And in Century XII, Quatrain 56, Nostradamus wrote: “The accord and peace will be broken everywhere: Friendships polluted by discord:

“Hatred awakened, all faith corrupted, And hope. Marseilles without concord.”

Fortunately, most sceptics agree Nostradamus’ cryptic messages are not genuine predictions of the future.

Although Nostradamus’ followers claim the French prophet predicted the rise of Adolf Hitler in 1933 and the Great Fire of London in 1666, the predictions require a great deal of hindsight to match up with historical events.

The author of the Skeptoid podcast Brian Dunning said: “Nostradamus’ writings are exploited in a number of fallacious ways.