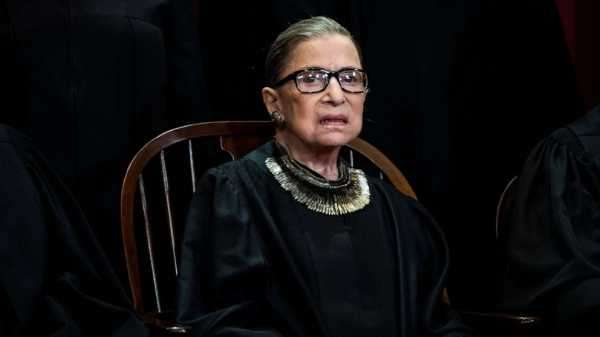 Supreme Court Justice Ruth Bader Ginsburg has been discharged from the hospital, a court spokeswoman said, after having been admitted on Friday night for a possible infection.

She was home and doing well, according to the spokeswoman.

Ginsburg, 86, was admitted to The Johns Hopkins Hospital in Baltimore after experiencing chills and a fever earlier on Friday, according to a court news release. She was initially evaluated at a hospital in Washington before being transferred for further evaluation and treatment of any possible infection.

On Saturday, the news release indicated that her symptoms had abated as she was being treated with intravenous antibiotics and fluids. She was expected to be released from the hospital as early as Sunday.

The court’s oldest member and a celebrated feminist icon, Ginsburg has had a number of recent health scares. 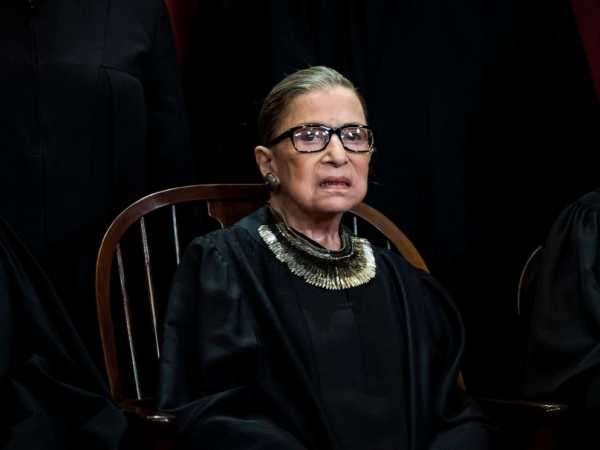 Associate Justice Ruth Bader Ginsburg poses with other Justices of the United States Supreme Court during their official group photo at the Supreme Court, Nov. 30, 2018, in Washington, D.C.

In the past year, she had surgery for lung cancer and radiation treatment for pancreatic cancer. She survived two earlier bouts of cancer in 1999 and 2009. In August, following a course of radiation treatment, doctors said Ginsburg’s “localized malignant tumor” on the pancreas was “treated definitively.”

“There is no evidence of disease elsewhere in the body,” spokeswoman Kathy Arberg said at the time.

Earlier this month, Ginsburg had a rare absence during oral arguments for what the court described as a stomach bug.

Despite her medical challenges, Ginsburg has remained an active member of the court. On Friday, before her hospitalization, Ginsburg attended the justices’ weekly private conference at the court and appeared at an outside function. She has kept up an aggressive schedule of official travel and public appearances, which she has said, “kept me going” physically.

“I think my work is what saved me,” Ginsburg said in September, “because instead of dwelling on my physical discomforts, if I have an opinion to write or brief to read I know I’ve just got to get it done and have to get over it.”

Ginsburg has continued to participate in all cases before the court this term; she is often the first justice to ask a question during oral argument.

“Ruth works harder than most of us,” said Justice Sonia Sotomayor of her colleague in a joint appearance this fall at the Library of Congress.

Ginsburg, appointed to the court by President Bill Clinton in 1993, has said publicly that she is determined to continue serving on the bench “as long as I’m healthy and mentally agile.”

The Supreme Court will hold its next public session on Monday, Dec. 2, when the justices will convene to hear its first case on gun rights in a decade.