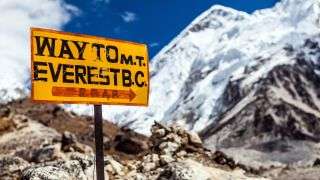 Due to climate change, glaciers near Mount Everest have lost ice mass. New analysis shows that the loss is even greater than expected.

Using these decades-old images — along with recently-collected data — researchers generated digital surface-elevation models of the glaciers, creating a highly detailed record of melt. From 1962 to 2018, the glaciers along Mount Everest’s flanks had shrunk significantly from the top down, according to research presented on Dec. 13, 2019, here at the annual meeting of the American Geophysical Union.

During the late 1950s, U.S. intelligence officials devised a plan to take to the skies to peek behind the Iron Curtain and spy on the Soviet Union. A secret satellite surveillance mission, code-named Corona, launched in 1960 and ended in 1972, according to the CIA website. This joint effort, helmed by the CIA, the U.S. Air Force and private industry experts, collected photographs of locations across Eastern Europe and Asia.

By the time these images were declassified, in 1995, the mission had amassed more than 800,000 photos. These included numerous views of the Himalayas, offering scientists an unprecedented glimpse of how the region’s glaciers had changed over time, said Tobias Bolch, a lecturer for remote sensing with the School of Geography and Sustainable Development at the University of St. Andrews in the United Kingdom.

Bolch and his colleagues combined analysis of these satellite photos with aerial images and modern satellite views, to visualize glacier ice mass loss since the 1960s.

As Earth warms, many glaciers’ outermost boundaries visibly retreat and expose the rock underneath, so it’s easy to spot where ice has been lost. For the new investigation, the scientists sought a missing piece of the puzzle: how loss of ice might affect a glacier’s height, Bolch told Live Science. They found the first signs of significantly reduced ice dating back to the 1960s.

Overall, the researchers found that Rongbuk and Khumbu glaciers, where Everest base camps are located, had thinned by more than 260 feet (80 meters) over 60 years, while Imja glacier lost more than 300 feet (100 m) of ice during the same timespan.

The researchers also found that ice loss sped up in recent decades, with the acceleration beginning in the 1980s, Bolch said.

This new data about vanished ice suggests that the region’s supply of stored fresh water is draining away quicker than computer models have predicted. Runaway glacial ice loss could also destabilize popular mountaineering trails near Everest, heightening the risks for hikers and climbers, Bolch said.