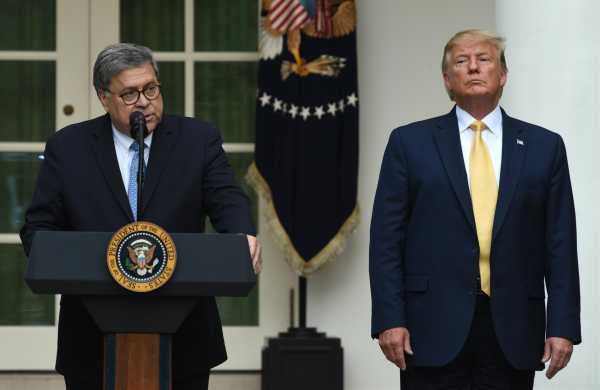 Republicans control the White House, the Senate, and the Supreme Court. They have 27 governorships and governing trifectas in 21 states. But many conservatives — particularly Christian conservatives — believe they’re being routed in the war that matters most: the post-Christian culture war. They see a diverse, secular left winning the future and preparing to eviscerate both Christian practice and traditional mores. And they see themselves as woefully unprepared to respond with the ruthlessness that the moment requires.

Enter Donald Trump. Whatever Trump’s moral failings, he’s a street fighter suited for an era of political combat. Christian conservatives believe — rightly or wrongly — that they’ve been held back by their sense of righteousness, grace, and gentility, with disastrous results. Trump operates without restraint. He is the enemy they believe the secular deserve, and perhaps unfortunately, the champion they need. Understanding this dynamic is crucial to understanding the psychology that attracts establishment Republicans to Trump, and convinces them that his offense is their best defense.

If this sound exaggerated, consider two recent speeches given by Attorney General William Barr. Barr is a particularly important kind of figure in the Trump world. He previously served as attorney general under George H.W. Bush, and had settled into a comfortable twilight as a respected member of the Republican legal establishment. It’s the support of establishment Republicans like Barr that gives Trump his political power and protects him from impeachment. But why would someone like Barr spend the end of his career serving a man like Trump?

Speaking at Notre Dame in October, Barr offered his answer. He argued that the conflict of the 20th century pitted democracy against fascism and communism — a struggle democracy won, and handily. “But in the 21st century, we face an entirely different kind of challenge,” he warned. America was built atop the insight that “free government was only suitable and sustainable for a religious people.” But “over the past 50 years religion has been under increasing attack,” driven from the public square by “the growing ascendancy of secularism and the doctrine of moral relativism.”

This is a war Barr thinks progressives have been winning, and that conservatives fight in the face of long institutional odds.

Whatever political power conservatives hold, progressives occupy the cultural high ground, and they strike without mercy. “Those who defy the [secular] creed risk a figurative burning at the stake,” says Barr, “social, educational, and professional ostracism and exclusion waged through lawsuits and savage social media campaigns.”

In a November speech before the Federalist Society, Barr expanded on the advantage progressives hold. It’s worth quoting his argument at length:

Robert Jones, president of the Public Religion Research Institute, estimates that when Barack Obama took office, 54 percent of the country was white and Christian; by the time he left office, that had fallen to 43 percent. This is largely because young Americans are less white, and less Christian, than older Americans. Almost 70 percent of American seniors are white Christians, compared to only 29 percent of young adults.

In 2018, Americans who claim no religion passed Catholics and evangelicals as the most popular response on the General Social Survey. That arguably overstates the trend: The GSS breaks Protestants into subcategories, and if you group them together, they remain the most populous religious group, at least for now. But the age cohorts here are stark. “If you look at seniors, only about one in 10 seniors today claim no religious affiliation,” Jones told me. “But if you look at Americans under the age of 30, it’s 40 percent.”

These are big, dramatic changes, and they’re leading Christians — particularly older, white, conservative Christians — to experience America’s changing demographics as a form of siege. In some cases, that experience is almost literal.

The political commentator Rod Dreher blogs for the American Conservative, where he offers a running catalog of moral affronts and liberal provocations. He doesn’t simply see a society that has become secular and sexualized, but a progressive regime that insists Christians accept and even participate in the degeneracy or fall afoul of nondiscrimination laws and anti-bigotry norms.

“I completely concede that religious conservatives, social conservatives, have lost the cultural war,” he told me in a podcast conversation. “The other side is just bouncing the rubble and it seems that they will not be satisfied until they grind my side into the dirt.”

In 2017 Dreher published The Benedict Option, arguing that Christians should retreat into monastic communities where they can live their faith in peace and wait for a decadent culture to consume itself. “We in the modern West are living under barbarism, though we do not recognize it,” he writes. “Our scientists, our judges, our princes, our scholars, and our scribes—they are at work demolishing the faith, the family, gender, even what it means to be human. Our barbarians have exchanged the animal pelts and spears of the past for designer suits and smartphones.”

It was never quite clear what Ahmari’s more ruthless form of conflict required, but it began with a recognition that the condition of conservative Christianity was too desperate to countenance the niceties of liberal democracy.

But many Christian conservatives have come up with an answer both coarser and clearer than Ahmari’s musings: Donald Trump. Liberty University President Jerry Falwell Jr. put it sharply:

This is the context not only for Barr’s speeches and his service to Trump, but for much of the Republican Party’s embrace of Trump. White evangelicals were the base of Trump’s support in the 2016 GOP primary, and they voted for him in the general election in higher numbers than they voted for George W. Bush.

It’s this apocalyptic psychology that motivates the strained defenses of even Trump’s worst behavior. If the left can even destroy Trump, then what chance do conservatives have? Liberals can hypothesize all they want about why Republicans should prefer Mike Pence, but the reality is that if Republicans joined with Democrats to remove Trump from office, the left would annihilate Pence in the aftermath, and what Barr calls “the scorched earth, no-holds-barred war of ‘Resistance’” would grab hold of the full powers of the federal government and turn them against the right.

In his interview with my colleague Sean Illing, National Review editor Rich Lowry said that Trump, who he once opposed, has been steadfast “on pro-life stuff, on conscience rights, on judges.” The downside, Lowry admitted, is “he doesn’t respect the separation of powers in our government, he doesn’t think constitutionally, and says and does things no president should do or say.”

That seems like a pretty big downside! But, Lowry continued, “at the end of the day, we’re asked to either favor Trump or root for Elizabeth Warren or Bernie Sanders or Joe Biden or Mayor Pete, who oppose us on basically everything. So it’s a pretty simple calculation.”

The irony of all this is that Christian conservatives are likely hastening the future they most fear. In our conversation, Jones told me about a 2006 survey of 16- to 29-year-olds by the Barna Group, an evangelical polling firm, that asked 16- to 29-year-olds for their top three associations with present-day Christianity. Being “antigay” was first, with 91 percent, followed by “judgmental,” with 87 percent, and “hypocritical,” with 85 percent. Christianity, the Barna Group concluded, has “a branding problem.”

It seems unlikely that that branding problem will be fixed by a tighter alliance with Trump, who polls at 31 percent among millennials and 29 percent among Generation Z. If young people are abandoning Christianity because it seems intolerant, judgmental, and hypocritical — well, intolerant, judgmental, and hypocritical is the core of Trump’s personal brand.

That said, I take William Barr at his word. I believe he looks out at the landscape of contemporary America and sees a country changing into something he doesn’t recognize, that he believes Christianity is under an assault from which it may not recover and Trump, whatever his faults, is their last, best hope. And it’s the support of Republicans like Barr that ensures Trump’s survival.

The fundamental question raised by the impeachment hearings isn’t: What did Trump do? The hearings have added details and witnesses to the account first offered by the whistleblower and later confirmed by the White House call record, but the narrative stands largely unchanged.

Instead, the question raised is: Why is the Republican Party accepting, and even defending, what Trump did?

Barr’s speeches, and the worldview they describe, are a big part of the answer.

Ursids Meteor Shower peaks tonight – how to see a shooting...