ALIEN fungus-like floating super structures exist on the far side of the Moon, a UFO hunter has controversially claimed.

Waring begins by examining a wide angle shot of the Moon, containing structures he describes as “absolute proof of life on the dark side of the Moon.

Absolute proof of life on the dark side of the Moon

He said: “There is not really a dark side of the Moon, as that is really a myth.

“As you can see, there is actually quite a bit of light.

“What is really interesting about these structures here is how they are throwing shadows.

“If they were not structures and they were this tall, they would not be throwing shadows. 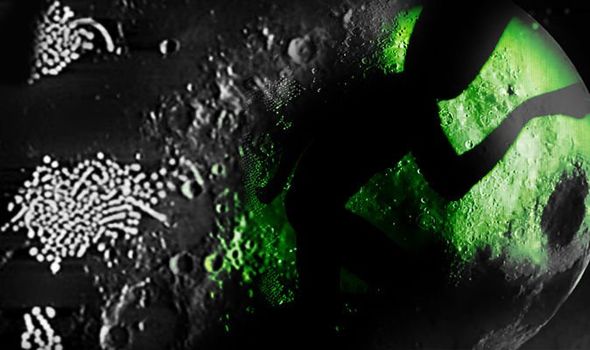 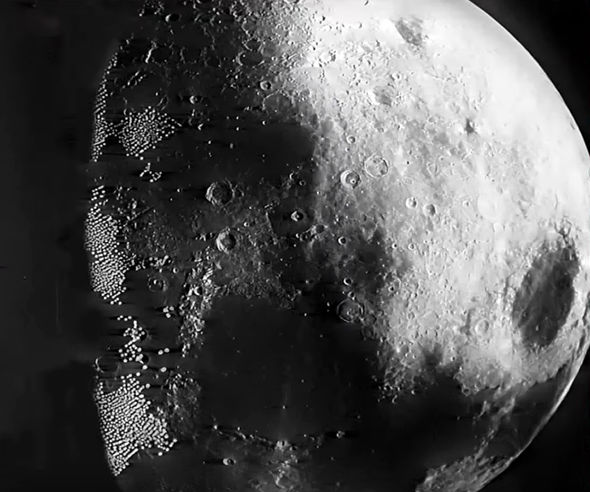 Waring proceeds to speculate whether US-based space agency NASA has been involved in an alien conspiracy theory cover-up.

He said: “These structures are dotted along along the darken edge.

“I am not sure why the Moon’s edge is so dark at the edges.

“I am kind of wondering whether NASA deliberately made it darker.”

The extraterrestrial advocate then zooms into the image of the pockmarked orb to get a closer look at the strange shapes.

And after adding brightness to the image, the shadows left by the baffling bacteria-like structures is all the more apparent.

He said: “They are throwing shadows in both directions.

“Now, if these structures are not real, then why are they throwing shadows?

“A lot of people say here structures are artefacts from the photographic process.

“But, honestly these are original photos from the dark side of the Moon. 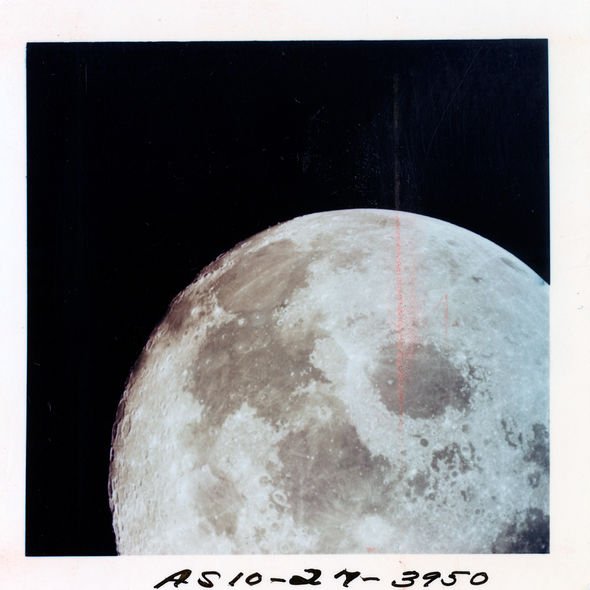 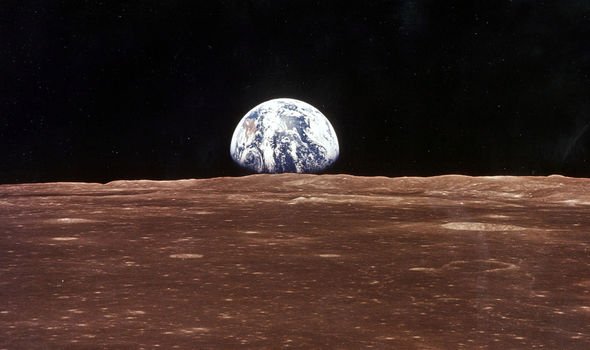 “So why have areas been black-out at the top of the image?

“Why would NASA black some areas out, but not the strange fungus structures?

The puzzling photo is next made darker in an attempt to bring-out the 3D-ness of the supposed alien structures.

Waring bizarrely added: “These structures are not actually on the surface, but are above the surface.

While Bhami pedantically corrects Waring’s use of lunar terminology, writing: “Please stop saying ‘dark’ side of the moon.